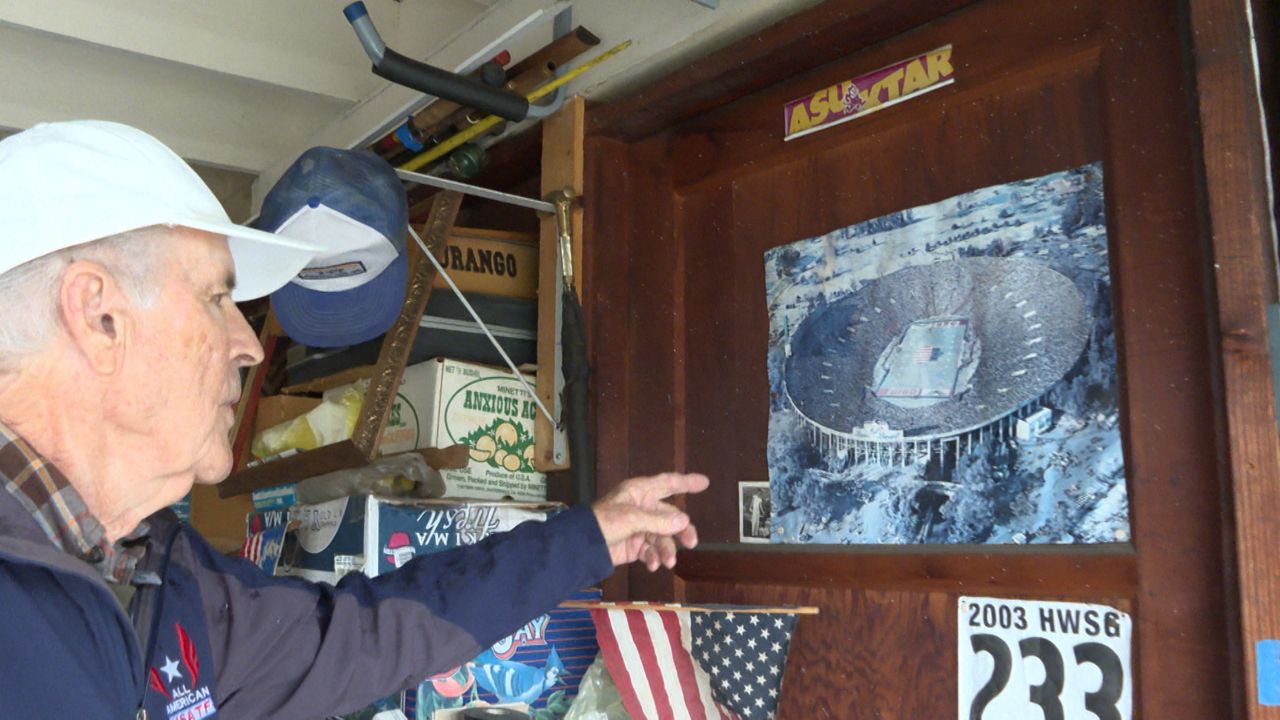 What Losing the Rose Bowl Game Means for Pasadena, LA

PASADENA, Calif. — New Years Day is usually a celebration in Pasadena. The streets are full of tourists and football fans to see the historic Rose Bowl football game and Rose Parade. But the first day of 2021 will not bring revelers and sports enthusiasts to Pasadena this year.

The football game was moved to Arlington, Texas, and the parade is virtual. The move is a disappointment for Pasadena residents and many local businesses that rely on the New Year's Day boon throughout the year.

Lifelong Pasadena resident Donald Leis said he has been attending the Rose Bowl since he was a teen, initially sneaking under the fence to get into the stadium. By 1948, he was purchasing his own tickets. He's kept those tickets, stashed away, along with lots of other Rose Bowl memorabilia. Leis said he and the Rose Bowl "grew up together."

The economic boost each year from the Rose Bowl has also helped the city of Pasadena grow. Pasadena Chamber of Commerce President Paul Little said the city is already feeling the financial loss after this devastating year for businesses everywhere.

"Not having the Rose Bowl game here is a $40 million loss alone," Little said.

The rest of the county will also miss the money. People visit Los Angeles from around the country to watch the New Year's Day events and travel to other parts of the city to visit amusement parks, restaurants, and shops.

"The people that might come to Pasadena for [the] parade also come with the intention of visiting a whole lot of other places and spending a lot of money in the region," Little said.

Forgoing the Rose Bowl this year is also an emotional loss, he said. Pasadena is the "center of the Universe on Jan. 1st," Little said, and this year, that's not the case.

So Little, Leis, and all of Los Angeles will have to wait and see what 2021 brings, and hope the 2022 New Year's Day events bring the Rose Bowl home.