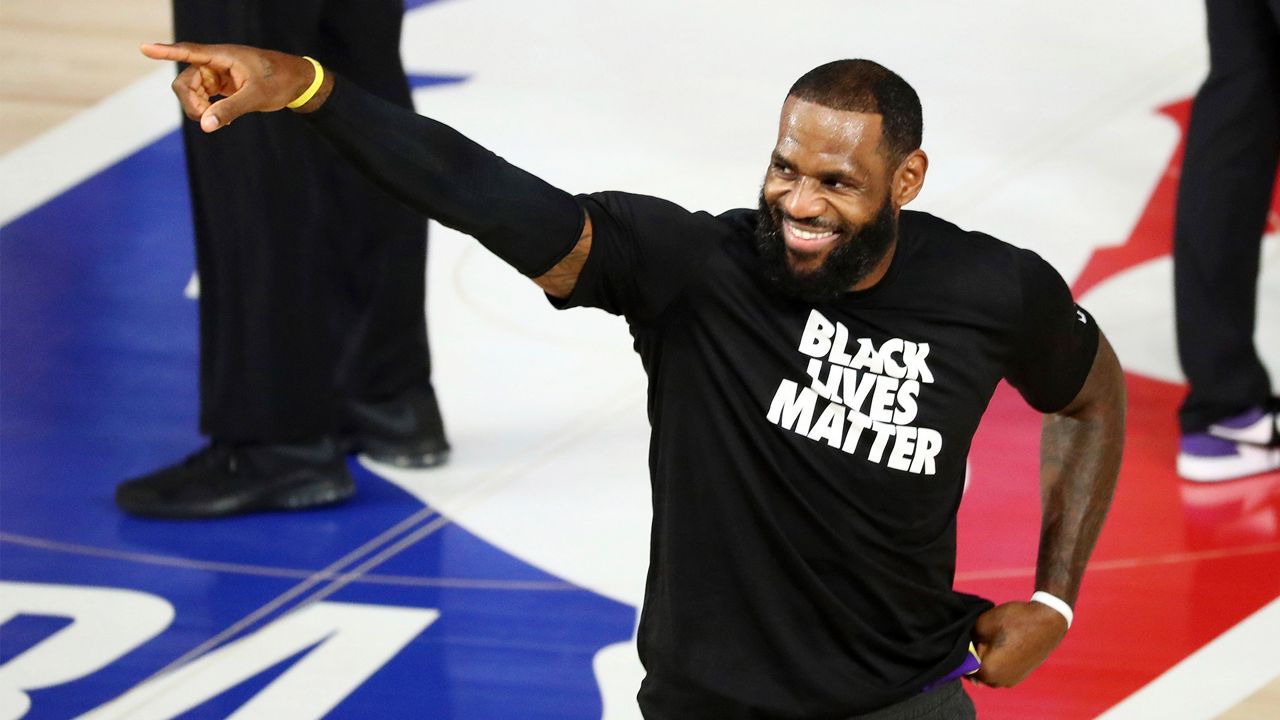 LeBron James on Importance of Voting This November

EL SEGUNDO, Calif. — LeBron James is leading the charge in the Black Lives Matter movement and getting people out to vote safely in this year's presidential election and he's doing it all from the Bubble in Lake Buena Vista, Florida.

James, whose Lakers moved on to the second round of the playoffs last week, has more to focus on than just basketball. He sat down with Access SportsNet: Lakers' Allie Clifton to discuss what he and other players in the NBA have asked for in order to return to play.

"In order for us to continue to play this season we needed a plan, we wanted a plan, and when we had that plan, we took it to action," James said. "One of [the plans] is having the majority of all our arenas in the NBA being polling sites for voters, which is very important. It's a safe location and it's going to bring in a lot of people."

"Another [plan] is having ads throughout the course of the playoffs. Just continuing to educate people on voting, continuing to enlighten them, and to let them know their vote really counts and that it matters and we all want change," James added.

Since the shooting of Jacob Blake two weeks ago in Kenosha, Wisconsin, LeBron and other players' focus has been on the relationship of police with the Black community. "Obviously police brutality is right there at the top of what's going on in America. Racism obviously is right there at the top. And we know we can't change that in a day or a year or centuries or decades. But with one push forward, and another push here, and another push here things will be better for everyone and that's just something that we all believe in."

LeBron is also looking ahead to November's presidential election and how he and other NBA players can help make a difference. He has already partnered with the NAACP for National Poll Worker Recruitment Day, which took place on Tuesday. "For us being able to partner with the NAACP, we're trying to get all of the younger women and the younger men to try to go in and work the polling sites, to make it a lot safer for our generation that came before us."

Today is National Poll Worker Recruitment Day. More to come, but our community needs poll workers on Election Day. @Morethanavote and @NAACP_LDF is partnering on national campaign to recruit. You can sign up at https://t.co/T8WdsO25mX #BlackLivesMatter

James stressed that keeping the older generation safe and healthy was very important to him and other players and that getting people out to vote this November is one of his top priorities this fall. James said, "That's very important and we've got a great response from that and a lot of places and hopefully we can continue to get the people in there when we open up, when we open these doors to these arenas and all these places that we have, because it's going to be very important once November hits."