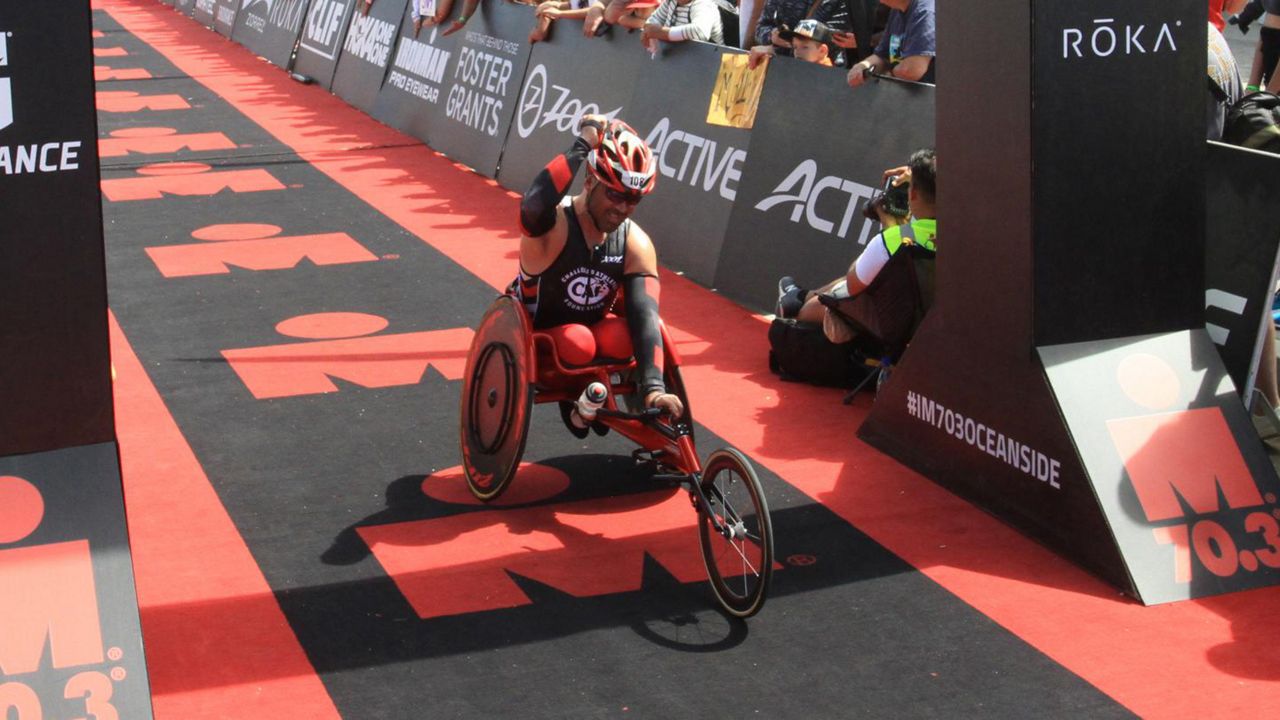 LOS ANGELES – Every summer for the last five years, hundreds of athletes have descended upon the UCLA campus for an adaptive sports event.

Dubbed the Angel City Games, the four-day festival is the signature event for Angel City Sports — a chance for the adaptive sports community to come together and network in a unique and fun way.

This year though, much like many other live sporting events around the globe, the Angel City Games fell victim to the coronavirus pandemic.

But rather than cancel it completely, founder Clayton Frech took a cue from his athletes and adapted.

"Our community tends to already feel and probably be socially isolated and so now, we felt we needed to do something big, special and kinda flashy to bring the community together," Frech said.

He decided to take the games from UCLA and bring them online.

In a time that's been so difficult for so many, Frech believed it was important to give his community something to look forward to.

“It’s really the soul of the organization, it’s such a huge part of what we do all year long," Frech said.

And his athletes are grateful for the opportunity.

Rob Balucas is one of hundreds who will participate over the three week online event. Through his injury, he's learned to make the best of every situation.

He's taken that mentality and altered it to the situation he's now in. The pandemic is something out of his control, but he can choose to take advantage of the virtual event.

“When you’re forced into something you don’t want, but you have to deal with, that’s our game," Balucas said with a laugh. "To give people a framework to do that stuff through the games is an awesome asset to play together.”