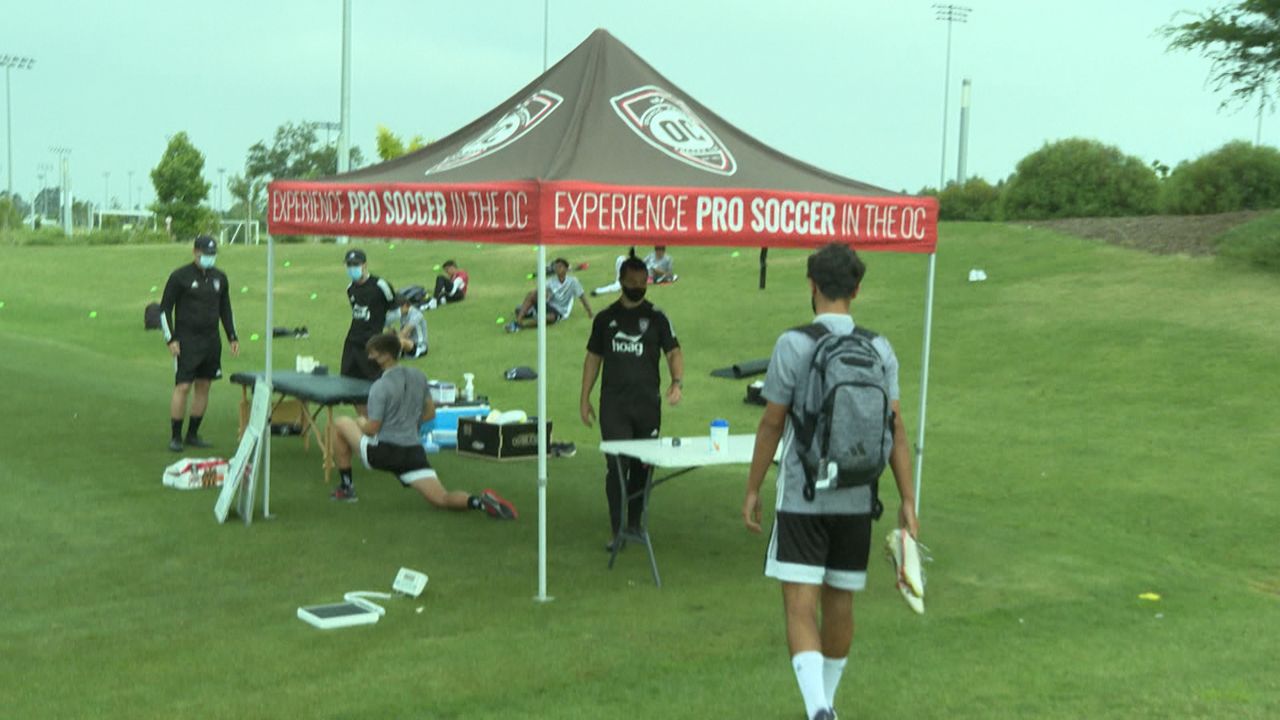 Francis Jacobs first kicked a soccer ball before he can even remember. His whole family played, so he says it was just natural that he also started playing soccer. Jacobs says he also plays basketball, but admits, “Probably better at soccer than other sports.”

The now fifteen-year-old from Laguna Beach excels at soccer. So much so, his skills earned him national team call-ups with the United States U-14 National Team and participated in the 2018 U.S Junior National Team camp.

His talent caught the eye of the local professional team, Orange County Soccer Club, and he was offered a spot on the team roster. On July 26, 2019, Jacobs became the youngest person to sign a professional sports contract in the U.S. Jacobs signed the contract when he was just 14 years, 4 months, and 29 days old.

During the past few months, however, he’s had to stick to working out and training at home. “Training by myself, and trying to get more fit,” Jacobs said. But June 30, 2020, the team hosted its first in-person, full-contact practice. The team says it was the first professional team in SoCal to return to in-person training.

Practice looks a little different now than it did before the pandemic. Jacobs and team members are required to take a survey before they show up to the practice field. “To see if we have any symptoms or anything like that," he said.

Players are required to show up to practice dressed to play, and wearing a mask. Each team member also gets their temperature checked at check-in. Once players are cleared, they put on their cleats and shin guards, stretch, remove their masks, and get ready to practice.

Head coach Braeden Cloutier says Jacobs is a very talented player. “Physically he can hold his own. Emotionally he’s right up there with the top players when it comes to being disciplined,” he said.

With everything being virtual the past few months, keeping his players disciplined and hungry for the game has been Cloutier's biggest challenge. The coach is excited to be back on the pitch with his players. “I’m ecstatic. I mean for all of us, it’s never been this long of a break in our lives, in our careers," he said.

Before the pandemic shut things down, Jacobs got a taste of what it's like to be a professional soccer player. He was able to play with a partner team in Scotland, and also played in a tournament in Qatar. This season, the teen is hoping to make his debut in the United Soccer League, even though it would likely be without fans in the stands.

“It’ll be weird because I’ve never played in an atmosphere like that, but it should be pretty cool," he said.

While Jacobs admits he worries about COVID-19 potentially spreading among teammates and potentially ending the team’s season, he says he won’t let the pandemic get in the way of playing his best.

The Orange County Soccer Club takes on the Phoenix Rising Football Club Thursday, July 16, at the Great Park in Irvine. It is the team’s first game since March 6.