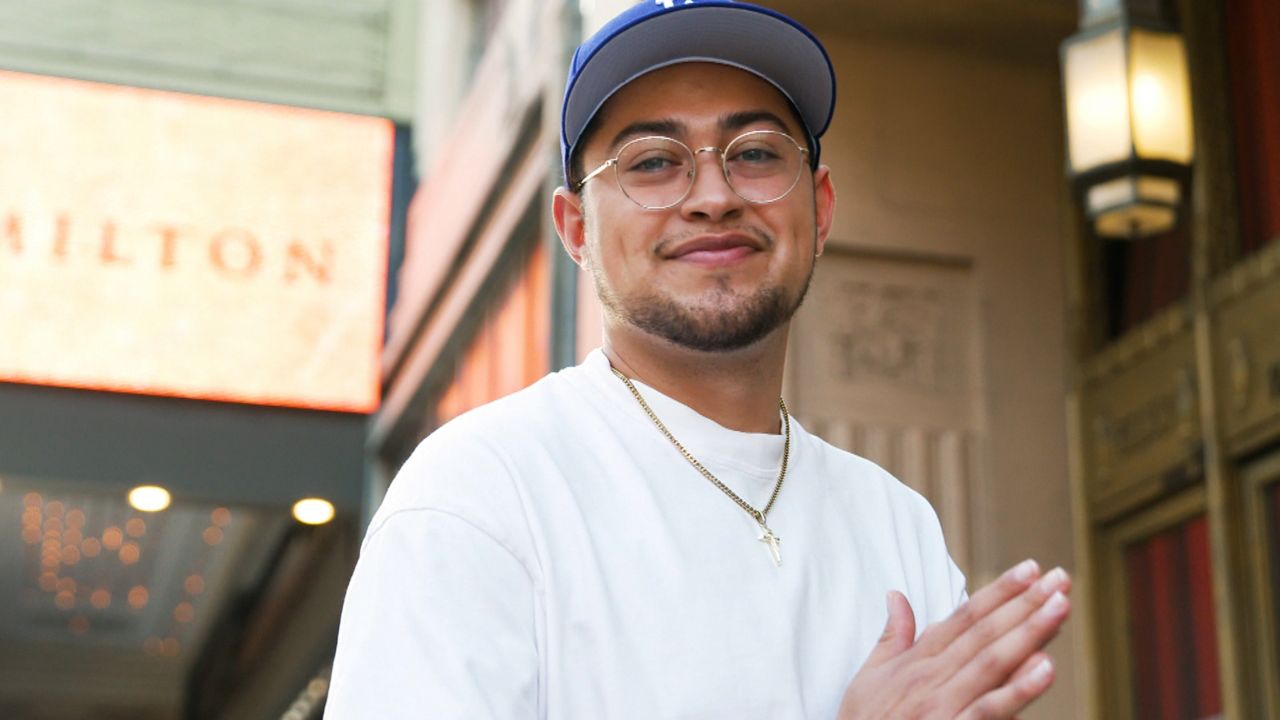 Native Angeleno gets the call for 'Hamilton'

After 17 months and 523 days, the curtain rises on "Hamilton," the Tony Award-winning musical, written and scored by Lin-Manuel Miranda.

"Hamilton" tells the story of American Founding Father Alexander Hamilton's tenacious pursuit to leave an imprint on a country coming of age. Well, he's not the only one who didn't throw away his shot. Los Angeles native Ruben J. Carbajal portrays the dual role of John Laurens and Philip Hamilton. Our own Melvin Robert dives deep into how Carbajal got the part.

Click the arrow above to watch Mel's conversation with Carbajal, his former student, on his journey to starring in "Hamilton."