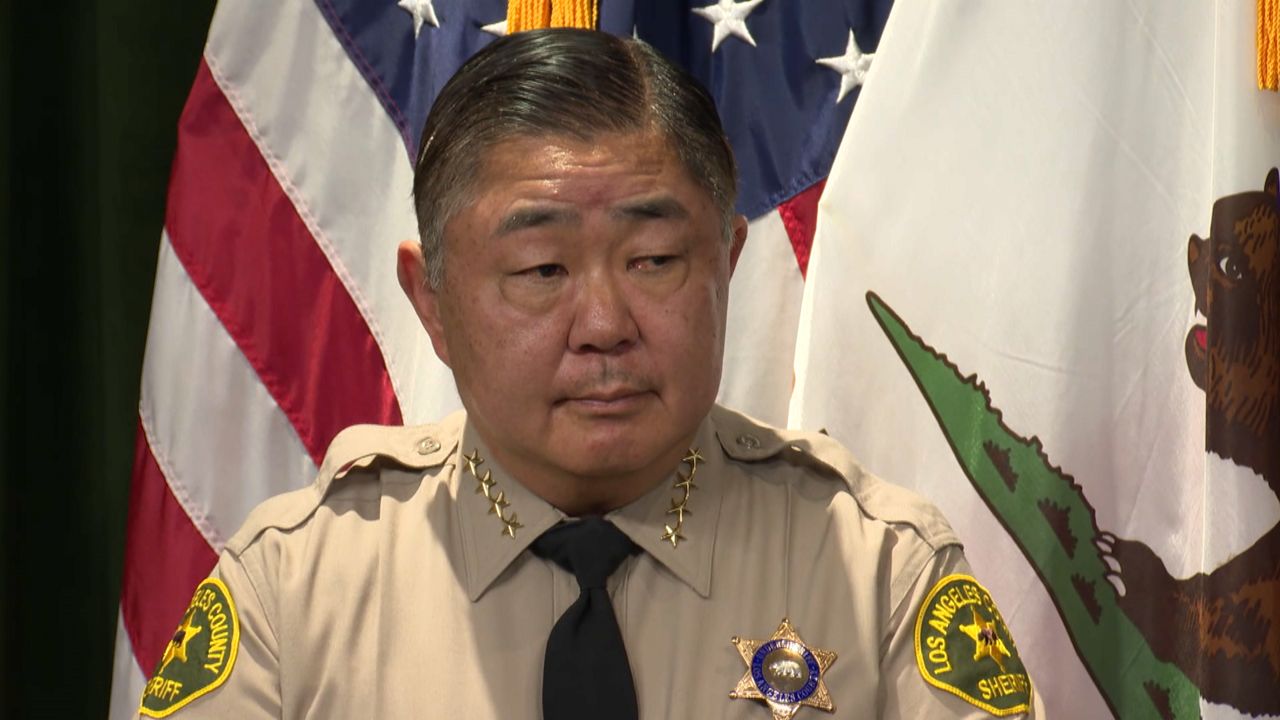 
But a newly-obtained county document says he does “not have a covered disability” that would prevent him from appearing at hearings looking into alleged deputy gang activity within the sheriff’s department.

“That’s a deeply disturbing claim,” said Inspector General Max Huntsman in reference to Murakami’s assertion that the stress of testifying would aggravate an unspecified medical condition. “It’s also deeply disturbing because I don’t believe it."

On Friday, Sheriff Alex Villanueva said he would appear before the commission but backed out Sunday, demanding a “neutral hearing officer” and the ability to cross-examine witnesses in a letter to Executive Director Brian Williams.

The announcement came one day after the county filed paperwork asking a court to hold Villanueva and Murakami in contempt for allegedly ignoring subpoenas to testify at the public hearing taking place at Loyola Law School. The department did not say whether his second-in-command would appear.

Spectrum News 1 obtained a letter written by Lisa Garrett, the county’s personnel director, to Villanueva explaining a consultant evaluated Murakami’s Americans with Disabilities Act claim and found he “did not have a covered disability under the ADA and [Fair Employment and Housing Act].”

The letter is dated March 4. Nearly five months later, Murakami has yet to appear at a hearing and is still in his job as undersheriff.

Spectrum News 1 requested comment or an interview with Villanueva and Murakami multiple times for this story, in addition to similar requests to their attorneys, the sheriff’s department and Villanueva’s reelection campaign.

The department sent a statement in response to an initial request for comment, saying both the sheriff and the undersheriff were unavailable and “we cannot comment on any area that discusses protected health information of any LASD employee.”

In Garrett’s letter to Villanueva, she says Murakami’s doctor said he should only communicate with the commission and inspector general in writing. Murakami has not responded to four subpoenas from the commission, according to court papers filed Friday.

The commission is investigating allegations of problematic behavior connected to deputy gangs, which Villanueva has consistently said are overblown. One allegation stems from a fight involving a suspected deputy gang known as the Banditos at a department party in 2018, in which several deputies were assaulted.

The commission wants to know if Villanueva intentionally barred internal sheriff's department investigators from questioning witnesses if the alleged attackers were members of the Banditos.

In the letter, Garrett said the department could not accommodate Murakami's request not to testify before the commission because that is an essential function of the job. Garrett goes on to recommend that Murakami be put on unpaid medical leave if he’s unable to testify.

Garrett said other options for Murakami include transferring to another available job within the sheriff’s department, filing for disability retirement or a medical release under the county’s civil service rules.

“As a sworn peace officer, any undersheriff must regularly respond to subpoenas for testimony,” Garrett said in the letter.

As undersheriff, Murakami is second in command at the sheriff’s department, and has to “[represent] the sheriff at various commissions, committee and law enforcement meetings,” according to the undersheriff job description on the department’s website.

When asked about Murakami’s disability claim, Pamela Missett, chief deputy of human resources for the county, said she couldn’t comment on a personnel matter.

Murakami has recently participated in sheriff’s department events, including an April news conference, where Villanueva responded to allegations he covered up an incident where a deputy pressed his knee on the head of handcuffed inmate Enzo Escalante for three minutes.

Murakami answered several questions from the podium at that press conference.

Neal Tyler, who’s now retired after working as undersheriff in LA County, helped create the oversight commission after former Sheriff Lee Baca and former Undersheriff Paul Tanaka were sentenced to federal prison for their roles in covering up abuse in the county’s jail.

“I understood that appearing before the commission, whether you call it testimony or sharing information or explaining what we are doing and why, would be an integral part of the undersheriff’s job," Tyler said.

While Tyler isn’t familiar with Murakami’s medical claim, he said whoever is in the undersheriff role should be able to testify before the commission.

“I would expect the sheriff to replace me, or I would confer with the sheriff about stepping down because I’d figure I wasn’t the best qualified person for the job, if it was that way for an extended period of time."


For his part, Villanueva has called the hearing a "kangaroo court" and a "political circus."

His campaign sent the following statement to Spectrum News 1: “The Sheriff believes in civilian oversight of law enforcement, but also believes that an oversight committee should include people who are most affected by crime, especially residents of high crime areas and local elected officials. Unfortunately, the current committee is underrepresented in these areas, and as a result, they do not accurately reflect the needs and perspectives of the communities that the Sheriff’s department serves.”

Before Villanueva withdrew his appearance, Deputy Veronica Fantom, a public information officer, said in response to a final request for comment that Villanueva would attend Monday’s meeting to “clarify the misinformation being disseminated.”