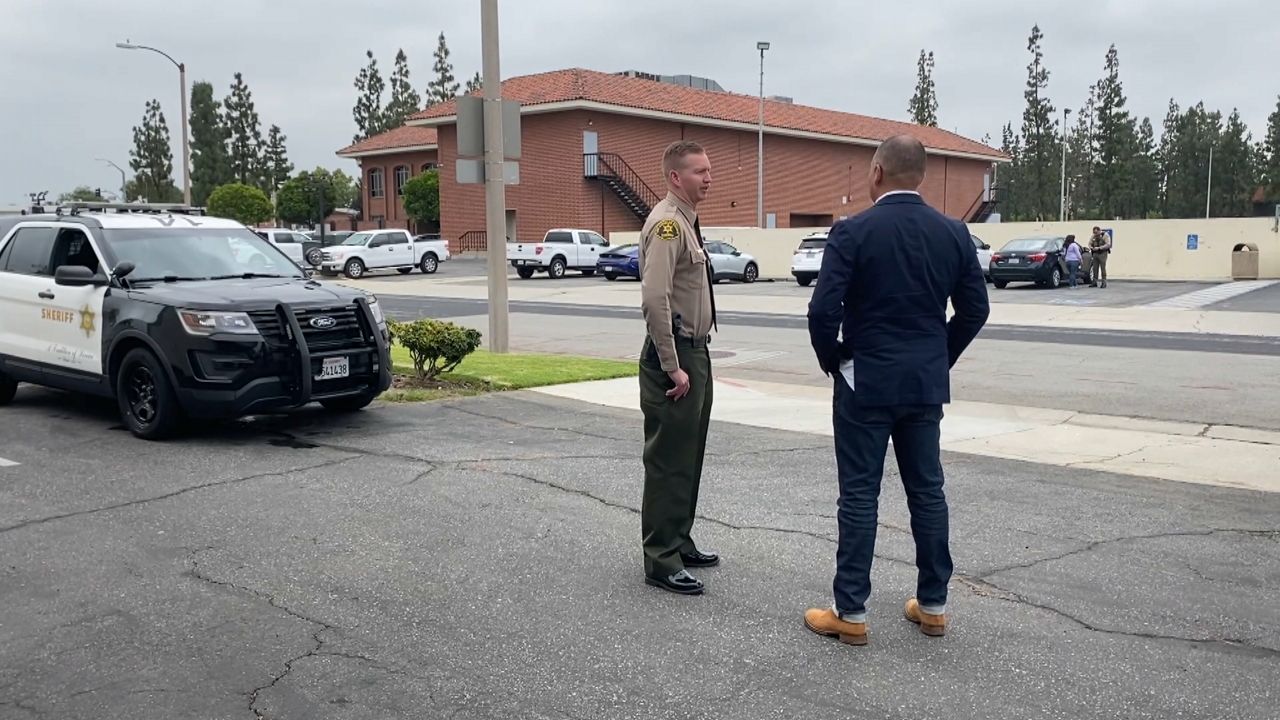 CITY OF INDUSTRY, Calif. — The mass shooting in Texas has put the spotlight back on what we can do to get young people the help they need before they harm themselves or others.

Locally, a pilot program in Los Angeles County is expanding to get troubled youth back on track, partnering with deputies and police officers across the region to connect youth to a network of services to divert them from traditional juvenile detention centers.


According to the LA County Department of Health Services, 1,400 youths have been diverted from the juvenile justice system since 2019 and instead connected to the help they need, thanks to this program.

Sebastian Navarro was one of them. With his mother at his side, Navarro walked into Alma Family Services a changed man. He said he can’t believe it’s nearly time for him to graduate high school.

It’s a new chapter the 17-year-old is welcoming with open arms after a rough few years. He and his case manager, Laura Calderon, remember what he was like just six months ago when the two first met.

Navarro was struggling to be accepted by peers. He had just lost both his grandpa and uncle, and felt lost in a deep sadness.

One day, it all came to a head. Navarro was overcome with anger and made threats to teachers. It was enough for them to call Deputy Daniel Crittenden, who decided Navarro would be a great candidate for LA County’s Youth Diversion and Development program.

Instead of arresting the youth and taking them to a juvenile detention center, the program connects them with the tailored services they need to set them on the right path.

“It also provides a one-stop shop to get the youth the things that they need to prevent future crimes and then also to address the underlying issues that may be driving those actions,” Crittenden explained.

Underlying issues include mental health and socioeconomic factors, which often play a part in youth living in low-income areas. Crittenden said they’re much more at risk than others.

The goal is to build the infrastructure for youth to be diverted, no matter where they live in LA, especially in underserved areas with historically low resources.

“Even the act of an arrest can double the chances of a youth dropping out of high school, and each step along the way in the justice system, youth outcomes get worse,” Valle said.

By diverting the youth at the moment of contact with law enforcement, they hope to reduce the chances of re-offending by up to two-thirds.

Navarro said the tailored counseling he received after his incident held him accountable and turned him into a new person.

“Now I’m so close to success in life and just, I feel so much better,” he said.

Sebastian also feels grateful, he said, to be in a place where he can now focus on the big plans he has for his future.

The YDD program started as a pilot with just a handful of LAPD and sheriff’s stations taking part. Now, the county is expanding to include all 23 sheriff’s stations and half of LAPD, with the goal to be countywide by the end of this year.