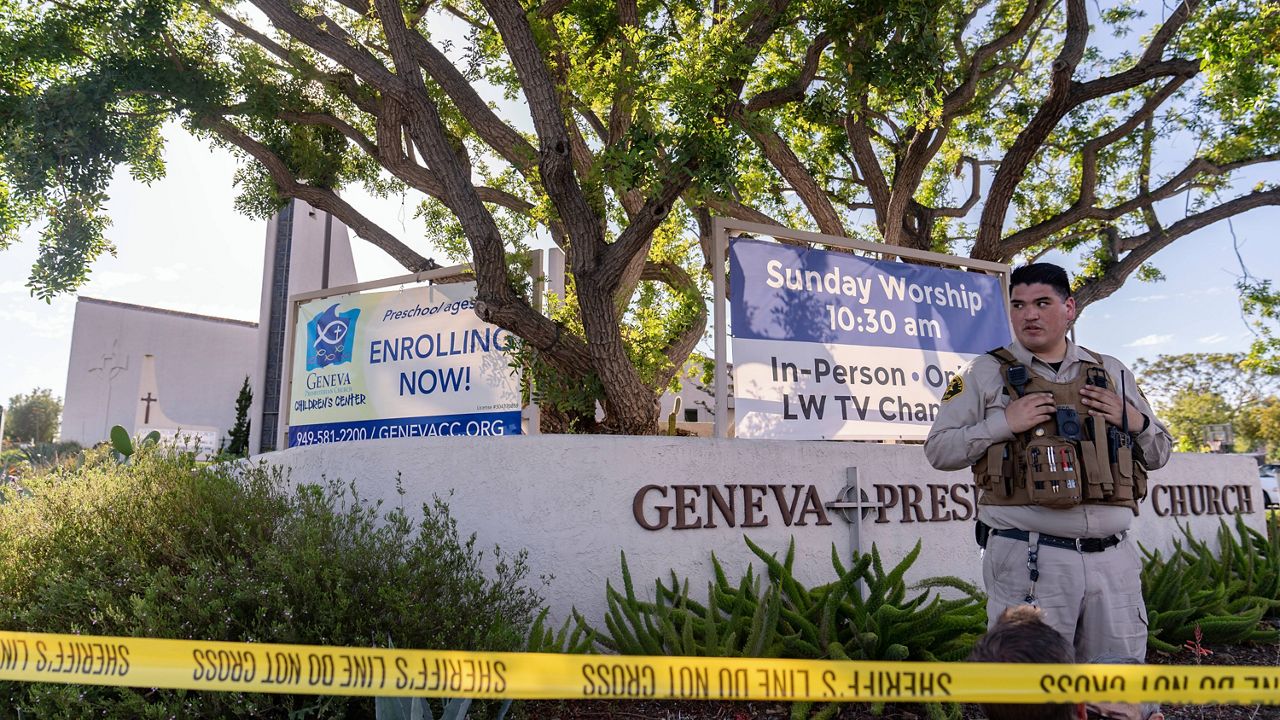 An Orange County Sheriff’s Department officer guards the grounds at Geneva Presbyterian Church on May 15, 2022, in Laguna Woods, Calif. after a fatal shooting. (AP Photo/Damian Dovarganes)

EL SEGUNDO, Calif. — Amid a rise in mass shootings across the nation, including right here in Southern California, Jacob Charles, the executive director of the Center for Firearms Law at Duke University, joined “Your Morning” to discuss gun control in the state.

Charles said the recent ruling that California’s decades-long ban on semiautomatic rifles is unconstitutional did not surprise him, adding that the nation’s strong Second Amendment protections play a big part in that.

Regarding the shooting on the set of the film “Rust,” Jacobs said he believes that inconsistencies among production teams are making it harder for the entertainment industry to agree on safety protocols.