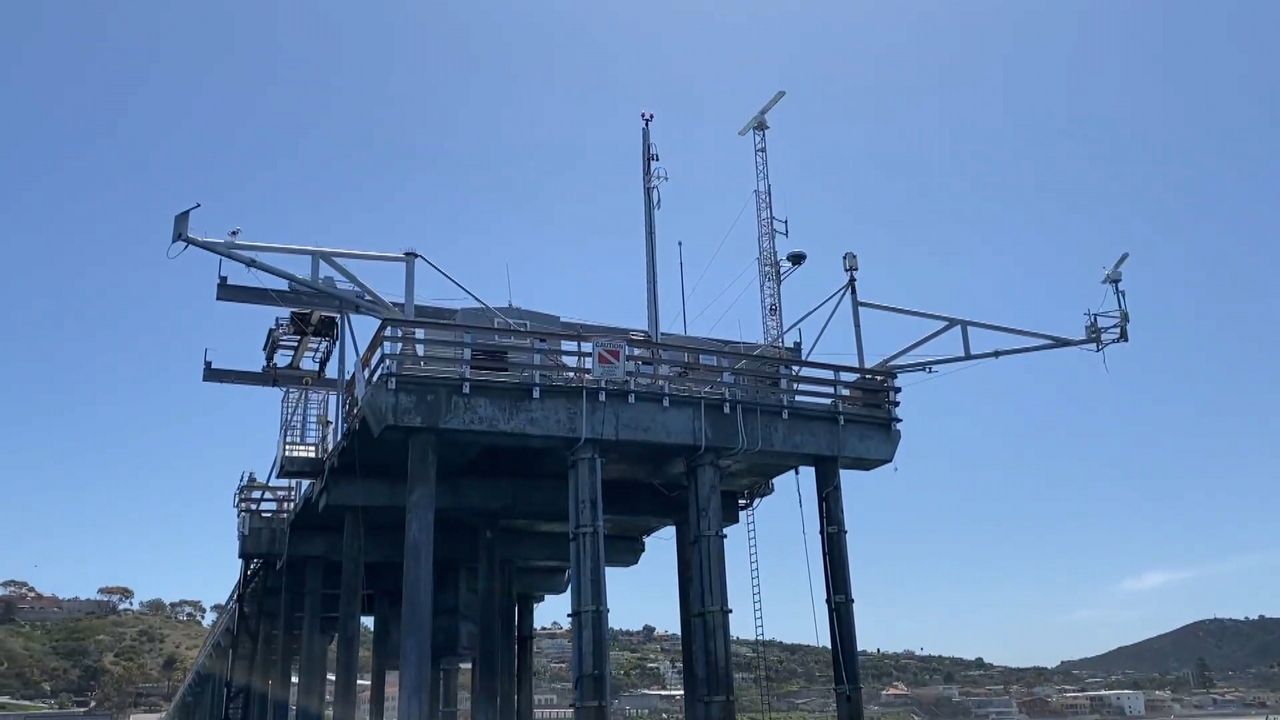 Group fights back against poachers along California coast

SAN DIEGO — Carlos Callado’s commute to work means casting off to sea for the day.

“This marine reserve is a no-take reserve, meaning if they’re doing any kind of harvesting, fishing, dropping traps, spear fishing, anything, they’re not allowed to be doing that,” Callado said.

Marine protected areas are protected areas of water. They restrict human activity for a conservation purpose and are a haven for sea creatures and plants. WILDCOAST is part of a global project to track and stop ocean poaching. They use M2 radars to help detect suspicious activity.

“Typically, if someone is loitering around, that’s a behavior that’s indicative of fishing or dropping traps or something like that,” Callado said.

Callado and Cooper look for people willfully ignoring the boundary, but also hope to educate people who drift into the areas unknowingly. They also pick up any trash they find during their patrol shift.

“We aren’t out here to make people miserable or anything. You just want them to respect the marine protected area,” Cooper said. “And for the most part, it’s been getting better.”

But the temptation to target the thriving areas is too strong for some to resist.

Serge Dedina, executive director of WILDCOAST, said some poachers will even come at night to steal fish.

“Because the fish are doing well, especially lobster for example, poachers can come in and take $30,000 worth of lobster from marine protected areas,” Dedina said.

Thanks to their efforts, a fishing boat was recently slapped with a $5,000 fine for operating in an MPA.

“The radar [uses] an algorithm that will help us detect what types of boat activity are probably illegal activity,” Dedina said. “And then that can get reported back to the California Department of Fish and Wildlife.”

WILDCOAST has helped put signs around the harbor to help people understand the boundaries of legal fishing.

“To make sure that we can all enjoy our marine protected areas and California waters without having poachers ruin it for everyone,” Dedina added.


While on a recent patrol, Callado and Cooper spotted a boat showing warning signs of illegal fishing.

“It’s this party boat up ahead that we’re concerned about because they’re the ones doing the damage,” Callado said. “A boat with 20 to 30 guys is out here taking fish from our MPAs. That’s taking fish from all the people who are doing it legally from outside of the boundaries, where those fish would spill over.”

But as they approached, the boat scampered back out of the area. The team is fine with being a warning to people who would try to ruin the jewels of the coast.

Off the coast of California, from the Mexico to Oregon borders, is the world’s largest network of underwater reserves. People who violate the marine protected areas can face up to a $40,000 fine plus imprisonment in the county jail for up to a year.