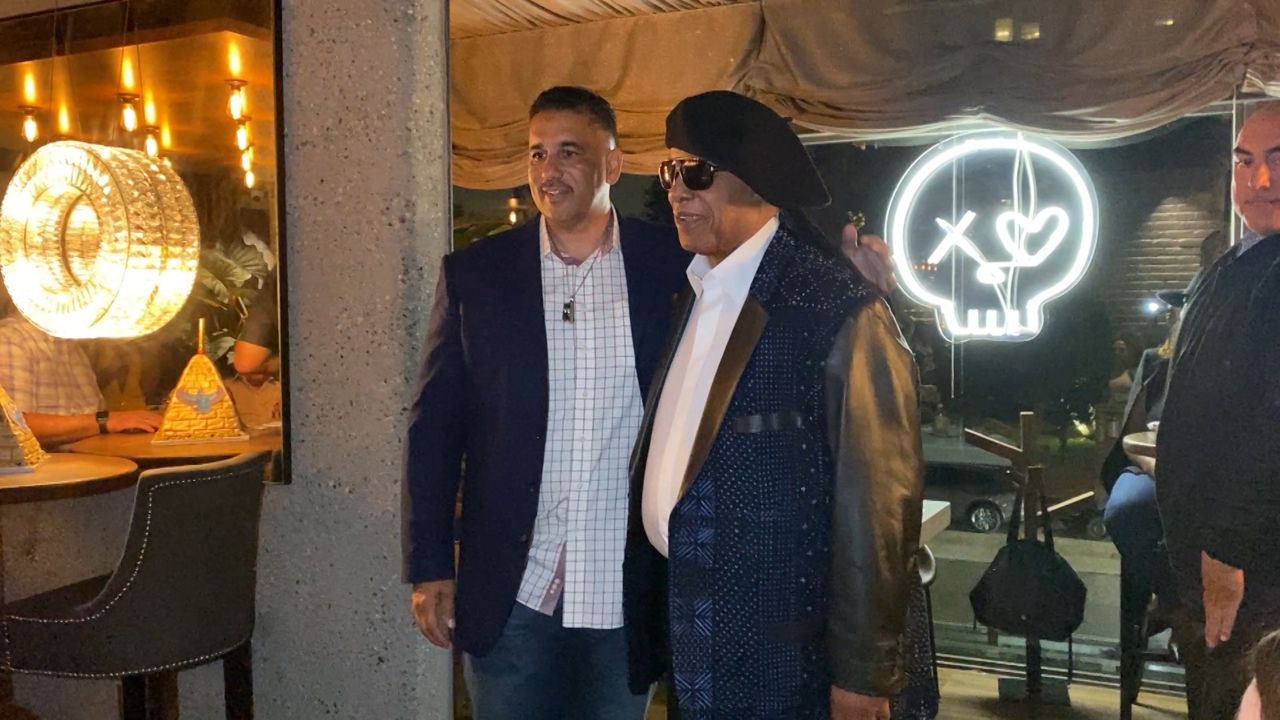 LOS ANGELES — It’s not typical for American icons to weigh in on the race for Los Angeles County Sheriff, but then again, this is not your typical race.


Incumbent Sheriff Alex Villanueva has faced calls to resign by his own party and the Board of Supervisors explored options for removing him, but there is no clear frontrunner to take him on heading into the June 7 primary.

At a fundraiser in Santa Monica, singer and civil rights activists Stevie Wonder sought to change that with his endorsement of Lt. Eric Strong.

“I don’t want to continue hearing people talk about what they’re going to do and they never do it,” Wonder said.

Strong began his career in 1993 at the Compton Police Department, following in his father’s footsteps. The department was disbanded in 2000 amid rising crime. The sheriff’s department took over, and Strong became a deputy.

He’s running against his boss, Alex Villanueva, as the most progressive candidate in a crowded field. He’s called for a full audit of the department’s finances, supports building up alternatives to prisons, and promises to end LASD’s deputy gang culture for good.

“We have deputy sheriffs coming out , and that’s very difficult to do, and they say there are deputy gangs in our department and they’re a problem, and then those deputy sheriffs are the one who are ostracized and ridiculed by the top leader in the department,” Strong said. “That’s a problem.”

Villanueva supported a new law that bans law enforcement gangs in California and announced an internal policy that bans “cliques” that break the law, but has also downplayed the issue of deputies getting secret, matching tattoos.

“When I was working patrol in East LA, there was a group called the Cavemen. I worked side by side with them. I was not invited. I did not get the tattoo. There was no difference between what I did and what they did,” Villanueva said at a press conference in September.


Earlier this year, Villanueva sent a cease-and-desist letter demanding the Board of Supervisors to stop using the term “deputy gangs” to refer to secret groups that operate in the department.

Strong is one of eight challengers seeking to make it through the primary. This week, the Los Angeles Times endorsed former Long Beach Chief of Police Robert Luna, citing his leadership experience and outsider status, but noted Strong “has a lot to offer.”

At the Santa Monica fundraiser, Strong hoped the Wonder endorsement showed his campaign was taking off at the right moment. Wonder said Strong reminded him of when he first met Barack Obama when the future president was running for Senate.