“We have two things together: The trauma of the past two years and the mental health crisis that came out of this pandemic. And we have a lot more guns that are out there,” LA Mayor Eric Garcetti said Thursday during an event at LAPD’s 77th Street Division in South LA to reveal 2021 crime statistics. “Those things together have caused us to see more violence.” 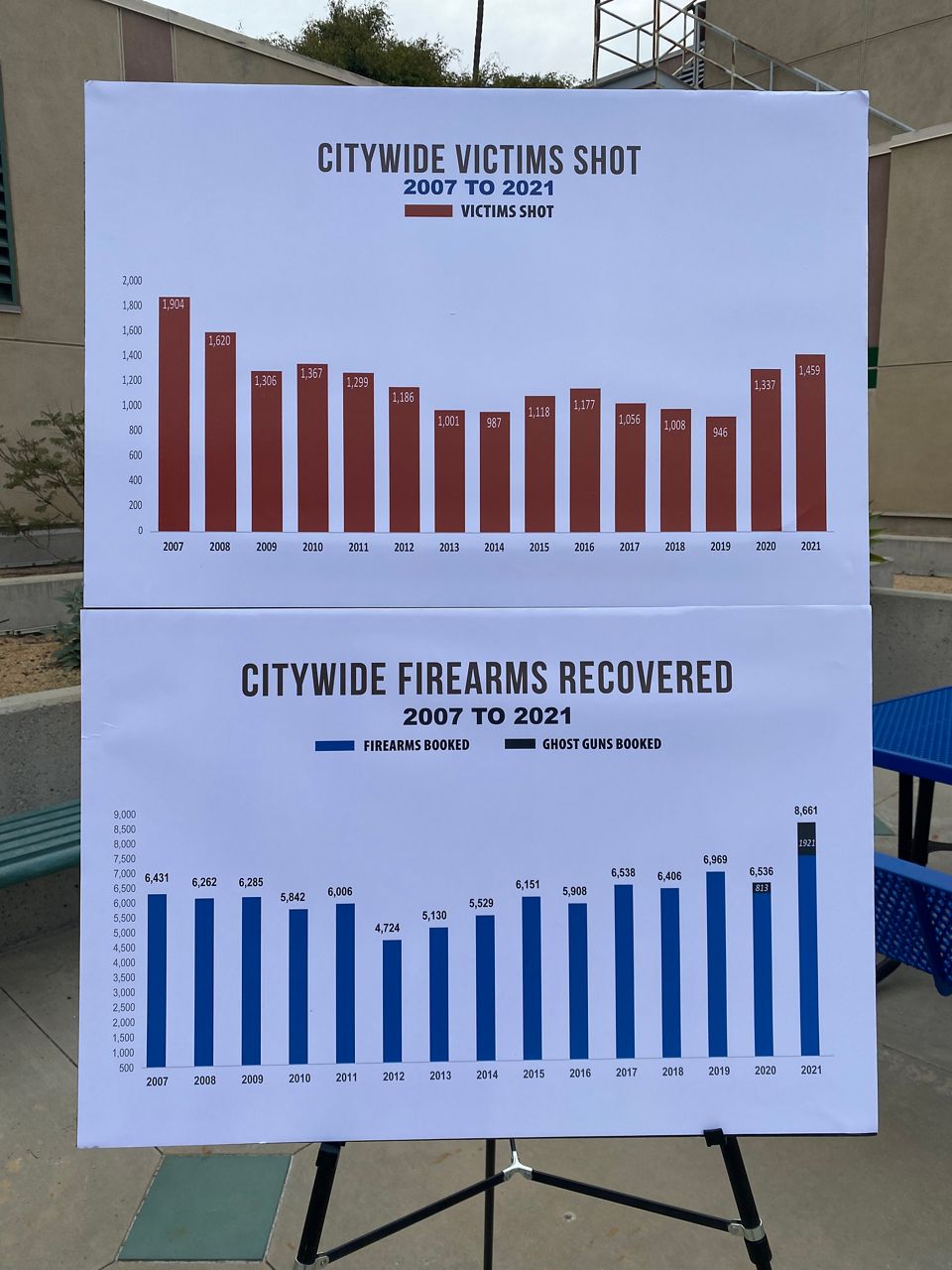 “The increases are a complex set of scenarios,” LAPD Chief Michel Moore said, citing a fraying of the social contract that has more people using guns to commit crimes that would not have happened if it weren’t for firearms’ prevalence.

Individuals experiencing homelessness were also increasingly victimized. Homicides of the homeless increased 22% in 2021.

“When you look at the increase between last year and this year, it’s entirely made up of those two categories,” Moore said. “It makes up eight out of 10 of our homicide victims, which is why it’s so critically important that we recognize the public health and the public safety emergencies that both of those areas represent.” 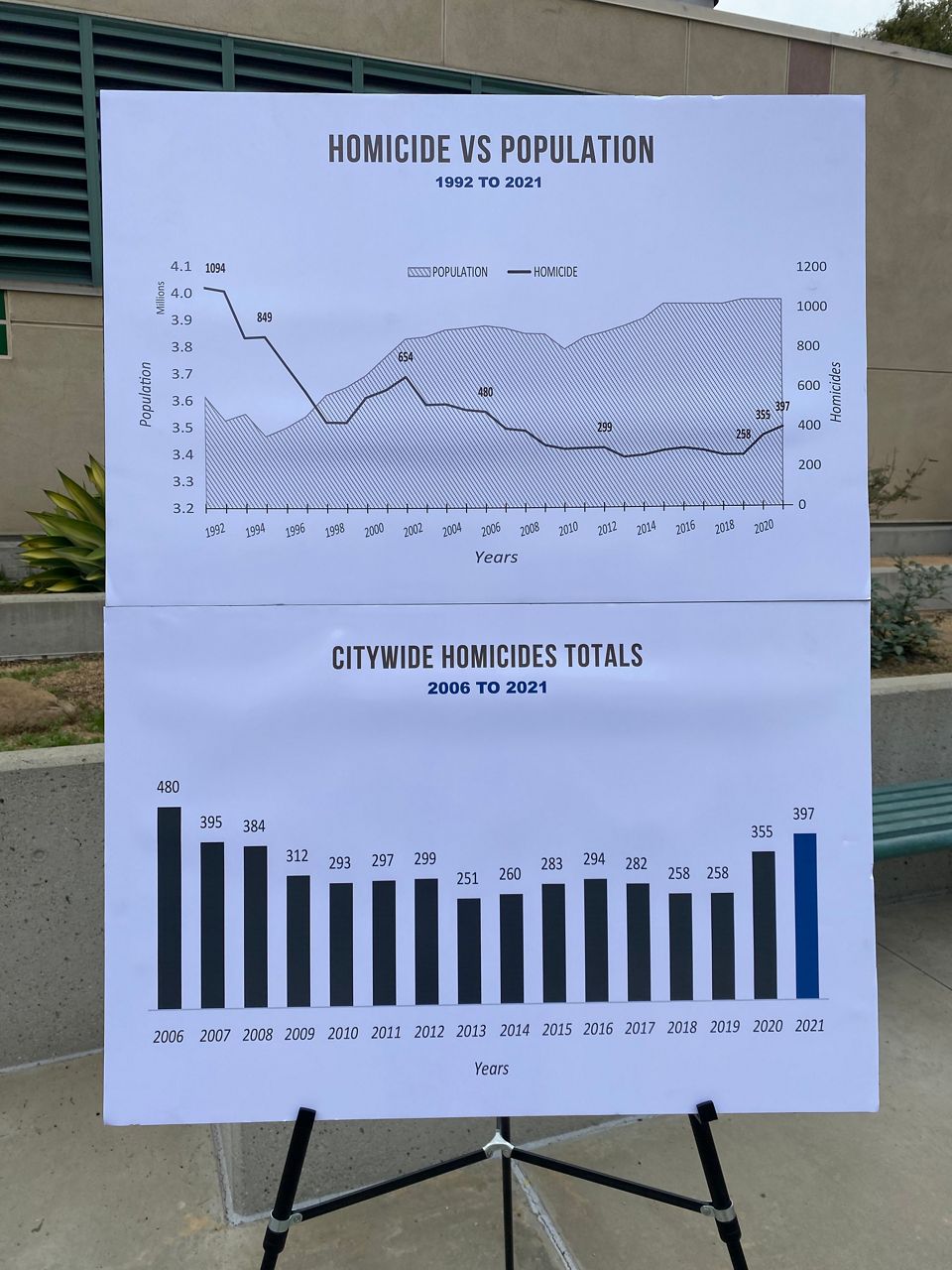 Most major cities across the United States saw a dramatic increase in homicides relative to their populations last year. Las Vegas homicides were up 49%, Portland’s were up 43% and Oakland saw an increase of 22%. The only major cities to see declines were Phoenix (down 3%), Dallas (down 13%) and San Jose (down 21%).

“This is not unique. It’s happened across this country and throughout the world. The pandemic has had a profound impact,” Mayor Garcetti said, noting that despite the recent increases in crime, the last 10 years have been the safest in LA history.

There were some positive signs. Citywide, LA recovered more firearms than it has at any point since at least 2007. Of the 8,661 firearms recovered, 1,921 were ghost guns.

For all the media attention on smash-and-grab crimes, where a burglar breaks a window, display or other barrier to steal high-end merchandise, the LAPD said there were 58 such crimes last year. After peaking in August and again in November, they fell in December.

Follow-home robberies, where a person follows a potential victim from a retail or entertainment venue and robs them at a different location, have also fallen since peaking in September and again in November. There were 171 such crimes throughout the year.