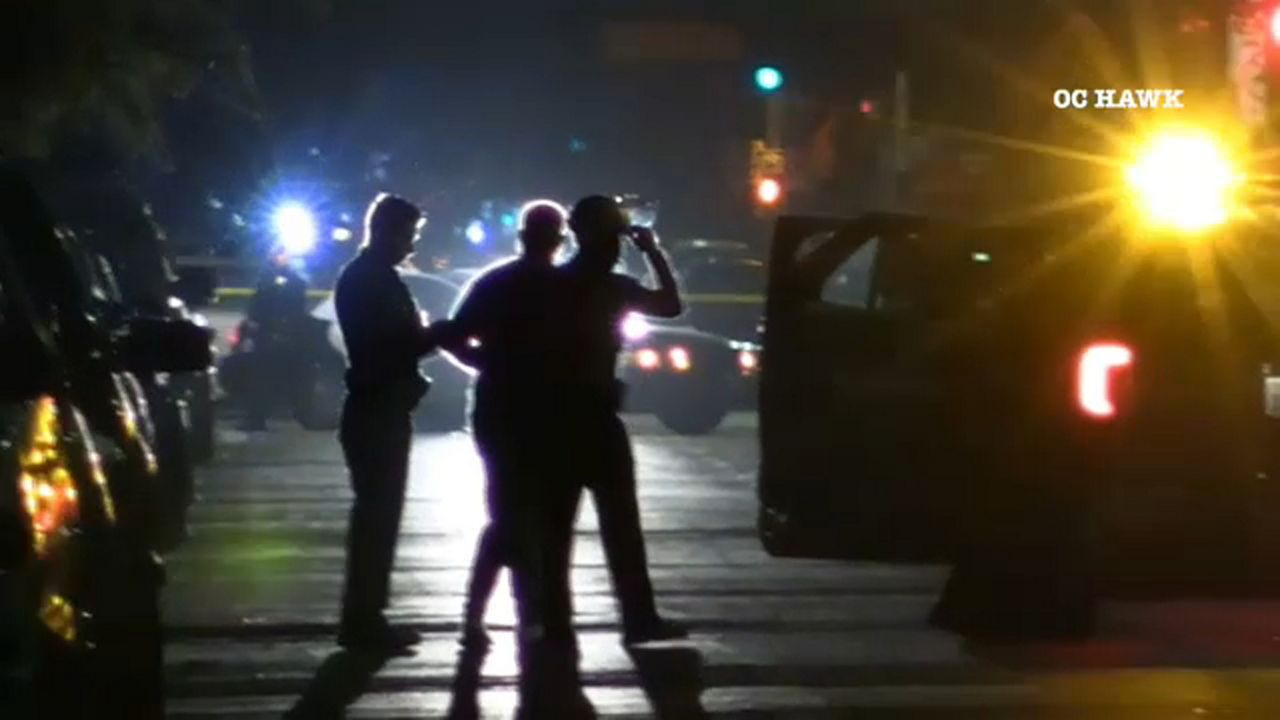 EDITOR'S NOTE: Multimedia journalist Lydia Pantazes spoke with Michael Blackwell about the recent smash and grab robbery at The Grove. Click the arrow above to watch the video.

LOS ANGELES (CNS) — Three suspects were in custody Tuesday in connection with a smash-and-grab robbery carried out by a mob of at least 20 people at a Nordstrom store at the upscale Grove shopping center in the Fairfax District, the latest in a string of such heist attempts by large groups of thieves.

Police said the mob descended on the Nordstrom store just before 11 p.m. Monday, using a sledgehammer and an electric scooter/bike to smash a window and raid the store.


Los Angeles police Chief Michel Moore said officers in the area heard the break-in occur, and when they responded, they saw suspects in at least four vehicles fleeing the scene.

Officers pursued one of the vehicles on the Santa Monica (10) Freeway and the Harbor (110) Freeway into South Los Angeles, according to LAPD Officer Drake Madison.

The suspects bailed out of the vehicle, prompting a foot pursuit and a police perimeter in the area of Hoover Street and Vermont Avenue. Three people were taken into custody, and officers recovered several items of clothing, at least one cash register and gloves from the Nissan SUV, Madison said.

Similar crimes have occurred recently in the Southland and the Bay area.

At about 9:45 p.m. Monday, six suspects entered a CVS Pharmacy in the 5800 block of South Vermont Avenue in the South Los Angeles area and stole three cash registers, taking about $8,500 in cash, Madison said. It was unclear if the same suspects later targeted the Grove.

On Sunday, storefront windows of the Louis Vuitton and Saks Fifth Avenue stores in Beverly Hills were smashed during attempted burglaries.

"Multiple suspects traveling in several vehicles descended on the locations and used a sledgehammer to try to break through front windows," Beverly Hills Police Sgt. Anthony Adams said. The burglars did not get into the stores, and nothing was taken, according to police.

In the Walnut Creek area in Northern California on Saturday night, about 80 people descended upon a Nordstrom store and stole merchandise before fleeing in numerous vehicles. Some arrests were reported. That crime came a day after several stores in San Francisco's Union Square were targeted by people who smashed windows and fled in vehicles.

During a media briefing while touring a Bay area vaccine clinic Monday, Gov. Gavin Newsom reacted to the crimes.

"I have no sympathy, no empathy whatsoever for people smashing and grabbing, stealing people's items, creating havoc and terror on our streets. None. Period. Full stop," Newsom said. "We want real accountability. We want people prosecuted, and we want people to feel safe this holiday season."

Los Angeles Mayor Eric Garcetti was similarly blunt on Tuesday when asked about the local heists.

"There's no place for this kind of criminal behavior," Garcetti said. "It needs to be addressed. There need to be consequences. We need a jail system that will step up and do some of the rehabilitative work."

The mayor also appeared to level a veiled criticism of local prosecutors, saying that committing a crime needs to carry a "penalty that doesn't seem to exist right now."

Moore, the LAPD chief, told the Police Commission Tuesday morning the department would be stepping up patrols, "dedicating resources to some of these higher-end locations to deter further acts of violence."