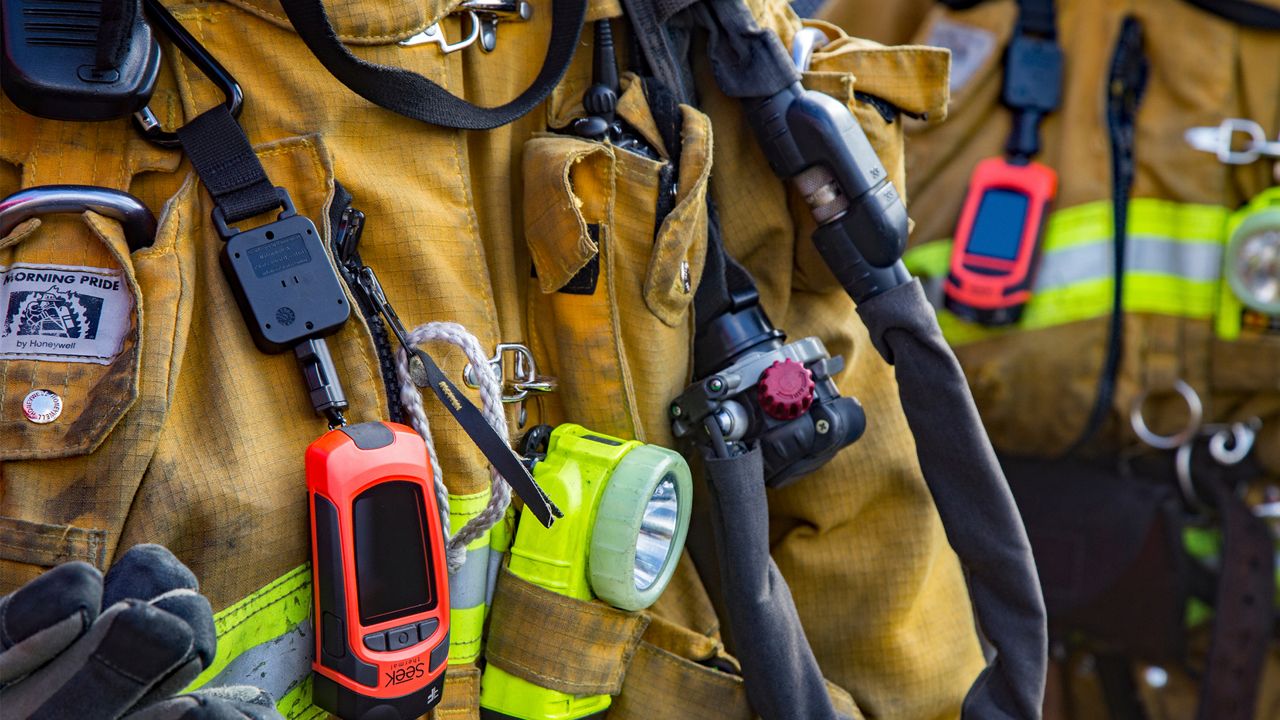 LOS ANGELES —  As a wife, firefighter and leader, Kris Larson is a pioneer in everything she does.

“I’m a 31-year veteran of the Los Angeles City Fire Department, and my current rank is of battalion chief,” Larson said.

Larson is the first LAFD African-American female battalion chief, despite the warning to keep a low profile she got on the day she was sworn in.

“I was graduating from the fire academy, and I was the only female in the entire class, and the drill master called me out into the middle of the drill yard, just he and I and he said, ‘Kris you’re going to have to decide what kind of woman you’re going to be on this job,’" recalled Larson. "It was kind of like, 'Keep your mouth shut. Are you going to sue the department? Are you going to claim harassment?' I think that was his intent.”

That was in 1990, and although the number of women in the fire service has grown to 4% at LAFD, Larson, a mentor to female firefighters and president of the Los Angeles Women in the Fire Service, says not a lot has changed. In fact, harassment and hazing within the department she says might have actually gotten worse.

“Some of them have had feces smeared in their bathrooms,” said Larson of the hazing some women have experienced.

Others claim they’ve had rotten meat left in their bags, male firefighters exposing themselves and have been subject to physical abuse, sexual harassment and rape.

Larson says even race is used as a weapon.

“There’s minorities that are suffering as well because of that same kind of discrimination. And it’s maybe not sexual harassment, but it’s still racist remarks or racist memorabilia left around the fire station. And it’s just not right. And it shouldn’t be there,” she said.

A few days ago, Larson and other female firefighters held a virtual press conference to call attention to the issue and asked for LAFD Fire Chief Ralph Terrazas to step down or be stripped of his post.

“The culture needs to change from the top. He was hired to do organizational change within the fire department, and it really hasn’t happened,” said Larson.

Fire Chief Terrazas says he is working to improve the culture. He sent Spectrum News the following statement:

“On October 14 I met with the Los Angeles Women in the Fire Service (LAWFS) and discussed collaborative initiatives to protect and enhance our work environments.”

"The Los Angeles City Fire Department takes all complaints seriously and investigates them upon notification. Disciplinary action will occur if the preponderance of evidence indicates that the misconduct occurred. However, if the Department is not made aware of a complaint, we cannot address it and take appropriate action as needed. Furthermore, the Chief does not ignore any incidents of misconduct and encourages Department members to report all allegations of inappropriate behavior."

Larson says women don’t report the abuse because from the first day on the force, they get the same message that she got on that drill yard decades ago.

But how can they trust the system, she argues, when even the mayor has seemingly washed his hands of the problem. LA Mayor Eric Garcetti said he is confident the chief is fit to make the changes needed. We reached out to the mayor’s office multiple times asking for a comment for this story but did not hear back.

“The mayor ran on gender equity issues, and what’s disappointing is here you’ve got a group of women who are saying we’ve got these issues, and it seems like our voices are not being heard,” said Larson.

On behalf of the women Larson represents, she will keep making her voice heard, so the problems that plagued her don’t continue into the next generation of firefighters.

“Police know that having women on-scene of certain incidents is a game changer. It’s time for us to value women in the same way in the fire service,” said Larson.