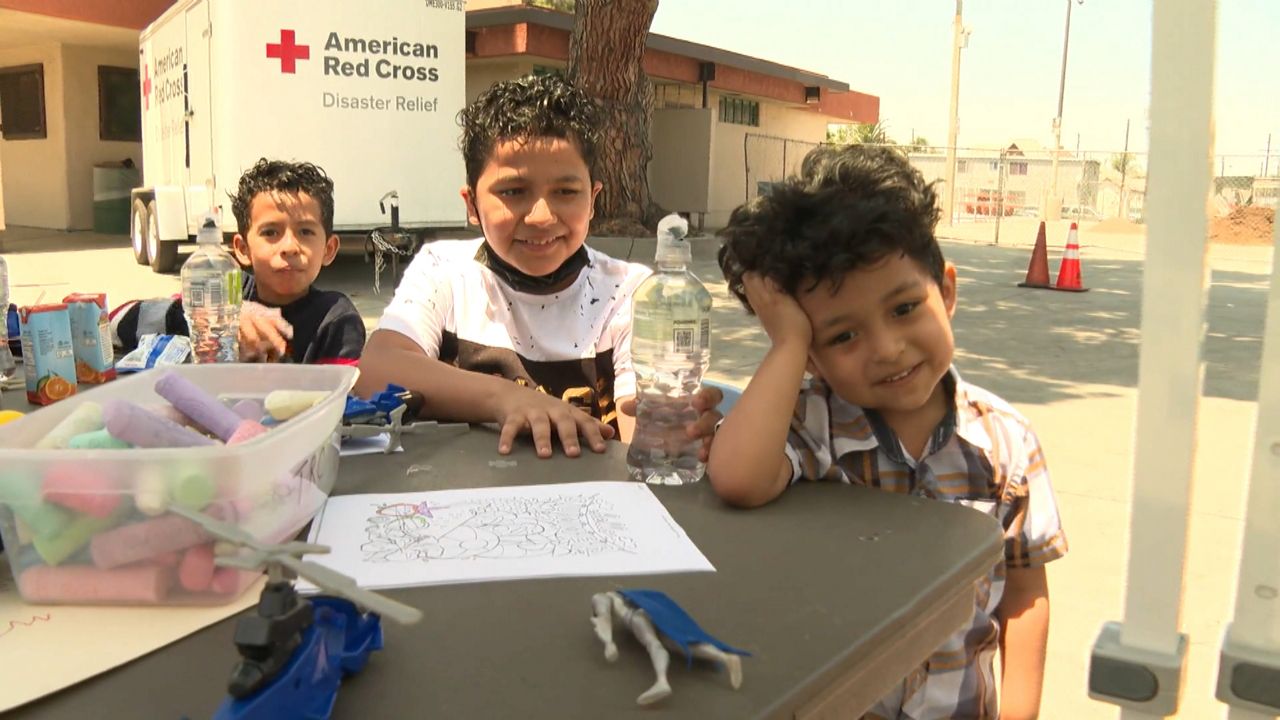 Displaced families in limbo after seized fireworks explosion in LA

LOS ANGELES, Calif. — Fourth of July plans were ruined for Winston Cantarero after a massive explosion shattered multiple windows of the apartment he shares with his family.

“Both windows, they just blew up and we just heard a big explosion,” Cantarero said.

The father of four went to the Trinity Recreation Center looking for help.

“We live week by week. I work for the week and that money comes for this week. We don’t have any savings,” Cantarero said.

He works at Mexicali Meat Market which has since been closed, and lives on East Adams Street which is one street over from 27th Street where the LAPD had seized roughly 32,000 pounds of illegal fireworks. What was meant to be a carefully controlled detonation by the bomb squad ended up blasting debris across several residential streets — damaging property and sending 17 people to the hospital.

Cantarero says two windows, one by his living room and the other in his sons’ bedroom shattered while his boys were in it.

“The owner fixed one already, but we’re waiting for the living room. That’s the big one. They’re going to fix it in two more days,” Cantarero added.

Inside the rec center, the city’s emergency management department, the Red Cross and other organizations are connecting victims to resources that are available to them.

“The first couple of days really assessing their needs were the most important things we could do. Now, as we kind of get a sense of what the needs have been, it’s just executing whatever service they may need and anticipating what they’re going to need,” said Mike Castillo, the director of business development for Councilman Curren D. Price, Jr.’s office.

Castillo says he’s been translating for folks who don’t speak languages other than Spanish and making sure families can get into a shelter or hotel room.

"There have been buildings that were red-tagged. There have been buildings that were yellow-tagged and so it’s really difficult to say the conditions that they’re all in because it’s still an active ATF investigation site. Once they release the scene, I’m pretty sure residents will have a better idea as to the conditions of properties,” Castillo added.

For residents like Cantarero, whose home is considered livable, his family will have to return home to sleep, even if they’re missing a window and their children are traumatized over what happened.

“They couldn’t sleep too. It was very scary,” Cantarero said.

Cantarero says he’s asking the city for gift cards for food and gas, anything to help his family through the next few weeks as their community rebuilds after an unforgettable explosion and learn how to feel safe in their home again.

To help Cantarero and his family visit their GoFundMe page.