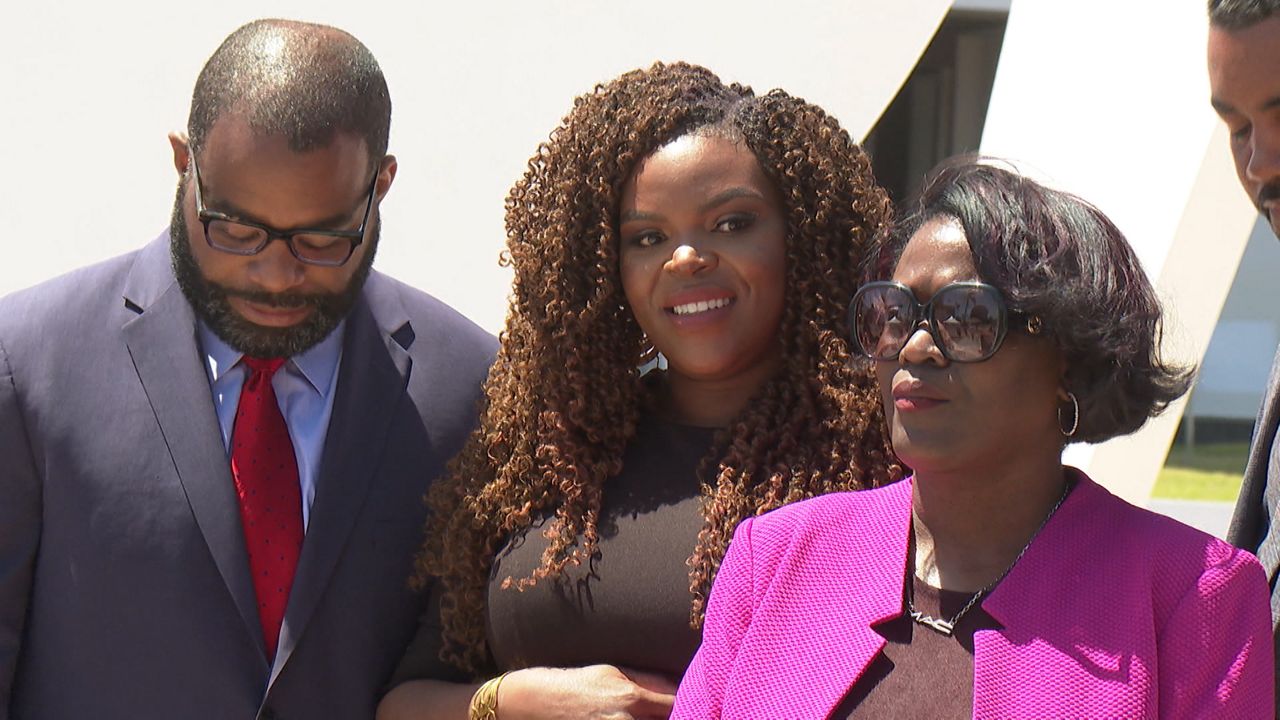 COMPTON, Calif. — She only has a few weeks left in office, but Compton Mayor Aja Brown isn’t finished quite yet. In one of her final press conferences in office, she took aim at the Los Angeles County Sheriff’s Department.

The city announced a claim for damages against the county, alleging sheriff’s deputies defrauded the city out of millions of dollars by incorrectly logging hours.

Brown said the alleged “minutes fraud” resulted in fewer deputies on patrol at the station, slower response times and increased crime. The allegations stem from a whistleblower letter sent to the city back in February. Brown says anecdotal reports from residents support the claims.

“The number of complaints from residents over a lack of responsiveness has skyrocketed,” Brown told Spectrum News 1.

Compton officials and their legal team said the allegations include conspiracy and will be turned over to the district attorney’s office for potential criminal charges. They described the claim as a precursor to a lawsuit.

The “minutes fraud” accusations come on the heels of a deputy gang scandal in Compton, where a separate whistleblower, Deputy Art Gonzalez, claimed under oath a tattooed deputy clique called the “Executioners” ran the station. He said deputies had to be involved in a shooting to join the clique, which led to more aggressive tactics as well as evidence tampering by deputies in Compton.

“If you are involved in a shooting, history will show they get inked. We call it ‘ink-chasers’ because they’re out there trying to show the rest of the members that they’re worthy of that tattoo,” Gonzalez said.

Last year, Sheriff Alex Villanueva said he relieved two deputies of duty and transferred six others from the station. At a press conference Wednesday, Villanueva said the allegations from Gonzalez are still under investigation and likely overblown.

“If someone can find one, a gang member who wears tan and green, please let me know. They just don’t exist,” Villanueva said.

Regarding the claim alleging excessive billing in Compton, Villanueva said his department is doing an audit and actually boosted the number of deputies working in the city during the pandemic.

“I don’t think it’s going to be the grand conspiracy that the outgoing mayor of Compton wants it to be but we’ll definitely take the allegations seriously and we’re already doing a thorough audit on it and we’ll take action based on the results of that,” Villanueva said.

Mayor Brown’s high-profile battle with the sheriff started last year, when she accused deputies of inappropriate conduct stemming from a 2019 traffic stop where they searched her car.

“My rights were violated. I was disrespected by deputies who have no ties, no knowledge or any respect for this community,” she said at the time.

She declined to turn her video of the incident over to the sheriff’s department but requested an internal investigation into her claims.

Almost a year later, she says her report has gone nowhere.