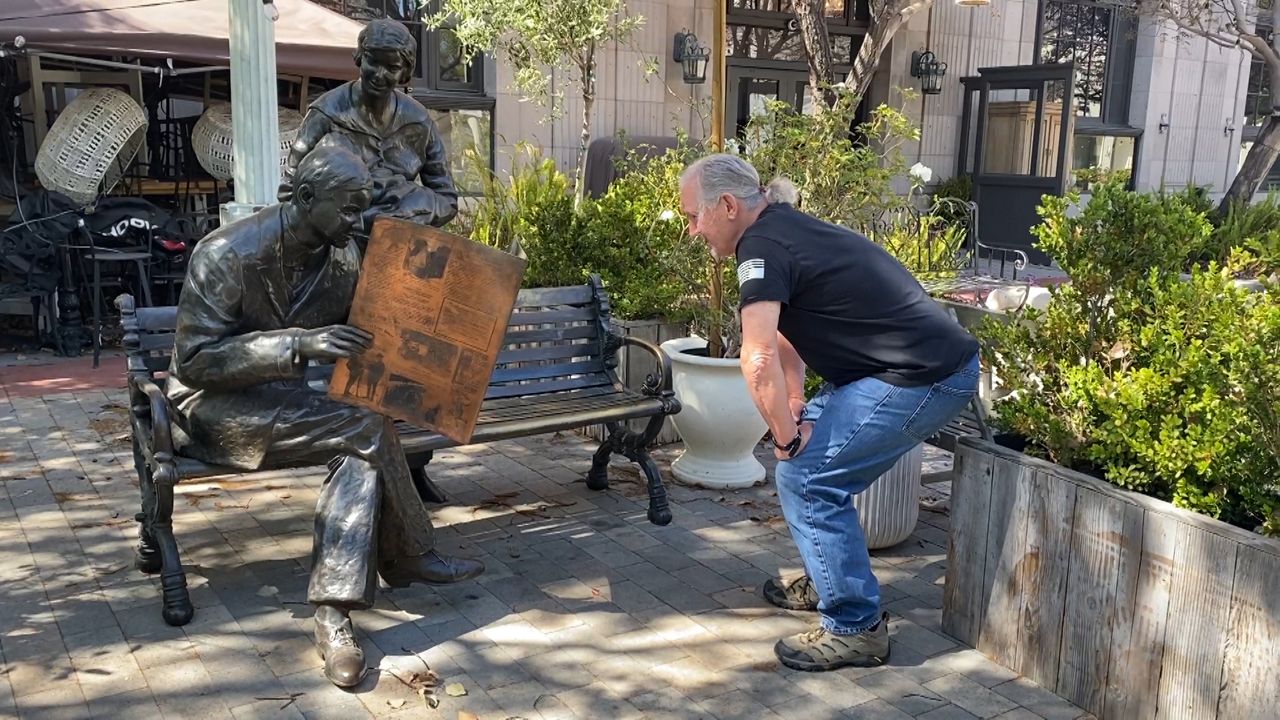 CULVER CITY, Calif. — An advertisement from 1915 describes the town carved out of Los Angeles' Westside as a "model little white city."

It's just one detail inside a viral article by amateur historian John Kent that describes the racist origins of Culver City.


Kent explained how the backlash against the article has been intense.

"People that want to critique it, they mainly just insult me," Kent said. "They can't take on the substance of it because they can't disprove it."

The book "Sundown Towns: A Hidden Dimension of American Racism" by James Loewen, which describes American cities that did not welcome people of color except to work, ignited Kent's deep dive into Culver City's history.

"The more I dug, the uglier it got," Kent said. "Since that article, things have gotten very heated in town."

Vice Mayor Daniel Lee noted that Kent's research is still relevant today. Six years ago, he was stepping off a curb in the downtown area when two Culver City police officers detained him.

"They basically stopped me, they frisked me and then they emptied my pockets," Lee said. "They left everything of mine on the sidewalk, and then they walked away laughing."

While African Americans are 8% of Culver City's population, they constitute 21% of residents arrested by Culver City's police department, according to an analysis by UCLA professor Kelly Lytle Hernandez of arrests between Jan 1. 2016 through July 15, 2018.

According to the department's internal statistics, Culver City residents make up just 10% to 15% of arrests made by the police department.

"Most of the people that they stop who are driving through are young people of color, and that really just reinforces in a sort of neo-colonial way the status of Culver City as a sundown town," Lee said.

All this came to a head last Monday when the Council's two Black members pushed for major policing reforms. All eyes were on progressive Mayor Alex Fisch, who quickly made it clear defunding or reducing the department's size was not on the table.

"I have almost reached the regrettable conclusion that the Negro's great stumbling block in the stride toward freedom is not the White Citizens Council-er or the Ku Klux Klanner, but the white moderate who is more devoted to "order" than to justice," Lee said.

Fisch added that the city will move forward to create a civilian oversight board, direct police to ignore minor traffic infractions such as broken tail lights and create a pilot program for an unarmed crisis response unit.

"All we're doing is not adhering to blind conservatism," Fisch said. "We're recognizing that there's a problem, and we're carefully trying to fix it. Down the road, we may find that there's a way to reduce the number of police. I really hope that's the case because it's a win for everybody. We can devote those resources to things that help our community.

Cid declined to be interviewed by Spectrum News 1 for this report.

Kent found the council discussion concerning. He explained how the city is moving too slowly to address concerns from people of color who have been stopped disproportionately by police in town.

"The same issues are coming up, and (there's) very little progress. They couldn't even vote on a hiring freeze," Kent said.

If the city is serious about tackling its history, Kent noted that they could start by addressing the statue of Harry Culver, the man who planned and advertised the so-called "little white city" over 100 years ago.

"This needs to come out and become public," Kent said. "The city needs to reckon with it. It's never going to reform its police, which is the current battle in our city unless we reckon with this white supremacist and racist past."