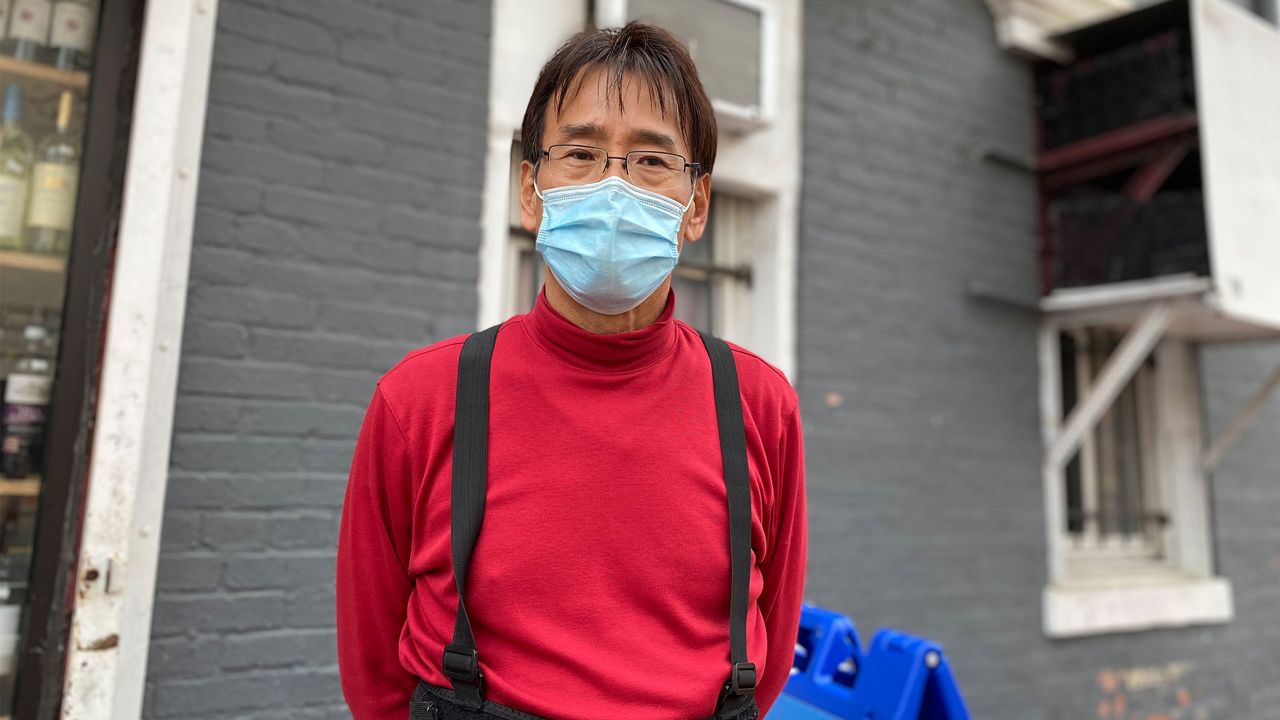 The other deadly virus: Flaws in classifying a 'hate crime'

EDITOR’S NOTE: This story was co-produced by Cameron Doney.

WASHINGTON — The U.S. Senate voted overwhelmingly to advance a bill that would address the surge in hate crimes against Asian Americans. It’s a signal of broad bipartisan support in a divided Congress for an issue that’s tearing into the Asian community.

Yet despite growing attention towards anti-Asian crimes amid the pandemic, many advocates say it’s difficult to actually classify a crime as an official hate crime.

Outside of his store, Chinatown Liquor, in Washington, D.C., John Kwon recounted the time he was attacked by a stranger in February.

“Trying to put this sign away, getting ready to close, and he walked out,” Kwon said.

The suspect was holding a stolen bottle of what appeared to be wine, which he turned quickly into a weapon.

“I was right here, I told him, ‘Give me the bottle back’, and he hit my face, and I fell right there,” Kwon gestured to the brick-cement sidewalk directly outside his store.

The force knocked Kwon down onto his knees which tore the ligaments in his left leg. He couldn’t get up and the suspect left. But Kwon said that attack was nothing new. Both physical and verbal attacks happen to him often, he said, a number of them racially motivated.

“A lot of racial slang and I still hear it. They say ‘Go back to China’ or they use the word ‘chink.’ I get upset, but what can I do? There's nothing I can do. I can confront them, fight with it, but it doesn’t solve anything,” Kwon said.

For an incident to be classified as a hate crime, the motive of the crime needs to be prejudice or bias “beyond a reasonable doubt” in which the District of Columbia’s Metropolitan Police Department admits it can be “difficult for prosecutors to prove” in court.

And any hate speech is not a hate crime, regardless of how offensive it may be.

But recent high-profile cases, like one in California where a man shouted racial slurs at an Asian family in a restaurant, have sparked escalating public outrage. In February, a Filipino man, Noel Quintana, was slashed across the face with a box cutter on the New York City Subway.

In April, a Chinese mother in Riverside County was walking her dogs when she was stabbed to death. In July 2020, in Brooklyn, two boys set an Asian woman on fire.

What these cases have in common: they’re unprovoked, yet authorities have concluded they’re not racially motivated because racial slurs were not said directly to the victims.

But as the first Chinese-American woman in Congress, Representative Judy Chu said the system “is absolutely wrong.” Chu pointed to the Atlanta shooting where six Asian women in Asian spas were gunned down by one white man and said in a statement:

“The murderer’s actions screamed that this was motivated by hate, but in this case and thousands like it, police may be reluctant to classify it as a hate crime because the killer said this was not… In order to truly address this problem, we need local law enforcement to know how to identify bias-motivated crimes.”

Stop AAPI Hate has received about 3,800 reports of anti-Asian instances since the start of the pandemic, but only a fraction of these was actually reported to law enforcement. That indicates that an even smaller portion of reports from the list is classified as a hate crime. The label can determine what penalties suspects face. If a crime is classified as a hate crime, penalties are elevated. In California, that may mean up to three more years behind bars, depending on the crime.

In Oakland and New York, where incident rates have spiked, officials appointed Asian Liaison Units or officers to encourage community relations and incident reporting. In the District, the MPD’s Asian Liaison Unit has been around since 1996. Lieutenant David Hong, who oversees the Special Liaison Branch which includes other race-related units, said he believes it’s in part due to their decades of outreach that the nation’s capital’s rate of anti-Asian crimes is at a low with three reported incidents in 2020 and none in 2021.

“It’s great to hear the other cities in the other police departments in the nation are creating these Asian Liaison Units,” Lt. Hong said. “It helps bridge the gap between the Asian community and the police.”

Last year, at the start of the pandemic, the MPD added three more officers of Asian descent to the unit including Officer Michael Kim.

“I am trying to visit all the business owners or people to make them comfortable. If they have a language barrier I’m trying to listen to them and help them out,” Officer Kim said.

Officer Kim regularly visits Kwon’s store and while Kwon says he’s grateful, he hopes for even more patrols and resources to help out. Many advocates and lawmakers agree.

Several bills, including the No Hate Act and COVID–19 Hate Crimes Act, currently being discussed would equip law enforcement with more guidance on how to address hate crimes while expanding data collection. The legislation would also dedicate a Department of Justice official to prioritize hate crime investigations.

“Our community is bleeding. We are in pain and for the last year we have been screaming out for help,” Rep. Grace Meng, D-NY, said in a hearing on anti-Asian hate.

“We are the fastest-growing racial demographic in the country. We are 23 million strong. We are united. And we are waking up,” Kim said.

With more empowerment, comes more incident and crime reporting, and more public awareness. Only then will courage and solutions arise. Kwon’s case is not currently considered a hate crime, but the MPD said: “any evidence uncovered would be thoroughly investigated.

When Kwon was in the hospital receiving treatment after the attack, he asked himself: “Why does this happen to me all the time? What did I do?”

Kwon said it all happened so fast and since he didn’t interact with the suspect much, he chooses not to speculate why he was hit in the face or whether race was involved.

“I forgive him,” Kwon said. “But I try to not think about it. We’re still people. We’re people the same as them. So they can treat us with respect. That’s what I am hoping for.”

Kwon must wear a soft cast for three months after the incident. He said after 40 years as a business owner, he does not let attacks scare him from running his business with his wife. Kwon said he just hopes the foul language and rise in vicious attacks will come to an end.

Senseless attacks are not the only issue concerning the Asian American community. A new study shows that nearly 90% of small Asian American businesses lost revenue last year, a rate higher than other racial and ethnic groups.

In Kwon’s case, the suspect was caught shortly after the incident and charged with assault and theft.

This is the second part of the series: "Racism Doesn’t Belong." Part I of this two-part series, which investigates the root causes of the rise in anti-Asian attacks, can be found here.