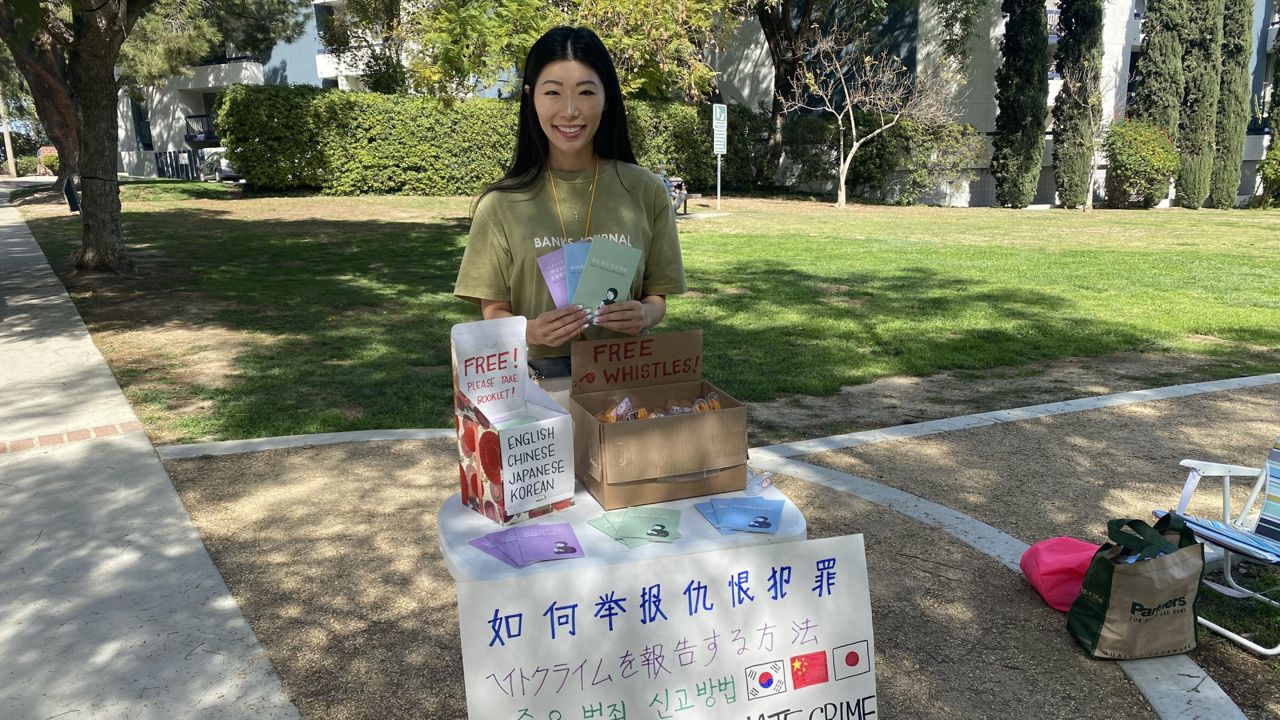 Esther Lim, a second generation Korean American, is helping educate the community in how to report hate-crime incidents.

LOS ANGELES — Esther Lim is confronting what kept her up for countless nights worrying about her parents’ safety.

“I want them not to be fearful anymore. I don’t want them to remain silent. I want them to speak up and call it out for what it is,” said Esther Lim, a second-generation Korean American.

Lim explained that all this started during the beginning of the COVID-19 pandemic, when she saw videos of people brutally attacking older Asian adults for no reason other than for who they were.

“I’m sure they’re already feeling terrified as it was of being a victim and then to actually experience it is something else,” said Lim. Thinking about her own parents, Lim said she researched what kind of resources and government assistance were available for victims of hate crimes.

“People didn’t know about it, but the information was always there. It’s just now, let me make it easier for you by putting it in this booklet,” said Lim.

On top of working a full-time job, Lim designed colorful pocket-sized booklets called How to Report a Hate Crime. Inside are 15 pages detailing how people can reach out for help following an incident, whether they choose to call 911 or an organization and penal codes for hate incidents.

Her booklets are printed in Korean, Japanese, and Chinese. After receiving requests for other languages, Lim asked her friends to help her translate her booklet in English, Vietnamese, Thai, and Spanish.

According a national coalition called Stop AAPI Hate, there were more than 2,800 reports of hate incidents towards Asian people last year.

On Friday, Los Angeles City Mayor Eric Garcetti released the following statement regarding the rise in Anti-Asian Hate crimes: “Los Angeles has zero tolerance for bigotry or racism. I am profoundly disturbed by both the rise in hate crimes directed at our Asian American and Pacific Islander neighbors and the recent incident in Koreatown. I want to send a clear message: first, to our AAPI communities, we stand with you and will protect you from these senseless attacks. And second, to all those who would perpetrate violence against our fellow Angelenos, you will be held accountable for your actions.”

So far, Lim has printed and given away close 5,000 booklets for free in L.A. and Orange County. She is fundraising to print more and is planning to distribute the booklets in Oakland and New York.

Lim added that her heart was tugged every time she heard about another Asian person getting attacked. She stressed that we’re all capable of preventing these attacks, and that we just need to find it in our hearts to find a way to stand up for one another — whether it’s by creating a booklet or speaking up when you see something.

For more information about where you can pick up a free booklet or to download a copy visit https://www.hatecrimebook.com/ or follow her on Instagram at @hatecrimebook.