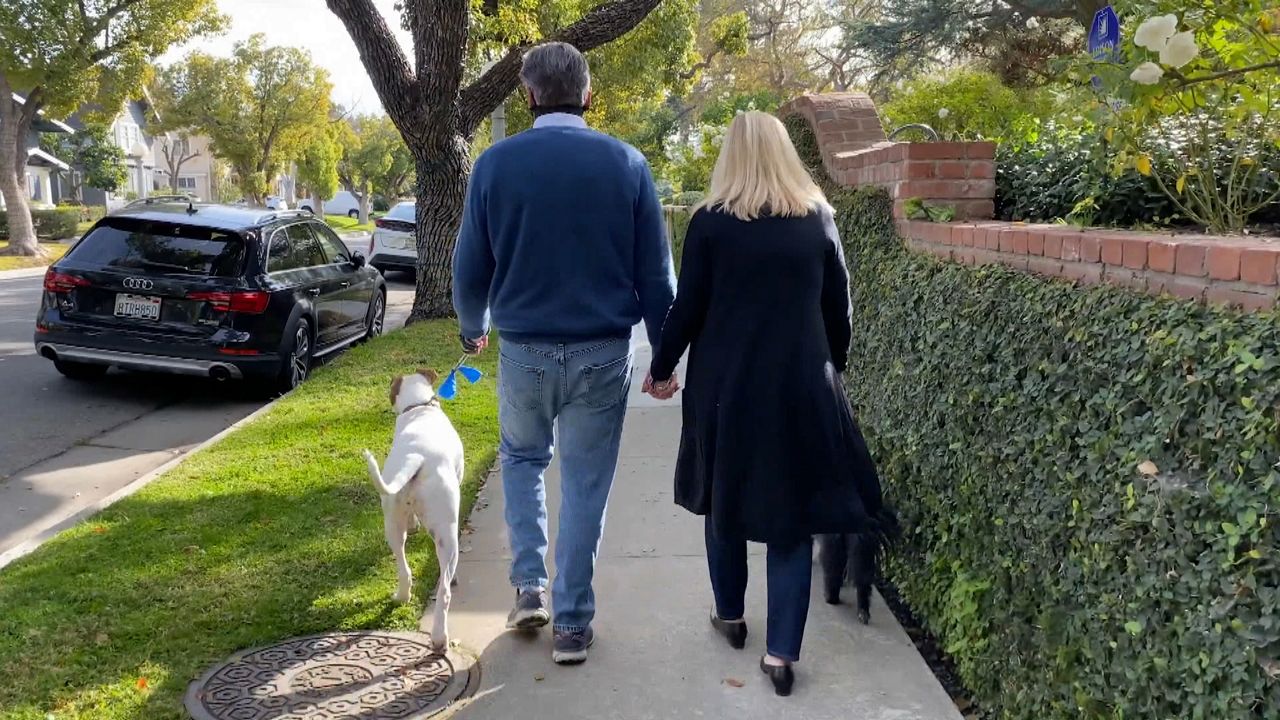 Mary Ternan and her husband, Ed, started the nonprofit Song for Charlie after they lost their son to counterfeit drug pills.

LOS ANGELES — Every morning, Mary Ternan comes to her in-home memorial to look at photos and remember her son Charlie.

“It was really hard to first look at these pictures right after Charlie died, but it’s really important to keep his soul and presence alive," Ternan said.

Charlie died suddenly last May after taking a counterfeit Percocet. The pill that he was poisoned by was made of fentanyl. When Charlie’s mom and dad, Ed, found out, their world was shattered.

“It was the worst day of our life," she said.

What they soon learned was the accelerating epidemic of counterfeit prescription pills plaguing the United States. Ed and Mary termed these fake pills as “fentapills,” because the only active ingredient is fentanyl.

They also started the nonprofit Song For Charlie, targeting the youth and their educators through school presentations and social media.

“In terms of dealing with our grief, is to have identified a problem that’s bigger than we are, that we can kind of sink our teeth in, and see if we can make some small impact," Ed Ternan said.

And the problem is enormous.

Los Angeles DEA Special Agent-In-Charge Bill Bodner said they started seeing fake prescription pills on the streets in 2016, and since then it’s exploded, becoming the most significant drug threat in the county.

“This year we’ve seized over a million counterfeit prescription drug pills, and in 2016 it was almost a novelty, the drug cartels were just starting to get into the production of them," Bodner said.

The most common counterfeit prescription pill is a 30-milligram oxycodone — a small blue pill stamped with M-30, a close second are counterfeit Xanax pills. It is a game of Russian roulette because no one knows how much fentanyl is in each pill.

“No one knows the quantity because they’re made in clandestine labs, they’re filthy labs, the dosing is really inconsistent, and it’s a deadly game, experimenting and taking these drugs," Bodner said.

In L.A. county alone, fentanyl is now involved in nearly half of drug-caused deaths. Bodner’s biggest fear are that these fake pills are the most significant drug threat for young people.

“In this country we’ve become comfortable to prescription drugs and we think, 'Oh, it’s a safe little pill and you’re not injecting it, go ahead and try it.' But yet we see it’s just so much more dangerous than heroin," Bodner said.

With a stressed-out culture, and social isolation brought on by the pandemic, the Ternan’s know the drug cartels will continue to capitalize off of our society’s prescription drug culture.

“We haven’t flattened this curve yet, this is a problem that is still accelerating," Ed Ternan said.

So they hope by targeting young people — the most vulnerable group through Song For Charlie — to teach them the lethal dangers of fentapills, other families won’t suffer like they have.

“If we can save some lives, that’s the goal," Mary Ternan said.

Turning their grief into a mission that is badly needed now more than ever.