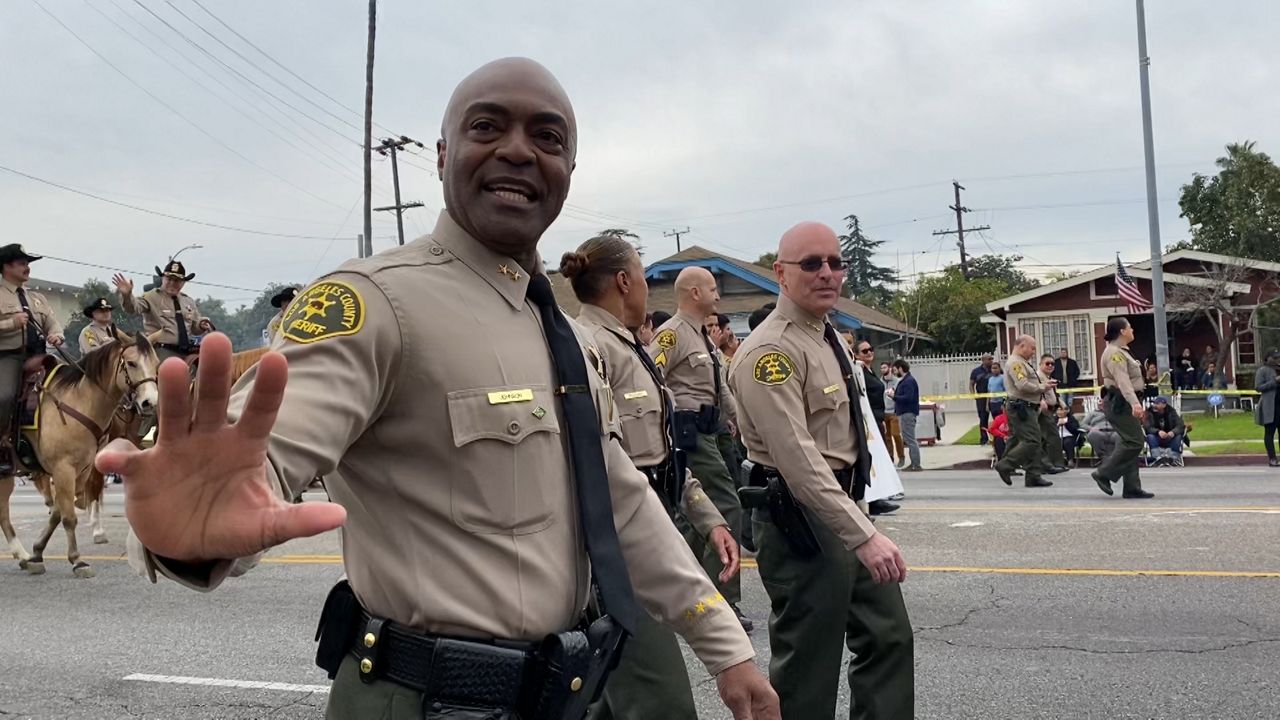 Board of Supervisors Poised to Weigh Controversial Nov. Ballot Measure on Funding

LOS ANGELES – The Los Angeles Board of Supervisor will debate a controversial ballot measure Tuesday that would allow L.A. County voters to funnel 10 percent of the county’s unrestricted general fund to undeserved communities. The proposed charter amendment would prohibit that money from going to any departments in the criminal justice system, including the Los Angeles County Sheriff’s Department, District Attorney’s Office or probation department.

A resolution Tuesday would direct the County Clerk to place a special election on the Nov. 3 general election ballot. While four out of five supervisors support the measure, it faces opposition from Sheriff Alex Villanueva, the deputy’s union, and the union for L.A. district attorneys.

“The problem is the funding is defunding of law enforcement,” Villanueva said, “and that is the hidden agenda of this entire apparatus.”

Indeed, while to some, “defund police” is a hashtag, to Eunisses Hernandez, it’s a purpose.

“I saw my friends’ lives get destroyed by being criminalized,” Hernandez said. “My friend got a marijuana conviction in 2011 and he has never recovered from that even though we’ve legalized marijuana.”

Growing up in Northeast Los Angeles, Hernandez said violence shaped her life inside her home and out. She specifically remembers calling 9-1-1 over a domestic violence situation, only to have officers refuse to help.

“They came to the house, they told me it was not something that was urgent to them. They didn’t even get out of the car and they left,” she said. “So I think it was a mix of all those things that drove me to want to change the system.

On Thursday, she made her way her way through the county building to interview candidates to lead a new department she helped create that will seek alternatives to incarceration. If a proposed ballot measure to shift more funding to underserved communities makes it to the ballot, she’ll be heading up the campaign.

The ballot measure would require the county to spend a minimum of 10 percent of unrestricted revenues to be used for youth development programs, job training, loans for minority-owned businesses, rent assistance and housing projects. As currently written, the money could not be used for law enforcement, the District Attorney’s Office, the court system or the Probation Department.

The board of supervisors will consider whether to place the measure on the November ballot Tuesday, July 28.

“We want permanent, supportive housing for everyone. We want access to healthcare and mental health services,” she said.

As currently written, the measure doesn’t specifically say to defund the sheriff’s department for those services, but the president of the deputy’s union, ALADS, says it's aimed squarely at their budget.

“They will have to close stations whether they like it or not, or whether we like it or not, because the money won’t be there,” said Ron Hernandez, who spent nearly 30 years of his career as a deputy and a detective.

He says the measure could cause up to a 1,000 deputies to face layoffs and close sheriff substations.

“You can’t leave deputies in the field without the resources they need and the amount of back up they need. You’ve got to think worst case scenario,” Hernandez said.

There is something both sides agree on – that with Covid-19 and the ensuing economic shutdown devastating government budget’s there’s less money to go around.

Eunisses says voters should be the ones who get to define the priorities in November.