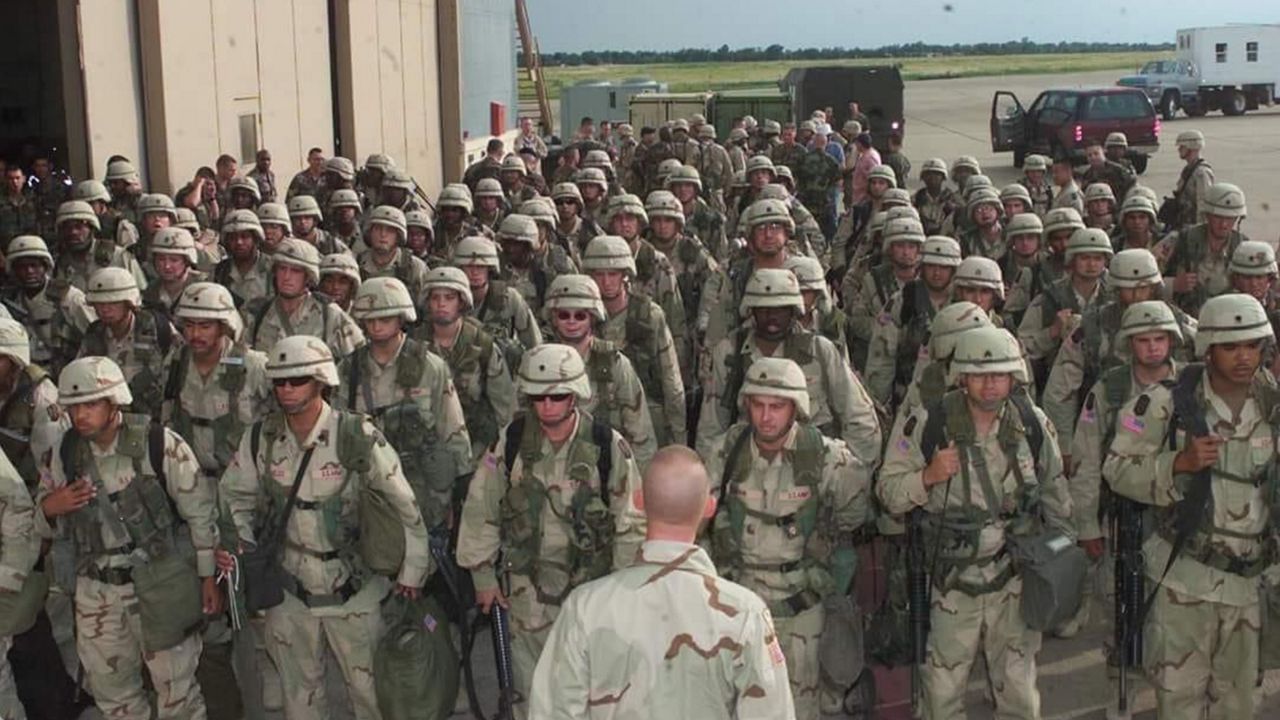 LOS ANGELES — Donald George risked his life while serving with the United States military in Iraq, but upon returning home, he says he was seen as a threat in certain neighborhoods if he was not wearing his uniform.

“The most frustrating thing about it all is you have good intentions when you serve. You know when you deploy, you do all these things. And, when you come back and you realize its hard to fight for a country that won’t fight for you, that's incredibly disheartening and frustrating,” he said.

While striving to overcome his PTSD from war, he still deals with negative racial interactions in his own country, which makes the healing that much more challenging, he said. George has found a therapeutic outlet in stand up comedy.

“Comedy helped me break down walls and be comfortable enough to get into mental health therapy, which I’ve been doing on and off for about five years now,” he said.

Striving to make progress with every step, he and several of his friends created a petition on Change.org that seeks to register racial predators into a database, similar to sex offenders.

“It’ll make people who want to weaponize my skin against me, who want to call the police for no reason, hopefully, they’ll think twice about their decisions and realize, yeah, that's not right."

With over 50 thousand signatures, he hopes the database will decrease the frequency of false race-based 911 reports, and hold both civilians and law enforcement accountable for their actions.

“The idea behind it is accountability and responsibility," he said. "And overall, just looking out for one another."