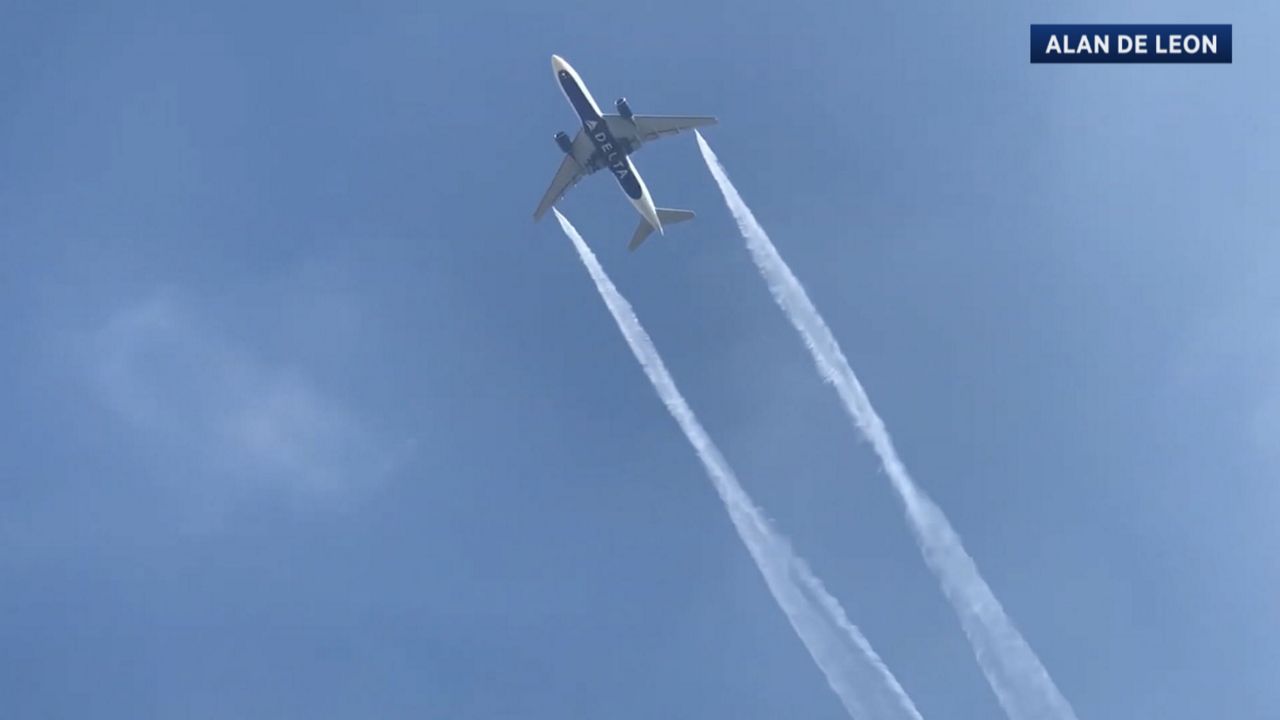 CUDAHY, Calif. – Down the street from Park Avenue Elementary, Rosario Lopez and her mother Maria Lozoya are cleaning their home.

But this household is feeling overwhelmed by what they witnessed earlier this week when Delta Flight 89 discharged fuel onto this small Cudahy neighborhood and Park Avenue Elementary School.

"I told my mom, something probably exploded right there. I never imagined the fuel on top of the school to the kids like oh my God," said Lopez.

The flight was headed to Shanghai on Tuesday but had to make an emergency landing at the Los Angeles International Airport, moments after takeoff. On its way back, the plane dumped fuel, which rained down on elementary school kids.

The smell of gasoline made Lozoya sick to her stomach, but her main concern was for her grandkids who attend the school.

“When I saw them coming out from school, they came out covering their mouths,” said Lozoya. “Well because the smell of gasoline was terrible, very very terrible.”

On Wednesday city officials, the Los Angeles Unified School District, and a representative from Delta gathered at Park Elementary Avenue Elementary School to assure members of the community that they are safe.

New Mayor Elizabeth Alcantar is from Cudahy, but has only been in her post for a little over a week.

"Seeing obviously something affect so gravely our community in terms of our children, our families, and just our neighbors around Park Avenue Elementary was obviously incredibly devastating," said Alcantar.

Despite the community living under a flight path, Alcantar wants to make sure this doesn't happen again and that everyone is able to get the care they need.

"We want to make sure that everyone is healthy, everyone is safe, everyone feels healthy and safe, and that's what we're addressing right now immediately," said Alcantar.

As for Lopez and her mom, they hope city officials will do something if it turns out there are long-term health risks.

"Well I don't know if they're going to do anything about it, but for me personally, I am still affected by it. Because I am still in shock over what happened," said Lozoya.

Shock that it could happen in their community.