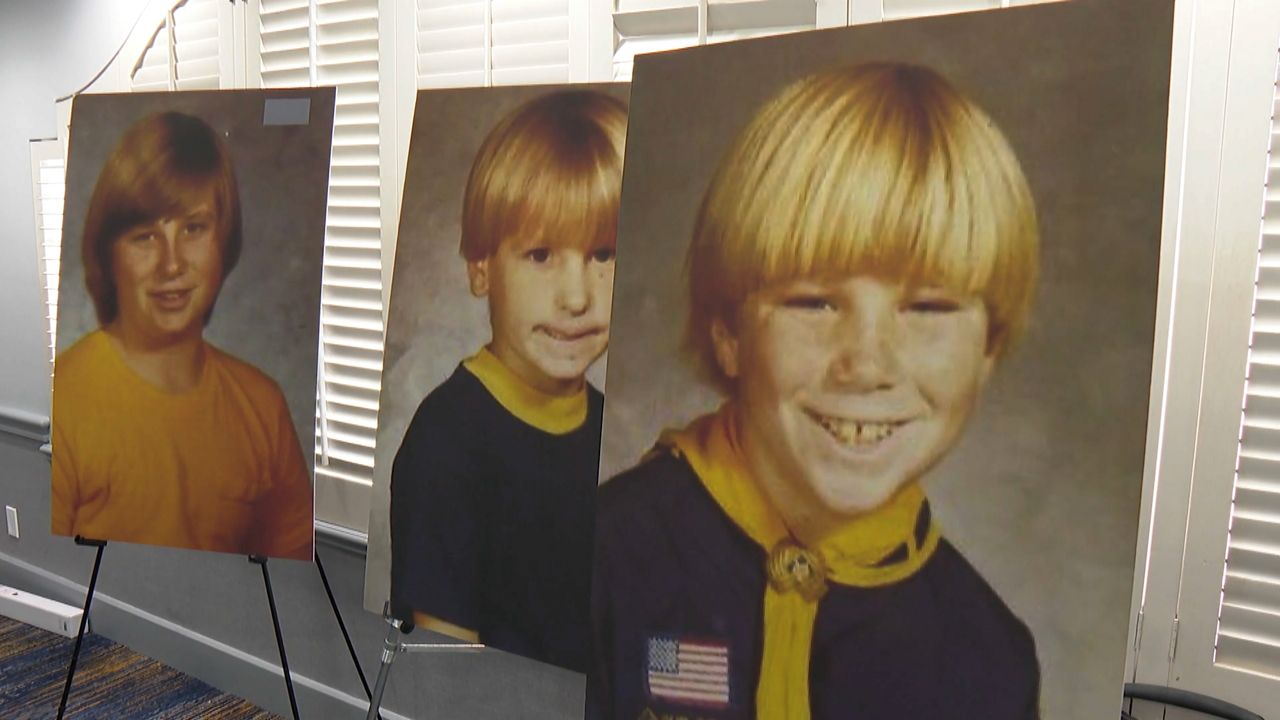 LOS ANGELES – Little man, that is what sexual abuse survivor John Doe calls his younger self.

“10 years ago he became little man, after I started realizing what happened and connecting it,” said John Doe.

He shows a picture of little man taken when he was a Boy Scout in Downey back in the 80s. The photo was supposedly taken by his abuser, his scoutmaster. John carries the picture everywhere he goes.

“To protect him, make sure he’s ok, because I need him just as much as he needs me, we are there for each other all the time,” said John.

He also shows pictures of some of the locations where the alleged sexual abuse took place on camping trips and outings. According to a draft of the lawsuit, the abuse lasted about four years, and it still affects him to this day.

“I really don’t trust anybody, never been in a relationship at all, anybody that touches me disgusts me,” says John.

He realized the extent of the abuse after the 2012 release of the Perversion Files or IV Files, short for ineligible volunteers. A list put together by the Boy Scouts of America naming thousands of volunteers and staff members suspected, accused or convicted of sex abuse.

His abuser James David Taff, who was later convicted of his abuse against John Doe, is on the list. And yet, John and his parents were never notified. That is negligence according to the lawyers, and that attitude opened the door to more abuse.

“My scout leader gave me a ride home and it started that night in his car,” said John Doe 2, another alleged abuse survivor out of Ventura County. “The abuse lasted for about three and a half years.”

Until now, these survivors had no legal recourse against the Boy Scouts organization and their IV Files due to California’s statute of limitations. However, Assembly Bill 218 signed into law by Governor Newsom and going into effect in 2020 is allowing these and a growing number of survivors to seek monetary damages for the alleged abuse.

“We are allowed to do that because of the new statute of limitations in California that opened this three-year window that allows people who were abuse when they were children to bring claims against organizations that allowed the abuse to happen regardless of when that abuse happened,” says Gilion Dumas one of the lawyers filing the civil suit.

As of now, the attorneys are representing 14 survivors, in seven different lawsuits alleging abuse ranging from 1960 to 1980 in a handful of counties.

Also, on the first of the year, the Church of Jesus Christ of Latter-Day Saints will withdraw 400,000 kids from the Boy Scouts. That will mean an 18 percent drop in membership, the first time since the World War II era that numbers will drop below two million. The Mormon Church will facilitate its own program to use worldwide since, it says, more than half of its members live outside North America.

In response, the Boy Scouts of America sent Spectrum News 1 the following statement.

“First and foremost, we care deeply about all victims of child abuse and sincerely apologize to anyone who was harmed during their time in Scouting. We are outraged that there have been times when individuals took advantage of our program to abuse innocent children. We believe victims, we support them, we pay for counseling by a provider of their choice and we encourage them to come forward. It is the Boy Scouts of America (BSA) policy that all incidents of suspected abuse are reported to law enforcement.

Nothing is more important than the safety and protection of children in our Scouting programs – it is our top priority. The BSA has a multi-layered process of safeguards informed by experts, including the following, all of which act as barriers to abuse: a leadership policy that requires at least two youth-protection trained adults be present with youth at all times and bans one-on-one situations where adults would have any interactions alone with children – either in person, online, or via text; a thorough screening process for adult leaders and staff including criminal background checks, and the prompt mandatory reporting of any allegation or suspicion of abuse.

We steadfastly believe that one incident of abuse is one too many and we are continually improving all of our policies to prevent abuse. This is precisely why we fully support and advocate for the creation of a national registry overseen by a governmental entity, similar to the national sex offender registry, of those who are suspected of child abuse or inappropriate behavior with a child, thus allowing all youth-serving organizations to share and access such information. We call upon Congress and other youth- serving organizations to support this initiative.

Stronger safeguards are something the alleged victims are also asking for, but they also want recognition and acknowledgement of wrongdoing, says John Doe.

*The names of the survivors in this story have been changed to protect their identity.*