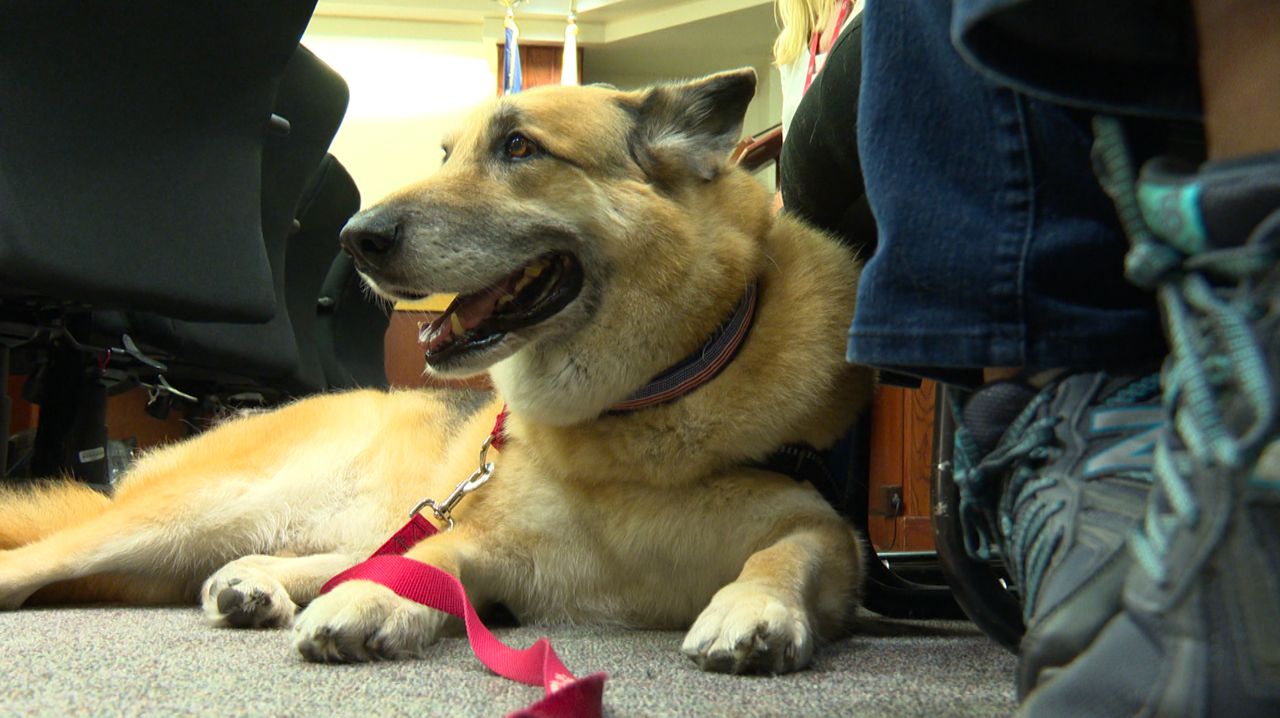 ORANGE, Calif. — Sitting across from a judge can be intimidating for people, but even more so for children. In order to make it easier and more comfortable for children to express themselves, there has been a team that specializes in helping children who have been somehow affected by exploitation and trafficking.

Judge Joanne Motoike is a presiding judge of the Orange County Juvenile Court. During every meeting inside her courtroom, Judge Motoike can be seen sitting across people at eye level.

“I think it makes it a little more of a comfortable setting as opposed to me sitting up from above at the bench and in a way talking at or talking down to our participants,” said Judge Motoike.

Judge Motoike is part of GRACE Court which stands for Generating Resources to Abolish Child Exploitation. The children who walk into her courthouse are either victims or survivors who come through the foster care and probation systems. This includes minors who have been sexually trafficked.

“Every single aspect of this young person’s life is represented by the team, so we can wrap them with services that are needed to hopefully kind of break the cycle and then transition them either back home or transition them into an independent living environment,” said Judge Motoike.

The judge said child trafficking cases don’t just get reported overseas, but they happen in every state in the country and locally in every state.

In Orange County, a report showed that approximately 80 percent of victims and traffickers come to Orange County from across the state and nation. Those numbers show that the county’s tourist attractions, sports venues, beach cities, and affluent population create a high demand for exploitation and trafficking.

Traffickers often bring their victims to Orange County expecting to have a high volume of customers and higher profits.

The boys and girls coming into her courtroom walk in with their voices taken away from them because of violence, manipulation and deceit. It’s the judge’s and the GRACE Court team’s mission to help kids build confidence and find their voice.

Judge Motoike said the team has gotten help to do that thanks to Cheryl Timmons and her 10-year-old German Shepherd dog named Baxter.

“I don’t know what it is about Baxter, his silent abilities, but I hear that he doesn’t really like me going on the record. He has the ability to soften and just alleviate whatever is going on in the courtroom especially with that young person who is in the courtroom,” said Judge Motoike.

Trafficking victims know Timmons and Baxter’s names. They find comfort in seeing them. Timmons usually sits behind the children and Baxter is allowed to walk anywhere in the courtroom, but he usually sits right beside the victims.

“I have to admit it’s totally a gift from God. Baxter is a gift from God and it’s just become our ministry,” said Timmons, who is also a volunteer at the Anaheim Police Department.

Timmons, a Yorba Linda resident, rescued Baxter when he was 4 years old from the German Shepherd Safe Haven, a nonprofit in Laguna Niguel. She said he was found wandering the streets of San Bernardino.

“I just watch God work down through him and to the girls,” said Timmons.

As much joy and comfort as Baxter brings to everyone he meets at the courthouse, he is suffering from arthritis. Timmons and Baxter avoid the stairways and opt for elevators in court. Currently, Baxter is undergoing rehabilitation therapy at the Healthy Paws Veterinary Care in Fullerton. His veterinarian, Doctor Janet Suh started a GoFundMe campaign to raise money for his therapy sessions.

Judge Motoike says GRACE Court is organized in a way to help children who have lost their voices along the way a chance to regain their voice and become even stronger so they can break the cycle of being trafficked and exploited.

If you’d like to help Baxter continue with his rehabilitation therapy and helping bring comfort to child trafficking survivors, visit the GoFundMe page.