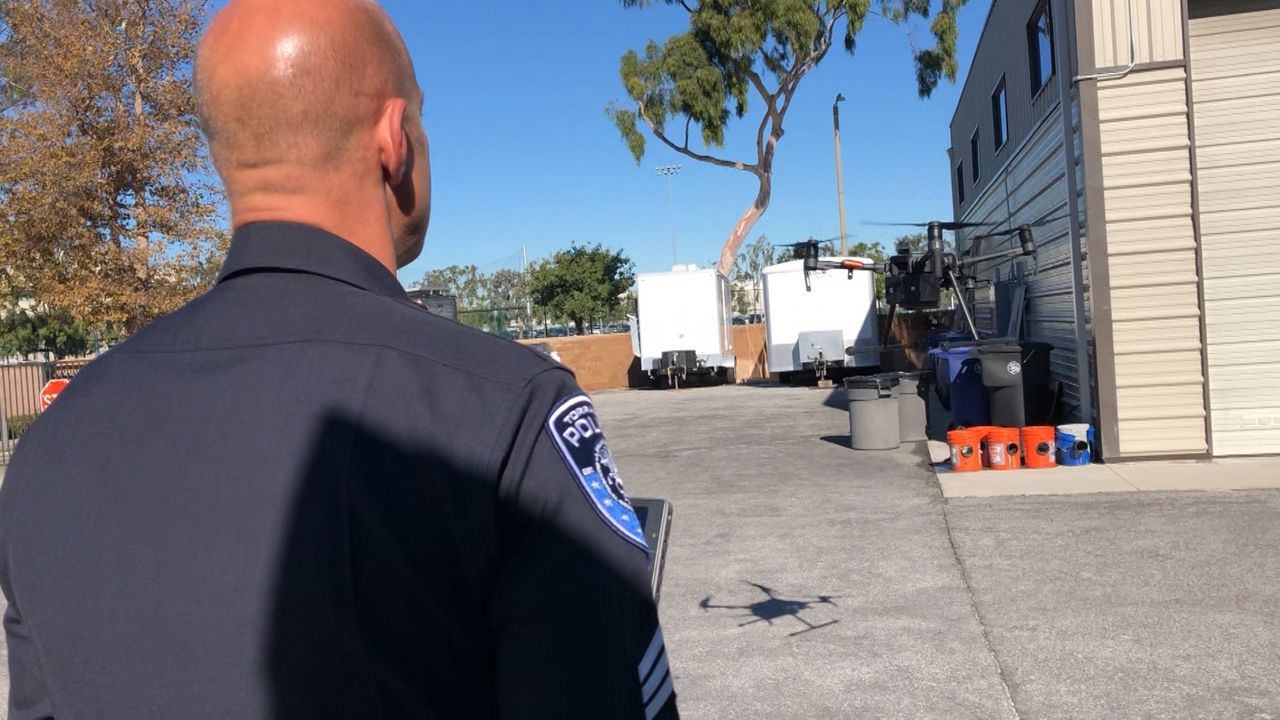 High-tech drones are a fairly new crime-fighting tool for officers in the field, but the Torrance Police Department is one of the first South Bay law enforcement agencies to create and train a team to use the devices to fight crime.

Sandoval is one of 11 Torrance police officers licensed with a Part 107 license with the Federal Aviation Administration to operate the department’s drones as part of the new Unmanned Aerial Systems team.

On the hand held controller, toggles allow the operator to maneuver the drone while a monitor shows a video feed from the air. The drones can detect heat, record video and help officers find a suspect or a missing person from a distance.

“Oh, it’s been a huge asset. A lot of our stuff obviously happens at nighttime. So when officers are out there and dark is our enemy, this helps us immensely,” Sandoval said.

It’s a tool the team has found irreplaceable. But it leaves a question of where privacy comes in for residents.

The drones are an easy way for the department to get an aerial view without the high cost of a helicopter. But there’s a downside, each drone can only last about 40 minutes in the air before needing fresh batteries.

It’s a technology over 900 public safety agencies are buying into nationwide, according to the Center for Drone Studies at Bard College. Two thirds of which comes from law enforcement.

Rancho Palos Verdes resident Steven Kratz has a Part 107 license to fly his sail plane, and he said that having drones as a police technology is just part of the new normal.

“We’re being watched on so many cameras as it is any time we are in public. I’d rather have law enforcement watching me,” Kratz said.

Maitlen said that the team isn’t looking to invade anyone’s privacy, that’s why each takeoff comes with extensive record keeping, logging, and a second approval before operators like Sandoval can get any drone in the air.

Torrance Police department’s drone team requires each operator to have a Part 107 FAA license, take a two-day training course and train up to one year before operators can use the drones in the field.

“I think as long as it is used for good. We want our police and officials here to be a force for good,“ said resident Casey Courter.