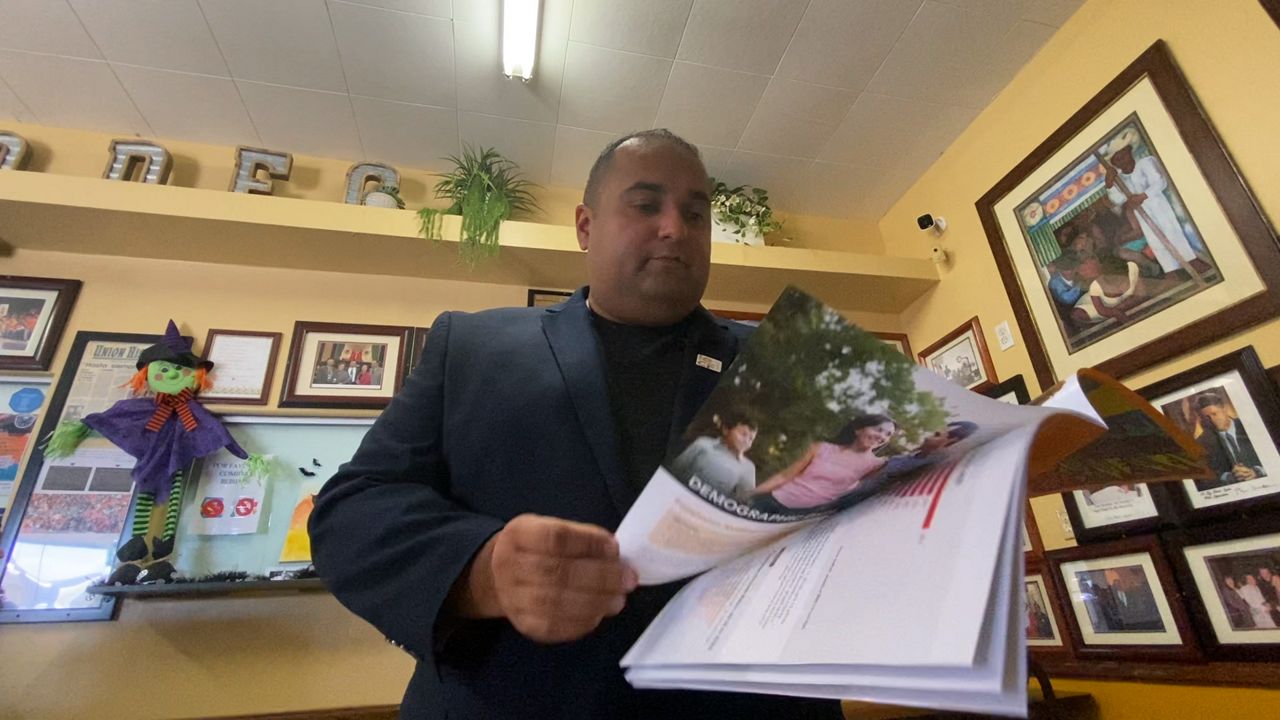 As the Latino footprint expands in the Inland Empire, a new fund has been launched to allocate dollars to invest in Latino serving organizations. (Spectrum News 1/Taylor Torregano)

PERRIS, Calif. — A new fund called the Cultivating Inland Empire Latino Opportunity, or CIELO Fund, has just launched in the Inland Empire as part of the Inland Empire Community Foundation to allocate dollars and support for Latino led and serving organizations, like TODEC Legal Center.

Research done in partnership with the University of California Riverside’s Center for Social Innovation shows even though the Inland Empire has become predominately Latino for the first time, there are still significant disparities that remain within the community.