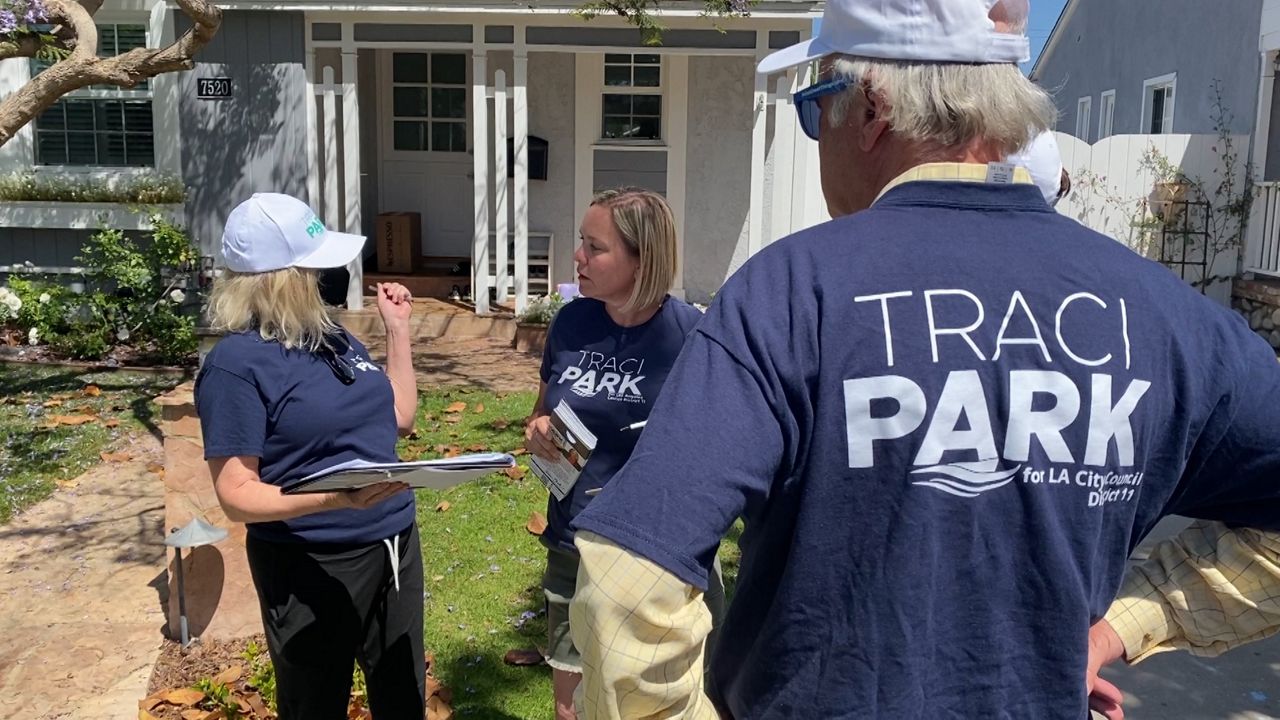 LOS ANGELES — After nearly sixty years in Venice, Naomi Nightingale knows change is inevitable in her community. After all, when her family moved to Oakwood in 1963, it was an affordable place for African Americans who had been redlined out of other parts of Los Angeles.

“You would have seen a predominately Black and brown community,” Nightingale said. “You don’t see that anymore.”

Nightingale and her family were instrumental in saving a piece of that history, working for years to get Venice’s historic Black church added to the Historic-Cultural Monument List in 2021.

Now, she’s looking for the best candidate to lead Council District 11. Voters will decide in November who should replace Los Angeles City Council member Mike Bonin, who declined to run for re-election after avoiding a recall attempt earlier this year.

Two lawyers are in the November runoff: criminal defense and tenant lawyer Erin Darling and employment lawyer Traci Park, who took a leave of absence from the firm Burke, Williams and Sorenson, LLP, to run for office last year.

“I think everything you do is relevant and if you aspire to be a politician and represent people, you have to own what your past is,” Nightingale said.

Park was already considering a run for office in April 2021, when she defended the city of Anaheim from a lawsuit where an African American fleet operator alleged discrimination, saying his supervisor used the n-word “numerous times,” talked down to him and repeatedly used vulgar language. In court documents, Park argued, “while an allegation of the use of this single word is serious, the plaintiff does not allege the term was ever directed at him or that he was targeted with its usage.”

Darling said his opponent defended the indefensible when she took the case.

“I think that’s just wrong,” Darling said. “To make that argument is just wrong. I don’t think it shows any awareness of the intensity of that word, which is the worst slur in the English language,” Darling said.

Park told Spectrum News 1 she was just doing her job and when asked, did not say she regretted taking the case.

“I do not condone the use of racially offensive slurs or language, however, there are legal standards when it comes to filing a lawsuit and, if you read the brief, you’ll see that I noted this was a very serious allegation,” Park said.

Her campaign sent Spectrum News 1 a list of cases where Darling, as a public defender, represented gang members, drug dealers and a pedophile.

“You have two attorneys running for this seat, both of whom have represented clients in a lot of different cases,” Park said. “We both do our jobs.”

“She’s trying to deflect and not address the fact she defended the use of the n-word,” Darling said, who argued as a partner at her firm, Park had control over the cases she chose to handle.

“Defending racism is racism. It is imperative that during a time when anti-Black violence continues to rise, that all Angelenos take a strong racial justice position and refuse to elect representatives that depart from that,” the statement said, in part.

At her home in Venice, Nightingale said after learning more about the candidates and watching forums, she made her choice.

Months after taking the case, Park her firm to run for City Council.

She knows whoever wins in November won’t accomplish their agenda on their own. They’ll need support from the community.