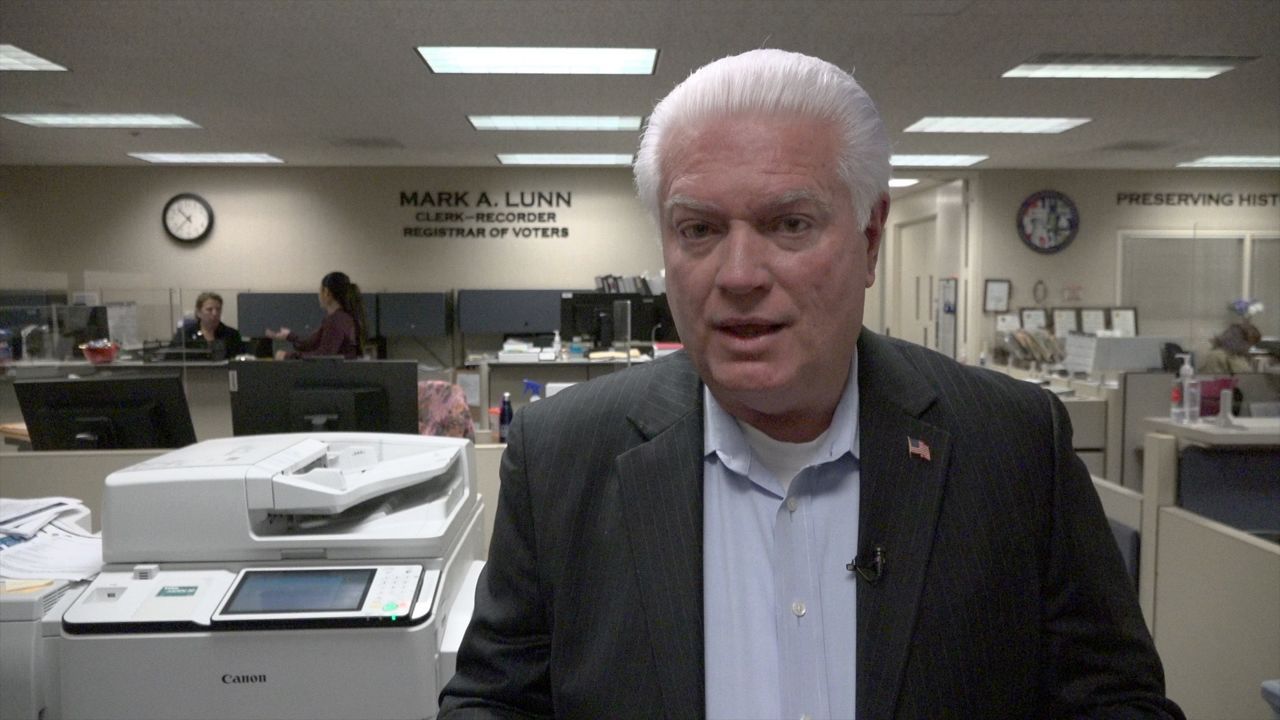 VENTURA, Calif. — Voter confidence in the electoral process has never been lower, but Ventura County election officials want the public to know their ballot is safe — literally under lock and key.

According to a recent CNN / SSRS poll, 56% of all respondents said they have “little or no confidence that American elections reflect the will of the people.” Nearly three-quarters of republican voters said they didn’t trust the vote. But Mark Lunn, the Ventura County Registrar of Voters, wants to reassure his voters that their ballots are buttoned down.

“There’s a lot of talk and a lot of communication about ‘Are elections fair? Are they open? Are they free?’” he said. “In Ventura County, and California as a whole, we have great election laws here. We have great checks and balances provided by those laws.”

To prove his point, Lunn accompanied a Spectrum News reporter on a tour through the area where ballots are received and counted at the registrar’s office. In fact, by protocol, the reporter had to be accompanied. Very few people are allowed into this secure area and any visitors must be approved and escorted by an elections employee.

“Once we come through this hallway, we’re kind of in the ballot sanctuary area,” Lunn said.

He pointed to a large cage, inside of which were election workers opening mail-in ballots. The cage is always locked when no one is around and only a few managers have the key.

Just then, an election worker came out of the cage to deliver a box of opened ballots to the “counting room” across the hall. She was accompanied by a co-worker. Lunn explained how, at all times, any elections employee in possession of a single ballot must be accompanied by another person.

The “buddy ballot system” is just one precaution the County takes to ensure no one can tinker with the tally.

Lunn pointed to a camera in the ceiling.

“Everywhere you go here in the Election Division here is a camera that is going to track you. There’s one there,” he said, pointing to another camera. “And another one over there.”

The ballots are under constant surveillance, explained Lunn, from the moment they arrive at the loading dock. Also, all voting equipment and supplies are electronically tagged. As that equipment leaves or enters the building, they must pass through a set of sensors attached to a large archway.

And even though the counting process has been computerized, Lunn said a human must double-check the procedure. Lunn pointed to a large machine.

“It’s nothing but a big computer and a big camera,” Lunn said.

It scans every ballot that comes in. But, then, employees lend their eyeballs.

“They look at every (ballot) in Ventura County,” he said. “We look at every signature that we get, regardless of what the machine says, to see if it’s valid.”

And Lunn says the computers are secure, simply because they are all on the premise and behind locked doors.

“They’re here under my lock and key,” he said. “So I can say to every voter in the County that your vote is in my server under my surveillance.”

If there is one voter who trusts the system, that would be Martha Trulock, who, by her own hands, has first-hand knowledge of the system. Trulock is an elections worker who works in “the cage” opening ballots. One of her sacred duties is to unfold each mail-in ballot by hand—under the watch of one of her “buddies,” of course.

“I think this county has it down,” she said. “It is really tight. And it’s gotten even tighter with everyone worrying about election security.”