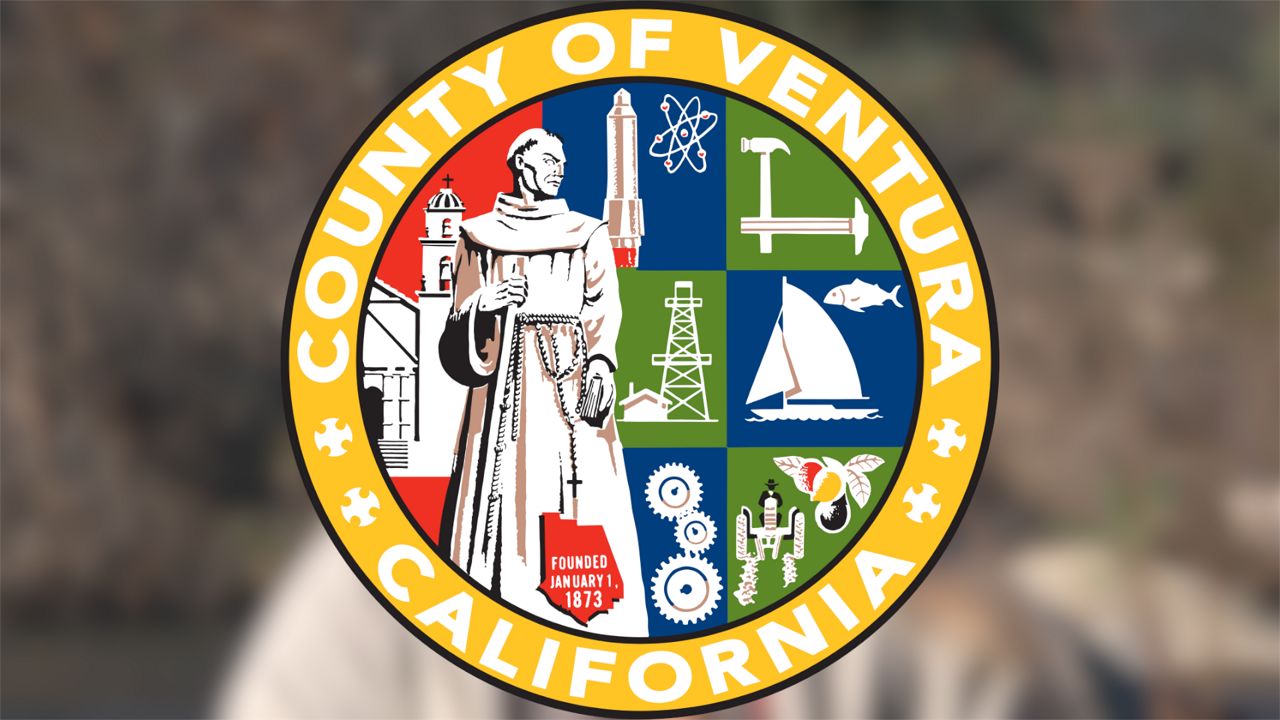 VENTURA, Calif. — Julie Tumamait-Stenslie recently sat on a rock next to the same waters her ancestors fished in Ojai, long before the Spanish named it the "Ventura River."

"We didn't name rivers," Tumamait-Stenslie said. Instead, she said, her ancestors would have generally referred to it as "Utom," which is the name for "river."

Tumamait-Stenslie is a true California native, not just because she was born in California and has lived in Ojai her entire life. She is an elder and direct descendant of the Chumash natives who lived here for thousands of years long before someone drew "Ventura County" on a map.

"There was not one name for the entire region," Tumamait-Stenslie said.

The area was named by the man who looms large on the official seal of the County of Ventura. Father Junipero Serra founded Mission San Buenaventura in 1782. A Spanish Franciscan missionary, he came to convert the Chumash to Christianity. But, Tumamait-Stenslie and some historians say the Spaniard's mission didn't save souls. It crushed them.

"We were conquered," Tumamait-Stenslie said. "They saw a viable resource. They came with—not to use a pun—a 'mission' to convert, subjugate and put the native peoples here as a workforce."

Tumamait-Stenslie said native people were often shackled and beaten so as "to better understand the word of God."

"We had so much taken away from us," Tumamait-Stenslie added.

She wants Serra wiped off the official seal. And so does Carmen Ramirez, one of five members of the Ventura County Board of Supervisors who will soon vote on a new seal.

"We shouldn't have anything on a seal that could, perhaps, be hurtful to any segment of our county," Ramirez said.

Serra's image is by far the largest symbol on the seal.

The controversy surrounding Serra is not new. The debate has raged for decades. Protesters have toppled statues of the 18th-century missionary in Sacramento and Los Angeles.

Ramirez said Serra's oversized presence on the Ventura County seal breaches the wall between church and state. The missionary, who the Catholic Church has since canonized, is depicted on the seal holding a Bible. A cross hangs from a rope around Serra's robe.

"(The seal) excludes all other religions that people belong to in our county," said Ramirez, who also likes to point out that she is Catholic.

Ramirez wants a complete overhaul of the seal's design, which was adopted in 1964.

"We need something more modern and beautiful," Ramirez said. "And this is not it."

She said there are other symbols on the seal that are outdated. There is an oil derrick on the seal, which, Ramirez says, does not speak to the county's efforts to harness renewable energy. And there is a rocket next to an atomic symbol representing the now-closed Santa Susana Field Laboratory, a rocket test center and nuclear facility in the Simi Hills.

In 1959, a meltdown at an experimental nuclear reactor contaminated the area.

"He should have some representation within the historic content of the foundation of California," Elewaut said, noting that Serra founded the first nine of California's 21 missions.

"For those that say that Serra abused them, I would say, 'Show us the documentation,'" Elewaut said. "So, it is a fallacy to say that he abused them. But he did discipline them according to the norms and mores of the day."

Tumamait-Stenslie dismisses that claim out of hand.

"That's how conquerors treated those being conquered, is to keep them in line," she said. "Just because it was the sign of the times, doesn't make it right."

And, for that, Tumamait-Stenslie says Serra simply doesn't deserve validation on an official symbol.

"Like with the statue, it's not telling the story," Tumamait-Stenslie said.

Ramirez predicts the Ventura County Board of Supervisors will vote on a new seal by the summer with input from their constituents. She also believes there is a majority among the supervisors to change the seal.