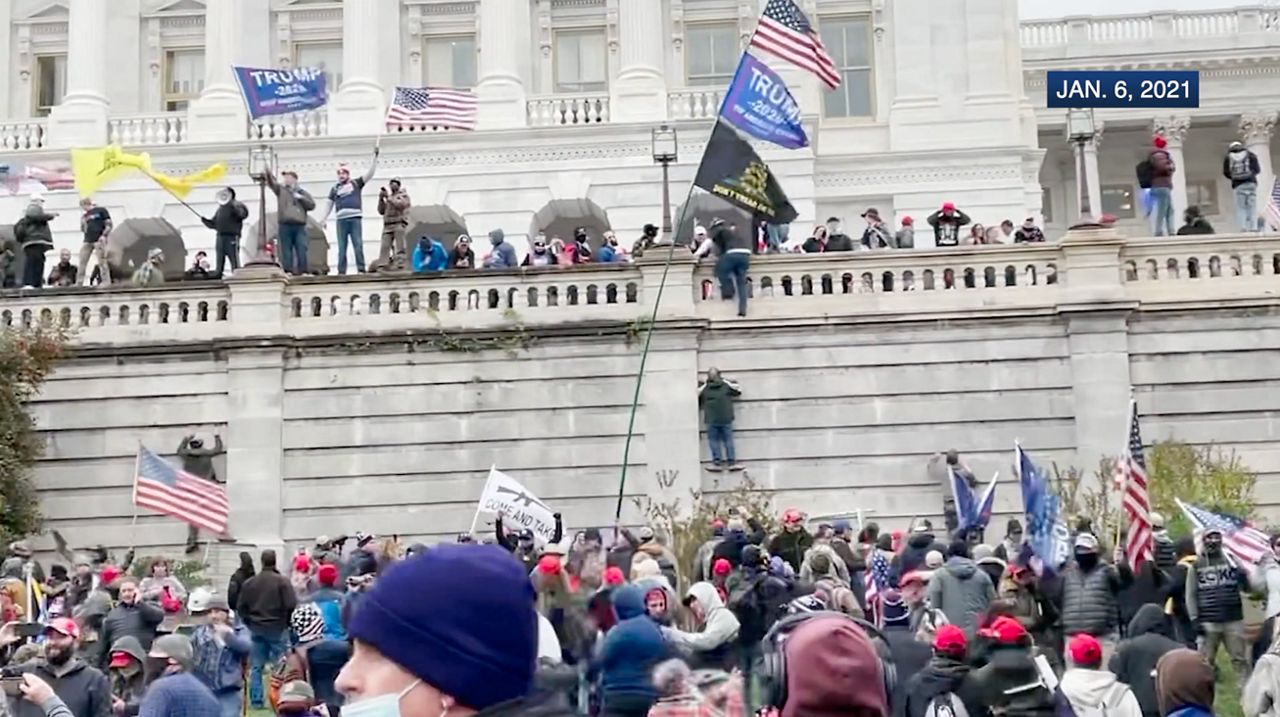 Biden to speak at Capitol on first anniversary of attack

WASHINGTON, D.C. — It was one year ago today that a mob of supporters of Donald Trump stormed the U.S. Capitol building.

They attacked police officers and caused more than $1 million in damage, all in an attempt to stop Congress from certifying Joe Biden’s presidential win.

“I think what's most shocking about what happened a year ago is that there's probably a lot of different examples we could pull from world history or from other countries, but it was really unprecedented in our own history,” Professor Denver Brunsman, a historian at George Washington University, told Spectrum News.

Brunsman said the Civil War may be the closest analogy in U.S. history to what happened one year ago.

President Joe Biden and Vice President Kamala Harris will travel to the Capitol this morning to mark the first anniversary.

The White House said Biden will speak from Statuary Hall — one of the places the rioters broke into — to condemn the attack and Trump’s response to it.

“He will, of course, speak to the moment, to the importance and history of the peaceful transfer of power, of what we need to do to protect our own democracy and be forward-looking,” White House press secretary Jen Psaki said Wednesday. “But he will also reflect on the role his predecessor had.”

Democrats in Congress continue to push for answers from the House committee investigating what happened and from the Justice Department, which has arrested and charged over 700 people who stormed the Capitol.

“It would be easy to say I want to forget about it,” said Rep. Joyce Beatty, D-Ohio, who chairs the Congressional Black Caucus. “I want to forget about being in my office with young people crying and thinking that they were going to die, being escorted to a safe place. But I also want us to have justice.”

Republicans have largely condemned the violence committed that day, but they have mostly avoided blaming Trump for the insurrection.

While Democrats want the investigations to determine what Trump did leading up to and during the attack, and whether there was a plan to storm the Capitol, Republicans are focused on a more narrow question.

In a letter to his members this week, House Republican leader Kevin McCarthy wrote that Democrats seem “no closer to answering the central question of how the Capitol was left so unprepared. ... Instead, they are using it as a partisan political weapon to further divide.”

The political divide over what happened on Capitol Hill one year ago remains strong as ever. It’s not expected many Republicans will take part in the events Democrats have planned for Thursday, which include a moment of silence on the House floor, a moderated discussion with historians and a prayer vigil on the Capitol steps.