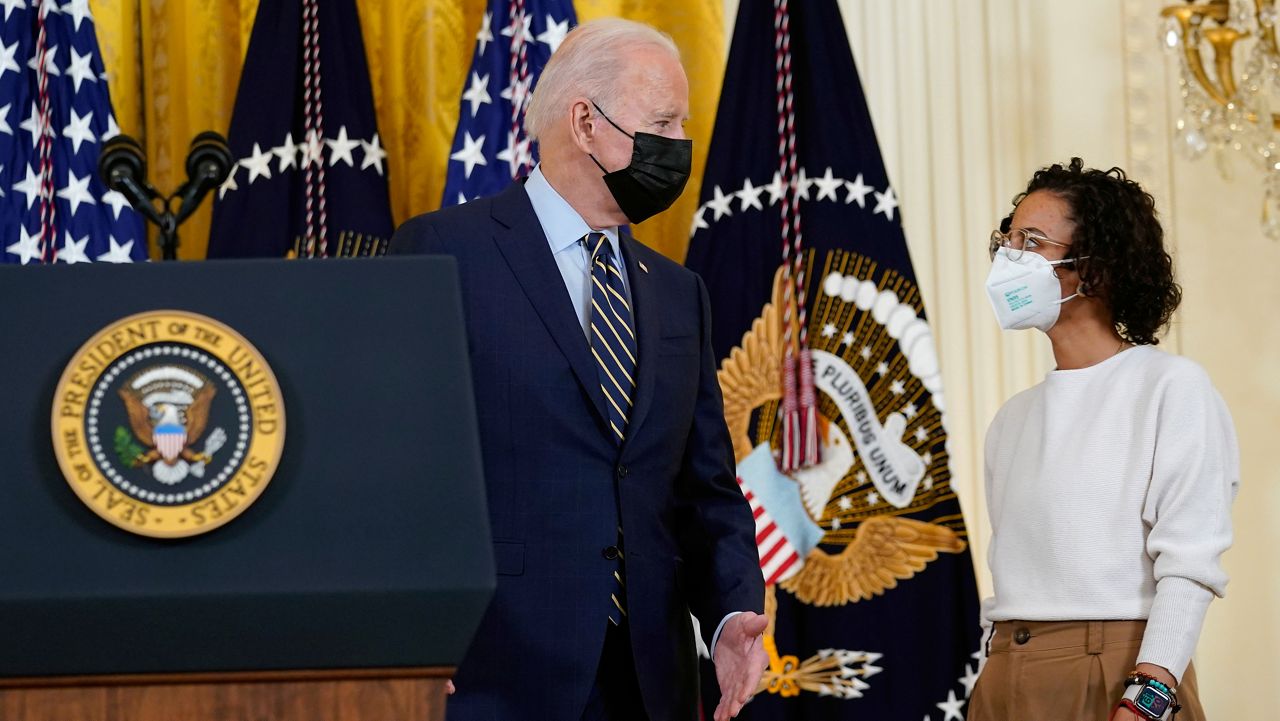 'It is time for action:' Drug reform advocates call for Senate to pass Build Back Better Act

In Washington, Congress faces a daunting to-do list this week before lawmakers leave for the holidays, including an expected vote to increase the nation’s borrowing limit and approve a massive defense spending bill.

Sen. Joe Manchin, D-W.Va., is skeptical about the urgency of passing the president’s climate and social safety net spending plan before the new year.

“I know people have been in a hurry for a long time to do something but basically we’re seeing stuff unfold that allows us to prepare better,” Manchin told the press on Monday ahead of a phone call with the president. “And that’s what we should do.”

The senator discussed a path forward for the legislation with Biden during their call. But Manchin says he’s still concerned the nearly $2 trillion measure would make inflation worse. Some advocates say Americans cannot wait for it’s passage any longer.

“Stop talking about it and putting out press releases and pass some substantive legislation that addresses the problem,” said Clayton McCook, an Oklahoma father of two. "It is time for action."

McCook’s has been wrestling with the rising the cost of insulin for his oldest daughter. He says it doubled from what they first paid several years ago.

“An initial order of insulin for my daughter, which typically lasts four to five months, cost me over $2,000 out of pocket,” he says. “And that's for six vials of insulin.”

The Build Back Better Act has a provision that would cap the price of the drug at $35 for insured patients. He says that measure is invaluable even if it’s not perfect.

“It's not enough. And the reason I say it's not enough is because that copay cap specifically applies to those who have insurance,” said McCook. “And the most vulnerable people in our society when when we're talking about health care, and prescription drugs are people who don't have insurance.”

Advocates say the bill’s failure to address the drug costs paid by the uninsured is also a shortcoming of dueling legislation by Republicans aimed at curbing rising drug prices. Iesha Meza, a legal assistant in Arizona living with diabetes, says she fell into a coma several years ago because she was uninsured and had to ration her insulin she could afford.

She met with Biden at the White House last week to share her story and advocate for the uninsured.

“He, Mr. President, is trying find ways around those issues,” she said. “He mentioned that with the [Build Back Better Act], [the uninsured] could enroll in Obamacare. And through that, they could have insurance and also have the $35 cap on insulin.”

"The reality is that 1 in 4 patients with diabetes has had to ration insulin due to high drug prices...I am plagued with the fear that I may not be able to afford my insulin again." #BuildBackBetter pic.twitter.com/gf8IvNqx82

Her advocacy work didn’t stop there. Meza spoke during a press conference at the White House after meeting the president and urged Senate Democrats to get to work. She says millions are waiting for them.

“I would urge them to stop procrastinating and to think about their constituents,” she said.

The Senate doesn’t have much time to act. It’s supposed to adjourn at the end of the week for Christmas.