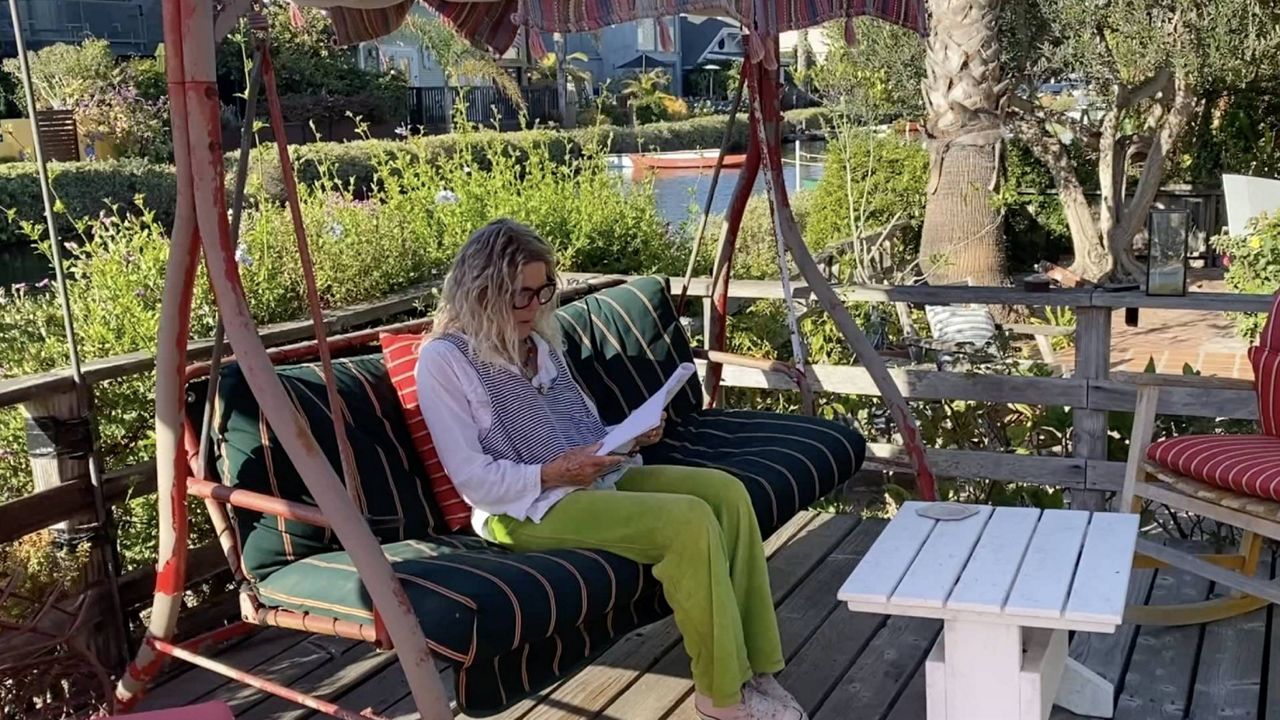 Alley Mills Bean is known for her role in the classic coming-of-age series "The Wonder Years." (Spectrum News 1/Natalie Brunell)

But she always strongly identified with team blue.


"My entire life I’ve been a Democrat," Bean said. "I was raised by a good old Roosevelt Democrat, my very strong mother who was a union woman and a civil rights person."

The actress, who is most known for her role in the classic coming-of-age series "The Wonder Years" is now wondering if the well-intentioned Democratic policies she once supported in California have resulted in a rise in serious quality-of-life issues in her community.

“We’re a perfect example, Venice, California. We are so compassionate, and we are so progressive that we have become like a dumping ground really for the entire city of Los Angeles,” she said.

Bean’s top concerns and voting issues fall in two categories: the housing crisis and drug crimes. She is suspicious of how taxpayer money is allocated for public affordable housing projects that are costing more than $500,000 per unit. Plus, she has teamed up with other local advocates to examine crime, homelessness and drugs along the Venice Boardwalk and other areas of LA.

Bean and Michael Shellenberger have been capturing videos of the tent cities and drug deals happening right near Bean’s Venice home. She is most disappointed with the proliferation of the drug fentanyl, which she said she witnessed being as easy to purchase as candy.

"The state’s policies have failed," she said. "Having, you know, theft and burglary and dealing on an open-air market and police have their hands tied because it’s just a misdemeanor, and they’re not even having to take them in."

For Bean, the issue of fentanyl hits close to home, but it’s something she’s not ready to talk about yet. She has had to face multiple losses over the last year, including the death of her husband, actor Orson Bean, in a tragic traffic accident in Venice. She has channeled all her energy into fighting to make a difference in her community.

Bean explained that she doesn’t agree with the term "Republican recall" because even with her objections, she doesn’t consider herself a conservative.

"I’m not a Republican," she said. "I’m not a naysayer that’s easy to just kind of check off. I want to be listened to, and I’m really upset, and a lot of my friends are really upset."

Strong emotions like Bean’s are driving many voters on both sides to the polls in this election, according to political communications expert and Professor Dan Schnur of University of Southern California.

"Emotions are the driving force for any election, how they feel by the gut," Schnur said. "And some voters think Newsom holds himself to different standards. That emotional impact, that emotional connection often drives the day."


Schnur added that even though polls show Gov. Gavin Newsom in the lead, his biggest threat will come from his own base voting for his recall.

"These are the voters who the Republican candidates need most badly in order to pass the recall," he said. "At this point, it looks like Newsom and his campaign believe that if they can motivate the Democratic base to turn out and vote on Election Day, that they will defeat the recall by a fairly comfortable margin."

But for Bean, this election doesn’t come down to red or blue. It comes down to right and wrong.

"When you’ve got it wrong, don’t be arrogant. Admit you’re wrong," she said. "Please, Gavin Newsom, admit it. Just admit that we’re getting this really wrong.  People are dying on the street. People really care. There’s crime. It’s a mess, and there are solutions, and we can get this right. We’ve gotten it right before."

EDITOR'S NOTE: Following the publication of this story, Bean wanted to share that she never indicated whether she was voting for or against the recall, but she did want to offer her views on some of the issues affecting her community. (Sept. 14, 2021)