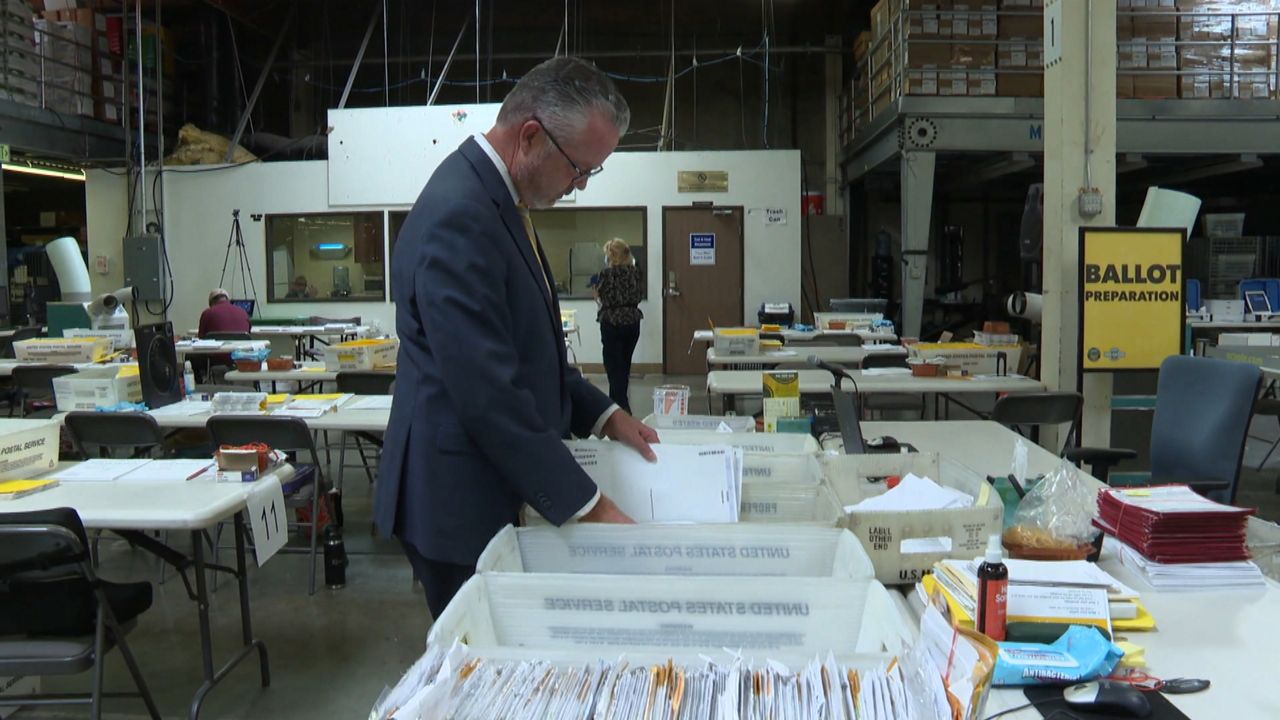 SANTA ANA, Calif. — Neal Kelley, the Registrar of Voters for Orange County, will be leading the team when it comes to sorting, checking and counting the ballots of registered voters in Orange County on election night.

“The logistics and movement of the operation is what kind of keeps me going. The adrenaline stays in your body. You either hate or love this work and I actually love it,” said Kelley.

Kelley became the registrar in 2005, two years after the successful recall of Gov. Gray Davis which brought out 61% of registered voters in Orange County.

“It is a bit unusual coming off the 2020 presidential. I thought we’d have a little bit of a break, but that didn’t happen so here we are,” Kelley said.

Orange County had a record turnout in November for the 2020 Presidential Election. Nearly 88% of the 1.8 million registered voters voted. Compare that with 42% of voters in the county making their decision so far on whether Gov. Gavin Newsom can finish his term or be taken out of office.

“I think we’ll be shy of 2003 which was 61%. That was very high for a statewide special in Orange County,” Kelley said.

He says a lot has changed in his profession since he became the registrar, including the scrutiny and threats towards election officials.

“It’s become a different world for elected officials. It’s disheartening a bit. I’d hate to see us continue to go down this path. It’s not the right thing,” Kelley said.

With this election being closely monitored locally and nationally, Kelley says registrars like him will continue to keep election security at the forefront of their minds.

“It goes to the confidence of voters and it’s just the right thing to do,” Kelley said.

His team has been working 12-hour shifts, but they’re going to transition to 24-hour shifts to make sure that every eligible ballot is counted in this election because they each represent a voice.