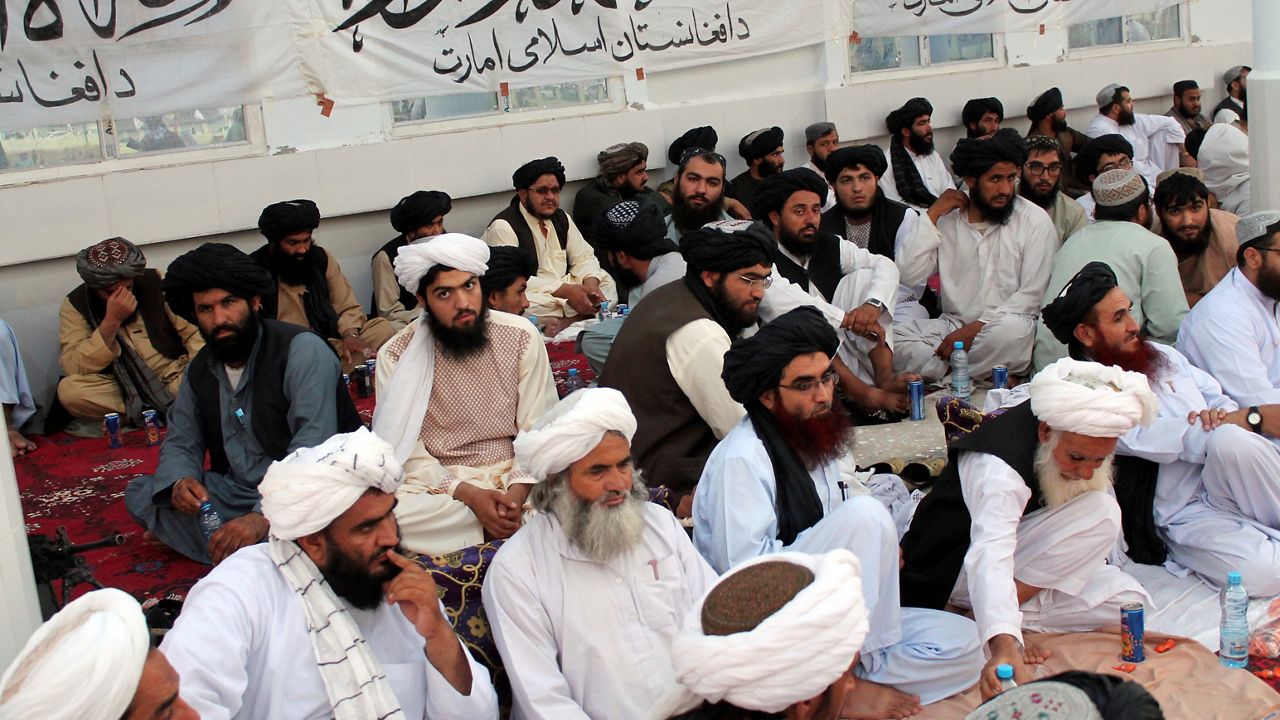 Democrats, Republicans push for administration to stay in Afghanistan past deadline

WASHINGTON, D.C. — Bipartisan lawmakers are pushing for the U.S. to stay in Afghanistan past the Aug. 31 deadline, days after an attack at Kabul's airport left 13 Americans and scores of Afghans dead.

Less than 48 hours after the attack, the U.S. military said it killed two Islamic State groups' Afghanistan affiliates with a drone strike.

On Friday, the administration clarified there was one suicide bomber, not two, and it's not clear if the individuals killed in the airstrike Friday were related to the suicide bombing from Thursday.

Officials said an offshoot of the Islamic State terror group, called ISIS-K, enemy to the U.S. and apparent enemy of the Taliban, was responsible for the attack outside a gate of Kabul's airport.

"America will not be intimidated," he said in an address Thursday.

The Thursday explosion occurred at Kabul's airport targeting Afghans trying to get into the airport for evacuation and the U.S. troops screening them.

Rep. Brad Sherman, D-Sherman Oaks, who is on the Foreign Affairs Committee, is one of the people calling for the U.S. to stay in the area past the deadline.

"This is a tragedy, but it's not outside the realm of what we expected," he said.

Sherman explained that the bombing and other imminent threats further complicate the U.S.'s exit from Afghanistan. He said he hopes the administration will negotiate with the Taliban to remain at least five days past the deadline, noting that more time is needed to evacuate all those eligible to leave.

"We need to bargain with the Taliban to try to stay longer simply because neither side, neither they nor we, were in favor of this bombing, and we both understand that that necessitates a longer timeline," he said.


Another member on the Foreign Affairs Committee, Rep. Young Kim, R-La Habra, and other Republicans said the U.S. shouldn't need the Taliban's permission to stay longer.

"We cannot be driven by the Taliban timeline when we are talking about saving lives here. And, however we got here, we are here. Let's focus on getting as many people to safety. And this is a great opportunity for us to show the world the United States can lead," Kim said.

Then-President Donald Trump initially set a deadline of May 1 for the U.S. withdrawal in return for the Taliban agreeing not to attack troops. Biden extended that to Aug. 31. Several countries have already ended or are ending their evacuation mission in Afghanistan, including the UK, Spain, Canada and Italy. The U.S. vowed to continue to help Americans and Afghan allies even after U.S. troops fully withdraw.

Sherman said evacuation complications came due to the U.S. not being able to contact and track all Americans in the country. He said he's planning to introduce legislation to require Americans to register with the embassies of war-zone countries.