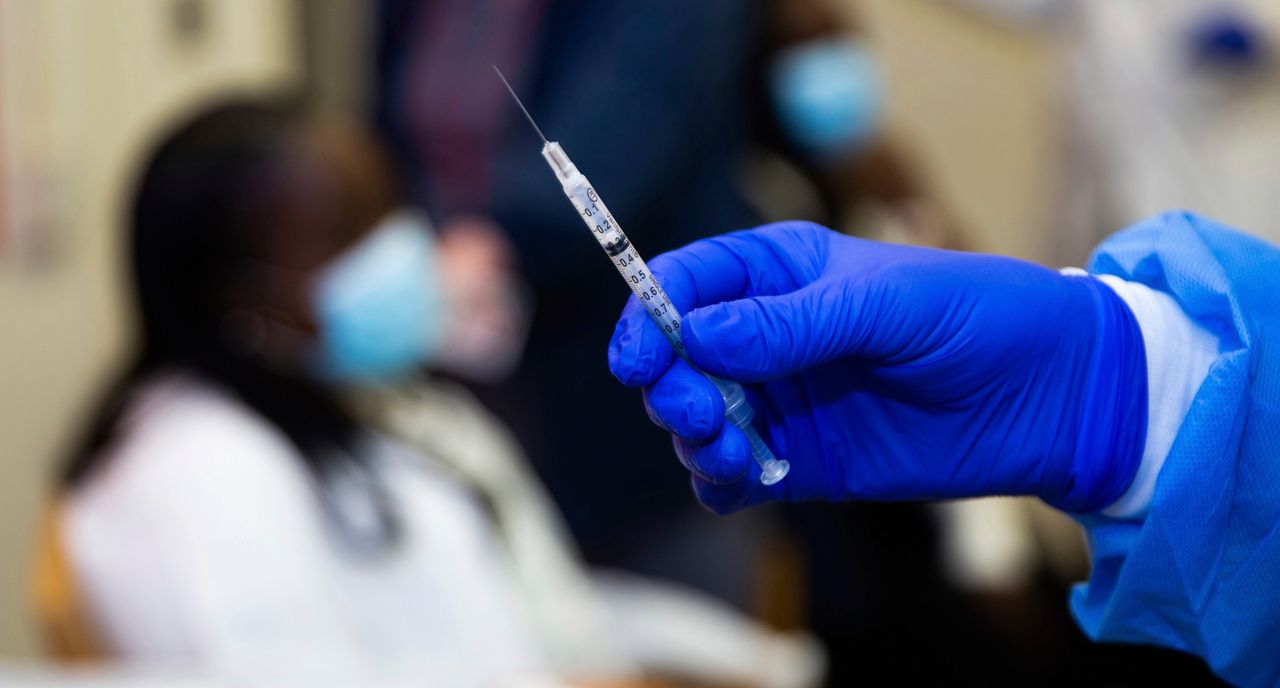 WASHINGTON, D.C. — As a polio survivor, the highest ranking Republican in Washington is clear-eyed about the significance of getting a COVID-19 vaccine.


"These shots need to get in everybody's arm as rapidly as possible or we are going to be back in a situation in the fall that we don't yearn for, that we went through last year," said Sen. Mitch McConnell, R-Ky., at a recent news conference on Capitol Hill.

McConnell consistently implores people to get the lifesaving shots, but is hesitant to dismiss the misinformation and outright hostility on vaccines coming from some members of his own party.

Wisconsin Sen. Ron Johnson, R-Wis., recently held an event spotlighting the rare side effects of the vaccine and Rep. Marjorie Taylor Greene, R-Ga., was temporarily booted from Twitter for suggesting vaccinations were akin to human experimentation.

"Right now, we have many reports of side effects from the vaccines," she said at a recent news conference.

According to the Centers for Disease Control and Prevention (CDC), there are some common side effects following a COVID-19 vaccine, "which are normal signs that your body is building protection" and should go away in a few days.

When McConnell was asked by Spectrum News 1 about Johnson and other Republicans earlier this month, he said, "I can only speak for myself," but later added, "Others can say whatever they choose to say...Ignore all of these other voices that are giving demonstrably bad advice."

Some conservatives now advocating for vaccinations have not always been out front. Minority Whip Steve Scalise, R-La., the No. 2 Republican in the House, got his first shot last week. The Republican Doctors Caucus gathered to encourage vaccinations, though they spent much of their news conference blaming China for the virus.

The Republican calls for vaccinations come as COVID-19 cases climb because of the Delta variant, and polls show Republican voters are more reluctant than Democrats to get vaccinated. Some Democratic officials have blamed Republicans for not doing more to combat vaccine hesitancy.

"I think the anti-vaxxers, you can hear them more, and they're louder now. And they're continuing to be loud. I think that those people that have taken the vaccine that are supportive, they should say, 'yes, I took it, I'm supporting the vaccine,' but...we have choices. We can't penalize people if they're saying it's a choice that they're making, not to take it," said Dee Dee Bass Wilbon, a Republican strategist and partner with Bass Public Affairs.

Wilbon suggests Republican leaders, like McConnell, are striking the right tone in encouraging Americans to get vaccinated but says the party rightly draws the line at mandates.