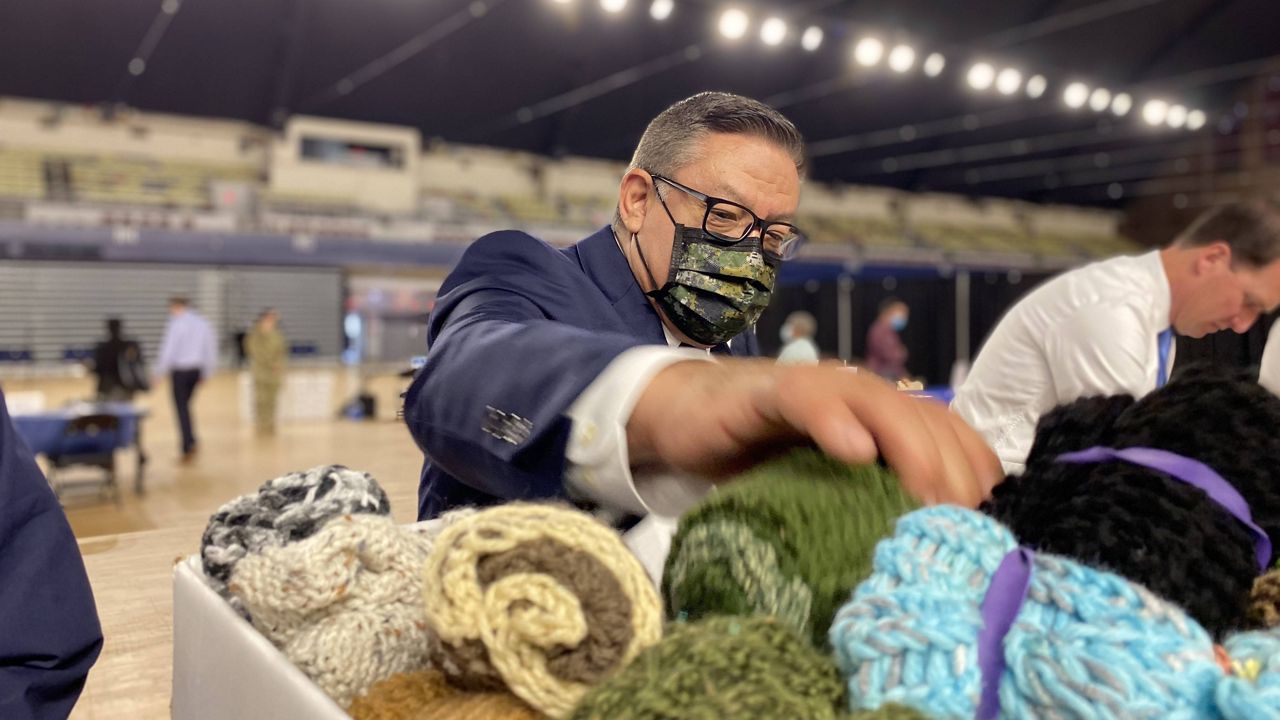 Lawmakers of the For Country Congressional Caucus gathered in Washington to build care packages for troops.

While there is much political division in the nation’s politics, a closer look at California Congressional leaders appears to show bipartisanship on certain issues.


During Military Appreciation Month, over a dozen lawmakers of the For Country Congressional Caucus gathered in Washington to build care packages for deployed troops. The boxes consisted of snacks, coffee, hygiene products, hand-made scarves and hand-written letters, among other items.

This month, lawmakers working with Operation Gratitude will help send about 5,000 boxes to soldiers stationed overseas.

“We were gone from six to nine months at a time and it really was those care packages that we’d get every couple of weeks that refueled our spirits, kept us motivated,” Garcia said.

He assembled boxes alongside other members from across the aisle including San Luis Obispo Democrat Salud Carbajal, who served in the Marines.

“Well, I think it goes back to what we as veterans have always learned early on in our service. Our national security and doing the best thing for our country is not a partisan issue, it’s a bipartisan effort,” Carbajal said.

They are also here advocating for legislation to build a Global War on Terrorism Memorial on the National Mall to honor the men and women who have taken part in that fight. The memorial would be paid for through private funds.

But bipartisanship is rare in Washington these days. Lawmakers are now battling over two bills responding to the January 6 attack on the Capitol. One would spend $1.9 billion to improve security around the Capitol, the other would create an independent commission to investigate the deadly riot.

"I think the scope is limited. I would like to know about the weaknesses in the attacks as a result of what we saw on April 2 with the killing of the officer outside of our gates. And I’m not sure we’re going to get to the core of the issues,” Garcia said. “And frankly, it feels more like an impeachment 3.0 process.”

Democrats said Republicans are playing political games by not wanting the truth of what happened on January 6 to come out.

However, that dispute takes a back seat to the creation of these care packages. When it comes to showing appreciation for the troops, Congress members can still set aside their differences.

Senate Majority Leader Charles Schumer said Tuesday that he had plans to bring up the bill on a January 6 independent commission later this week.

The chances are slimming for Democrats to get the ten Republican votes they need for the measure to clear the Senate.