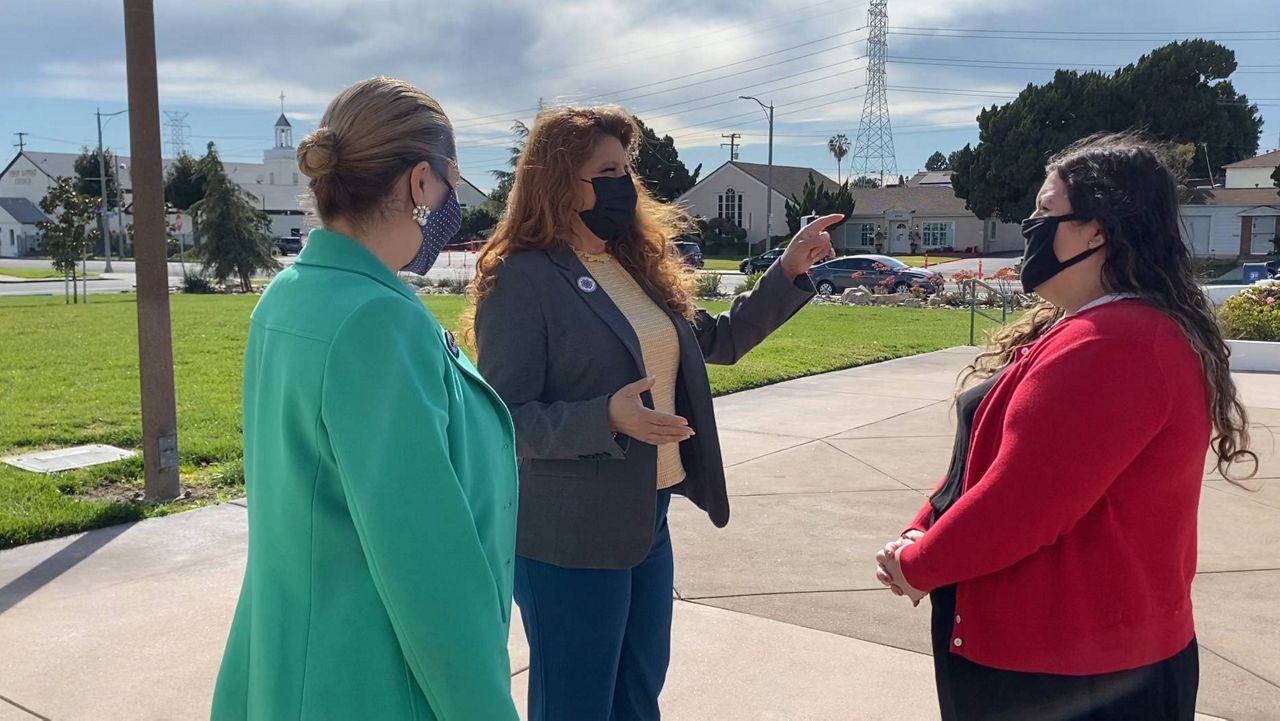 LOS ANGELES – There is strength in numbers, and city leaders in South East Los Angeles, who are tired of being overlooked, are joining forces to demand for more resources in a new coalition called SELA United.


South Gate City Councilmember Denise Diaz is proud to show the first major result of SELA United, a new coalition between leaders in Southeast Los Angeles. Together they were able to secure 2,000 vaccines from Governor Newsom and FEMA for their region.

"These are the cities that molded us, that [watched] us grow up, that raised us and now that we saw our parents have moved into our communities, we have a duty and a responsibility to be the voice of our residents," Diaz explained.

Councilwoman Diaz said it is a responsibility to be the voice that is too often silenced and unheard in these underserved communities. It is what motivated her to become a councilmember in the first place, but getting outside stakeholders who care about South Gate and its surrounding cities as much as she does has been a challenge.

"A lot of us tend to say we are the donut hole of L.A. County. Funding tends to go outside neighboring cities and not here," she explained.

Lynwood’s Mayor Marisela Santana said she’s watched these cities be overlooked in resources for decades, but she’s never seen a group of leaders come together to do something about it.

"You look at these boards, these regional boards that we have that serve our communities and it’s been very rare for one of us from this region to sit on these boards, to make sure we have a seat at the table," Mayor Santana explained.

Mayor Santana said less than 10% of residents in Southeast L.A. are vaccinated, so securing the mobile site was a big feat for SELA United, but there is still a lot of work to be done. Elizabeth Alcantar, who is the Vice Mayor of Cudahy, said air quality and the Metro are two other significant issues that need attention in this region.

"Our residents ride the Metro, they walk, they utilize that system, but they don’t yet have a seat at the table that really advocates for them to have better service, to have new improvements and to have projects coming to our area," Alcantar said.

She was 26 years old and just one week into her term as the youngest mayor of Cudahy when a Delta Airlines jet dumped fuel over a Cudahy elementary school during an emergency landing last January. Bell Gardens and South Gate were also hit, but still are not included in conversations about aviation.

"We are the ones that live under the flight path but we don’t have that yet. So how do we start for advocate for that? It’s through groups like this where we’re a regional voice," Alcantar said.

A regional voice that Councilwoman Diaz said will keep working to garner federal attention and funding for their community.

"A community that’s very resilient and hardworking but has constantly been disenfranchised and overlooked," she explained.

They are taking a stand on issues of the past, present, and future. SELA United said it is also working with a few surrounding city leaders that are not technically inside of Southeast Los Angeles, but have the same needs. They include Hawaiian Gardens, Montebello, and Paramount.