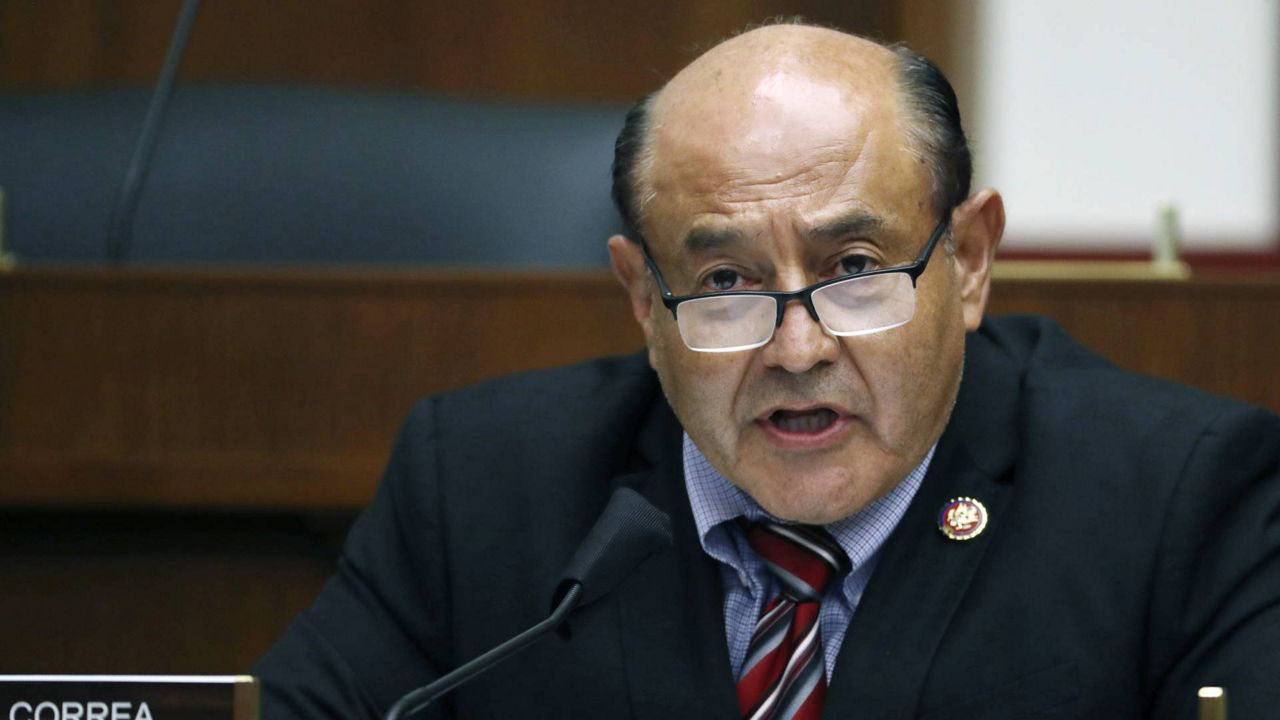 The move came shortly after DC Mayor Muriel Bowser urged him to do so. Now, security remains a vital conversation between local and federal leaders to ensure safety not only on Inauguration Day, but also the days leading up to it. The FBI has reportedly warned of credible plans for armed protests at the U.S. Capitol and state capitols across the country in the coming days.

For California representatives, they know the concerns all too well, as they recount how they were told to get down in their House gallery seats and when they were rushed to secure locations Wednesday after the Capitol breach. For one Congressman, Representative Lou Correa, D-Anaheim, his attack by pro-Trump mobs didn’t end that day at the Capitol.

A video surfaced from a Trump supporter, who also attended the rallies, showing a crowd of the other supporters accosting Correa at the DC airport the Thursday morning after the Capitol riots.

Correa noted that he hadn’t really slept in over 24 hours.

"My only thought was, 'I want to get on that airline seat,'" Correa said. "And 'I want to sleep for five hours, six hours, until I get home,' and all of a sudden, I get surrounded by Trump supporters who are also going home, and then I started getting taunted."

The crowd shouted at Correa, using vulgar language. The obscenities continued for several minutes, with several people video asking Correa if he was Chinese and accusing Correa of working for China.

“You work for China, yes you do,” one Trump supporter said.

At one point, the video showed one man calling Correa a “rat” for being a Democrat.

“I thought he was going to punch me, and I was ready to do what I had to do to protect myself,” Correa said. “I knew that whatever happened was going to happen quickly, and again, the same thoughts I had a few hours earlier came back to me again: 'I’m alone, and no security around me, and I’m surrounded by the same people.' And they showed so much anger."

This encounter happened hours after Correa had just gone through a harrowing experience in the House gallery. He said the moment security started to call out to legislators to get down, he knew there was something “seriously flawed” happening.

"They said, 'Get on the floor. We’re about to use tear gas to disperse the crowds that have invaded Congress,'" Correa said. "And you could hear a lot of my colleagues begin to have panic attacks. I looked around, and what I tried to do was help some of my older colleagues move to a safer place. And we soon realized there was no safer place because every door around you was being shaken and banged on by the demonstrators."


Correa remembered how guns were drawn with fingers on triggers as pro-Trump mobs shattered windows and tried to break down doors. He feared the worse.

“Nothing is out of the realm of possibility," he said. "Nothing would stop them. And that’s what we thought, that at any moment, we would be run over, and the halls of Congress would essentially be a place of violence."

Correa said he never wants what happened last week to happen again and demands accountability. He said Trump needs to be removed from office as soon as possible. While an impeachment vote is getting support from a handful of moderate Republicans, most Republicans — like House Minority Leader Kevin McCarthy — said impeachment will only “further divide” the country.

On Tuesday, Trump broke his silence and addressed Wednesday’s events as well as impeachment: “We want absolutely no violence,” he said. “And on the impeachment, it's really a continuation of the greatest witch hunt in the history of politics. It's ridiculous… I think it's causing tremendous danger to our country, and it's causing tremendous anger.”

Correa stressed that in order to avoid future attacks by pro-Trump crowds, Trump should urge his supporters to let go of their anger and accept the election results, although Correa added he doesn’t have the confidence the president will do that.