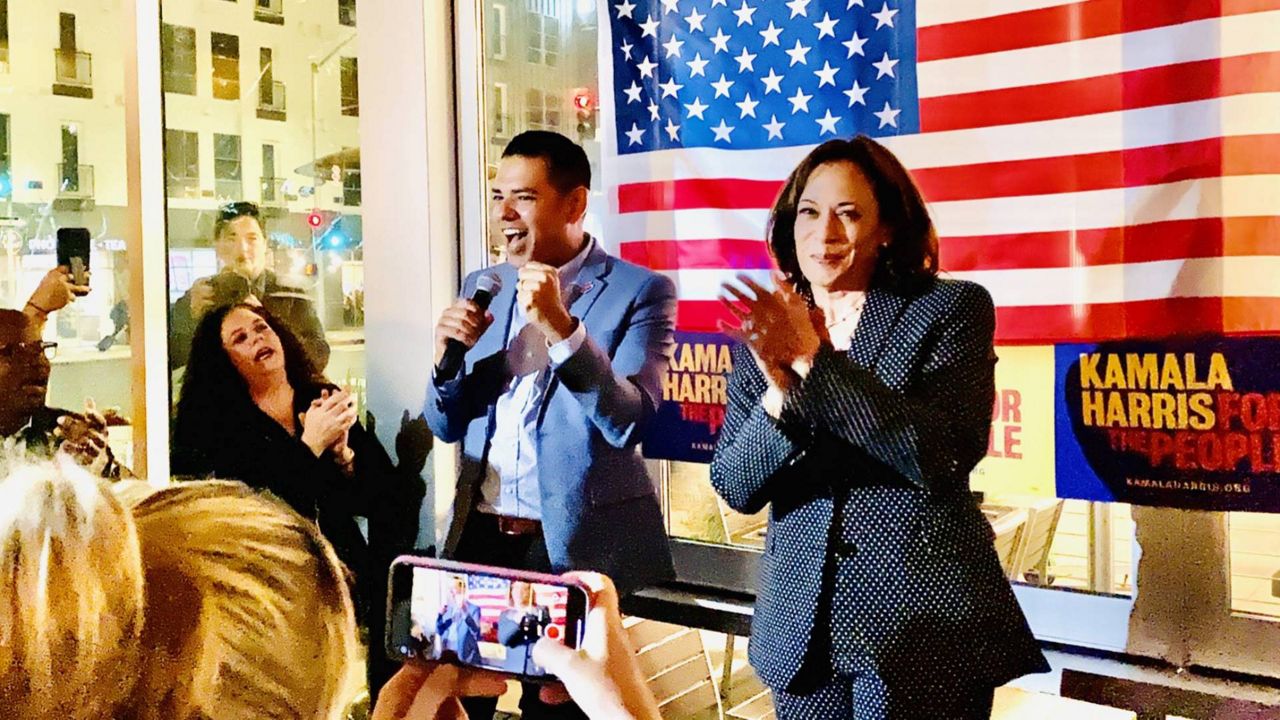 "The best thing about my job is being able to be mayor of my community, to be able to know that I went to college here, went to school here, grew up, and that my community trusts me to help lead us," said Garcia.


His outline visible on the city itself after only six years as mayor, Garcia was a major player in the construction of the new city hall building. He has also proposed and helped pass 10 ballot initiatives, while impacting everything from infrastructure to cannabis.

And he is just getting started.

“What defines me the most is immigrating here to the U.S. and I think, you know, learning from my mom the value of hard work, and what it means to struggle,” said Garcia, who has struggled as a Peruvian immigrant, as an openly gay politician, and, more recently, with the death of both his mother and stepfather due to the coronavirus.

“COVID-19 has to remain the top priority, and that continues today and will be in the year ahead,” he said.

In the year ahead, something else could happen, as Garcia is said to be on the list of politicians who could get picked to replace Vice President-elect Kamala Harris in the U.S. Senate.

As Dr. Raphael Sonenshein, Executive Director of Public Affairs at Cal State L.A., explained, it’ll be a tough decision for the governor due to the high number of qualified democrats.

“You have to think of a few things: One is, this seat will be up again in 2022. You absolutely have to have someone who will be sure to run a good campaign on their own and win,” said Sonenshein, who added that Newsom’s pick will also trigger a cascade of new appointments and moves.


“If one of them gets this job, their job will be open, and the set of musical chairs in elective office among Democrats is going to be… get your popcorn and just watch," he said.

As for Garcia, he’s staying mum about his potential future.

“I’m gonna support whoever Gov. Newsom picks," he said. "He’s got amazing people to pick from. I know all of them, so he’ll pick a great person."

Whether in Long Beach, Sacramento or D.C., it's safe to say that Garcia’s political life is just taking off.