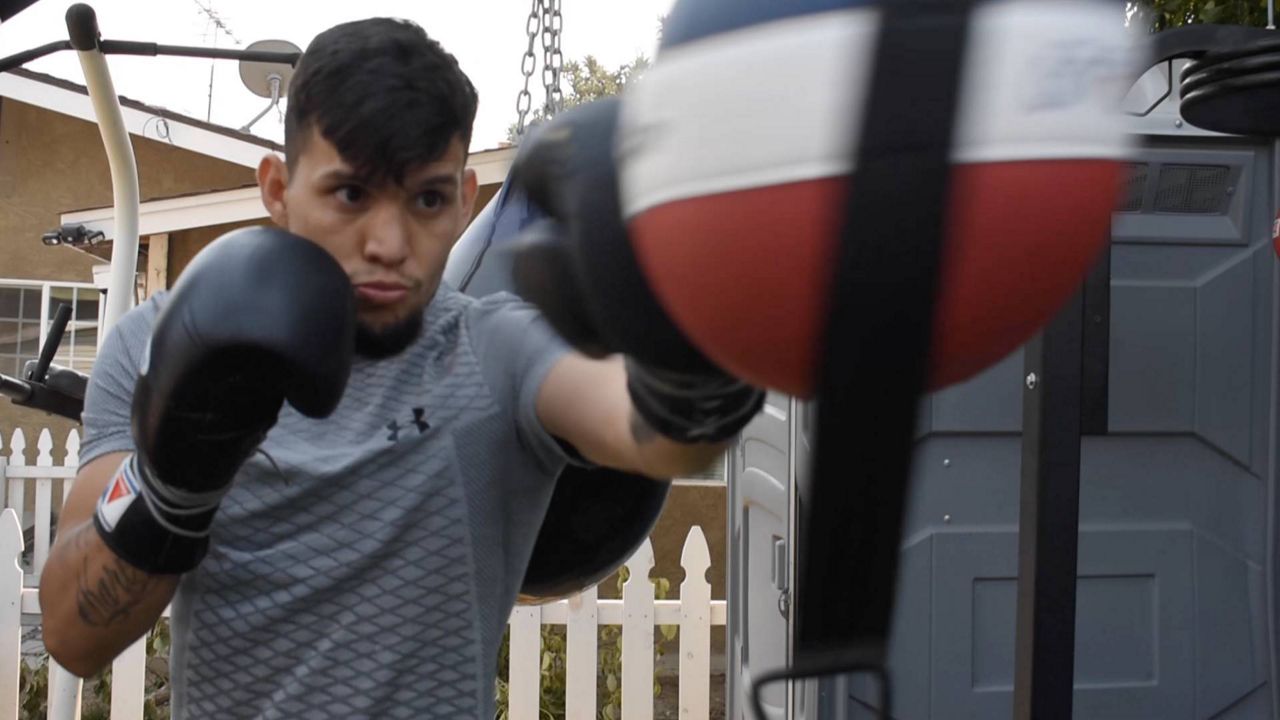 Local undefeated light featherweight boxer Carlos Castro is a DACA dreamer hoping that whoever becomes president will protect individuals like himself who depend on the program for security in the U.S.

SANTA ANA, Calif. — Carlos Castro has his eye on the prize. That includes not just a championship belt, but a hopeful pathway to citizenship.

The local undefeated light featherweight boxer is a “dreamer” — living under the Deferred Action for Childhood Arrivals program. He hopes that whoever becomes president will protect individuals like himself who depend on the program for security in the U.S.


“I was brought to the U.S. at the age of 2, having no knowledge that it was illegal," he said. "We left Sonora, Mexico because of the dangers in the area, including gang violence and drug cartels. My parents brought me, as any other parents that are undocumented and have little kids, for a better future and for a better life."

That life that he’s living here in the U.S. consists of two passions: family and boxing.

As he trains for upcoming fights, Castro says he relies on the sport to provide financially for his family, but with only a two-year window under his DACA permit, he is constantly living in fear of the possibility of being deported.

“I have a family behind me," he said. "I have two young kids and a wife who depend on me. They depend on me to bring money, food on the table, and a roof over their heads, so it means a lot, you know. I’m passionate about it and I have to give it my all."


So far, his hard work is paying off. Castro is currently ranked number 1 by the WBC, with 26 victories and 11 knock outs. But his anticipation as a future champion is inevitably shaped by the elections and the approach the administration will take with the Dream Act.

“I’m looking forward to these elections because it could mean everything, you know," he said. "They tried taking away what us dreamers have, which is safety right now.”

And safety is what he is also hoping to provide for him and his family.