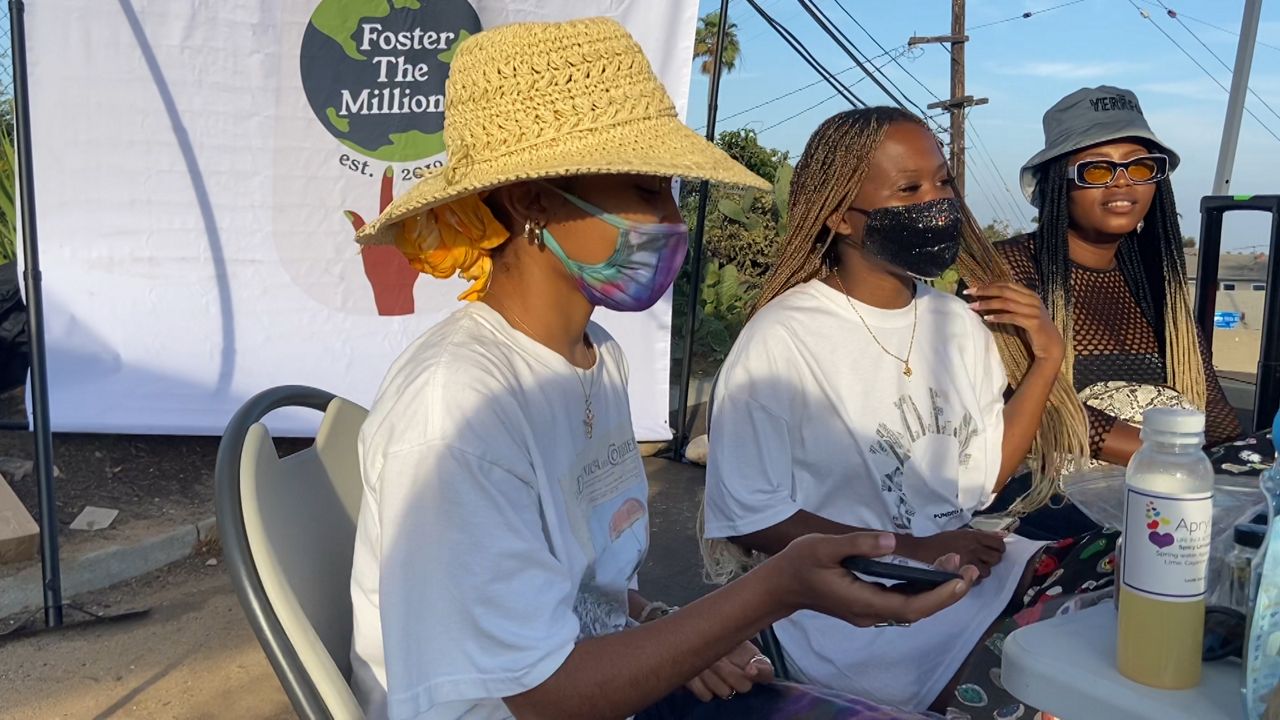 “The Democrats, unfortunately, only come to inner-cities and urban environments when they want the elections,” said Foster.

Foster is voting for President Trump, and only turned Republican about a year and a half ago. He’s the campaign manager for District 43 congressional candidate Joe Collins. For him, it’s the lack of community change that made him switch from blue to red.

“I began to study more, the history of the plight of the things that have caused the demise of the inner-cities,” he said.

“The demise overwhelmingly, in New York City, in Detroit, in Chicago, and most of the affluent major cities, has been that they have been Democratic ran for too long.”

On the other side of the district, Jaime Malone is volunteering at a get out the vote rally sponsored by Foster The Millions. She’s voting for Biden and is not buying it when the president speaks of what he’s done for the Black community.

“I don’t believe it,” Malone said. “I just think he wants the Black vote.”

She is not necessarily working hard for Biden as a staunch supporter either. But for her, anyone would be better for the Black community than Trump.

“For one he said very disturbing and uncomfortable thing throughout his term – that alone,” Malone said.

Even though, Malone and Foster are on opposite sides of the election, they are both looking for change.  One wants it in the highest office. The other wants real political service in the inner-city community.