CALIFORNIA — Between a worsening pandemic, a faltering economy, ongoing social unrest, and an upcoming presidential election, Californians have a lot on their minds. In the lead up to what is expected to be one of the most consequential Election Days in modern U.S. history, a new Spectrum News/Ipsos poll has captured public opinion on everything from the COVID pandemic to voting preferences.

Following are results from the poll conducted earlier this month with 1,400 state residents, 824 of whom live in Los Angeles and the surrounding areas. The poll has a credibility interval, a measure of precision used for online polls, of +/- 3.0% for all respondents.

Half of all Californians, including 50% of L.A.-area residents who were surveyed, cited coronavirus as the top problem they are facing today. Most people do not see the situation getting better anytime soon. Two thirds of Angelenos expect it will take six months to longer than a year before life in their city or community will get back to normal; 8% think things will never return to the way things were.

“In California, one out of every two people have been touched by Coronavirus in some way,” said Chris Jackson, senior vice president for Ipsos. “That’s a pretty substantial number and one that feeds into Californians generally being more concerned about the Coronavirus pandemic.” 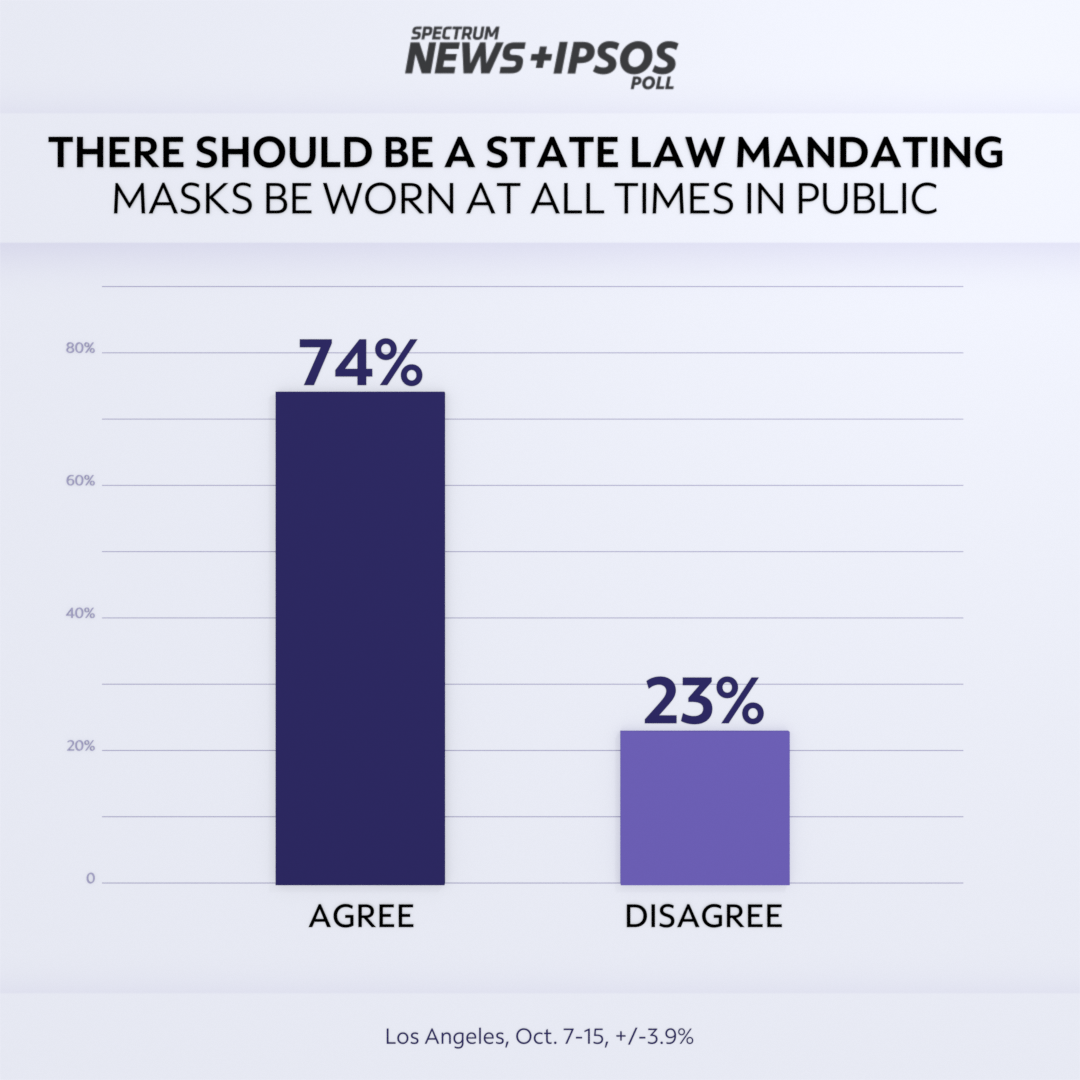 Seventy percent of Californians, including 74% of L.A.-area residents, agreed that there should be a state law mandating that masks be worn at all times in public. State residents’ favorability toward a mask mandate included a majority of Democrats (83%), as well as Republicans (56%).

Forty-four percent of Californians, including 43% of L.A.-area residents, said they will take the first generation COVID-19 vaccine when it is approved by the U.S. Food and Drug Administration.

While 78% of Californians who are parents to a child under 18, including 77% of L.A.-area residents, thought their child had the necessary tools to learn in the current environment, more than half of the survey respondents agreed that their child is falling behind in school because of COVID-19.

“Across the country, people are very intent on taking part in this election,” Jackson said. What makes California different this year is the higher level of people who are using mail or absentee voting relative to a lot of other states, he said. “A lot of people are voting as soon as they’re able to.”

Ten percent of California survey respondents, and 8% of L.A.-area residents, had already voted at the time the survey was taken, between October 7-15.

Nine percent of Californians, including 9% of L.A.-area residents, said they did not plan to vote.

Fifty-one percent of Californians, including 49% of L.A.-area residents, said voting by mail or absentee ballot was their preferred voting method, regardless of whether or not they intended to vote or had already voted. 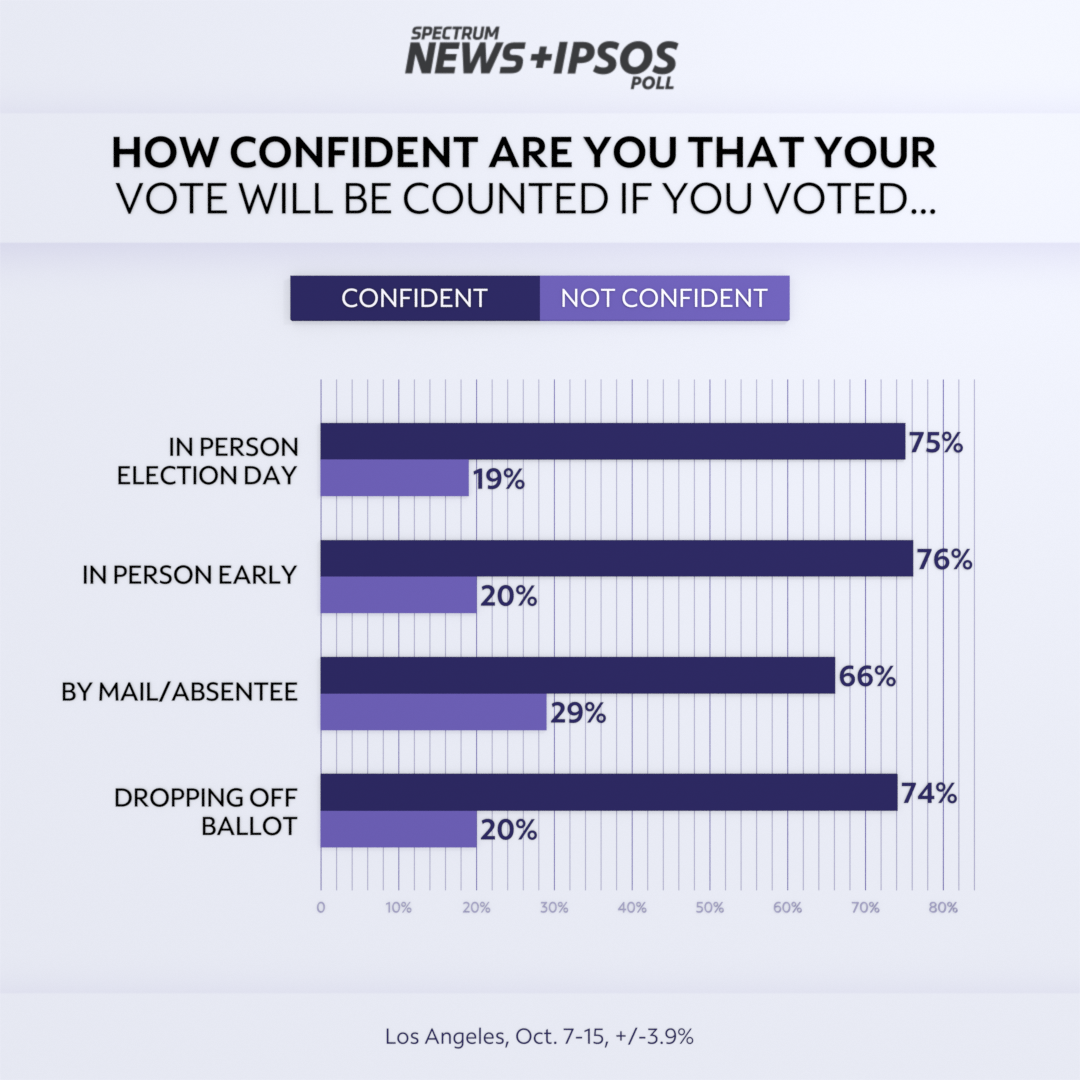 “We’re seeing a little bit of that contrast between convenience and the fear of COVID,” Jackson said. “We see a similar pattern across the country where people are more confident in voting in person and less confident in the mail or absentee votes. That’s really a testament to the amount of noise that’s been thrown out in the last couple months about the election process including all the unsubstantiated claims about voter fraud with mail voting.”

Republicans, he added, are less confident in voting by mail than Democrats. In California, 53% of Republicans, and 75% of Democrats, are confident their ballot will be counted if they vote by mail.

In the L.A. area, President Trump's favorability was on par with California as a whole.

“There are a number of things people are negative about toward Trump,” Jackson said, noting that Trump was perceived least favorably for mask-wearing, his debate performance, his management of the COVID pandemic, and his tax returns. “California is just a little bit higher than average, but chances are that people either felt favorably or unfavorably toward him to start with.” 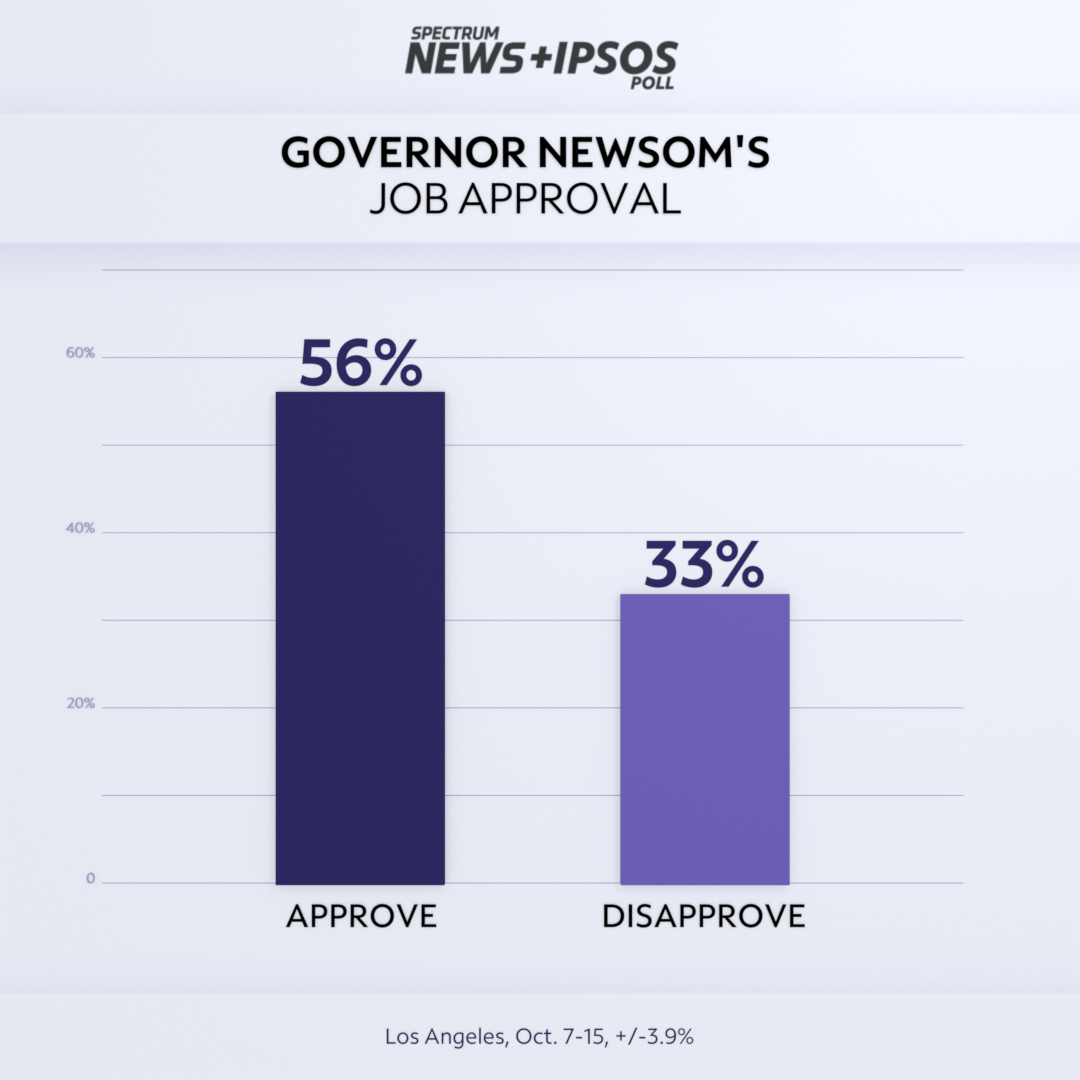 Gov. Gavin Newsom earned high marks from Californians for how he is handling his job as governor; 56% of Californians, and 56% of L.A.-area residents, approve of the job he’s doing. In San Francisco, where Newsom had served as mayor, his approval rating was 68%. 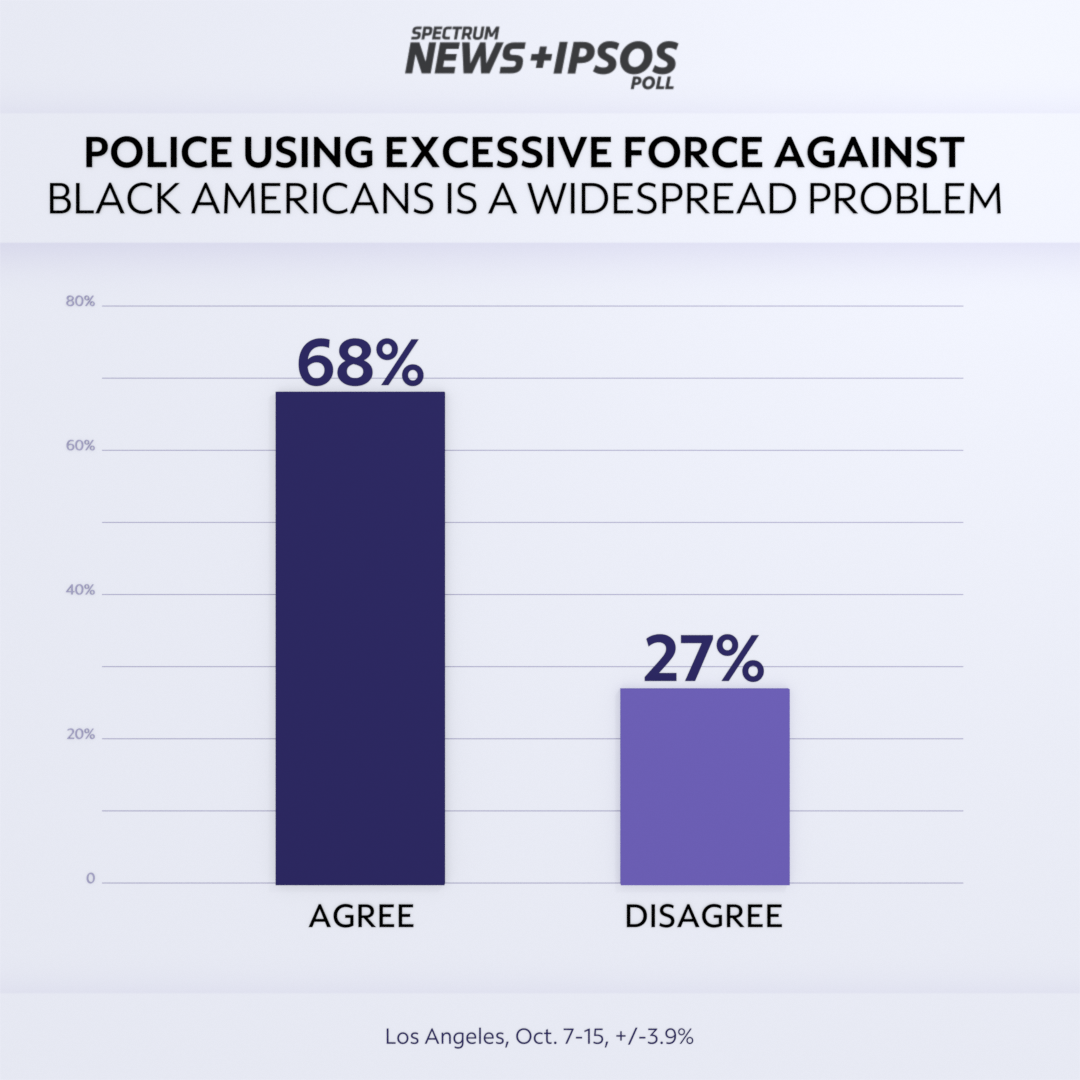 “California is higher on a lot of these social justice issues than many other states,” Jackson said, citing polling statistics that more than half of Californians disagree that Black Americans get equal treatment to white Americans and that two-thirds agree racism is a significant problem in California. “It’s not terribly far from all the other states, but it’s definitely a little bit on the leading edge.”