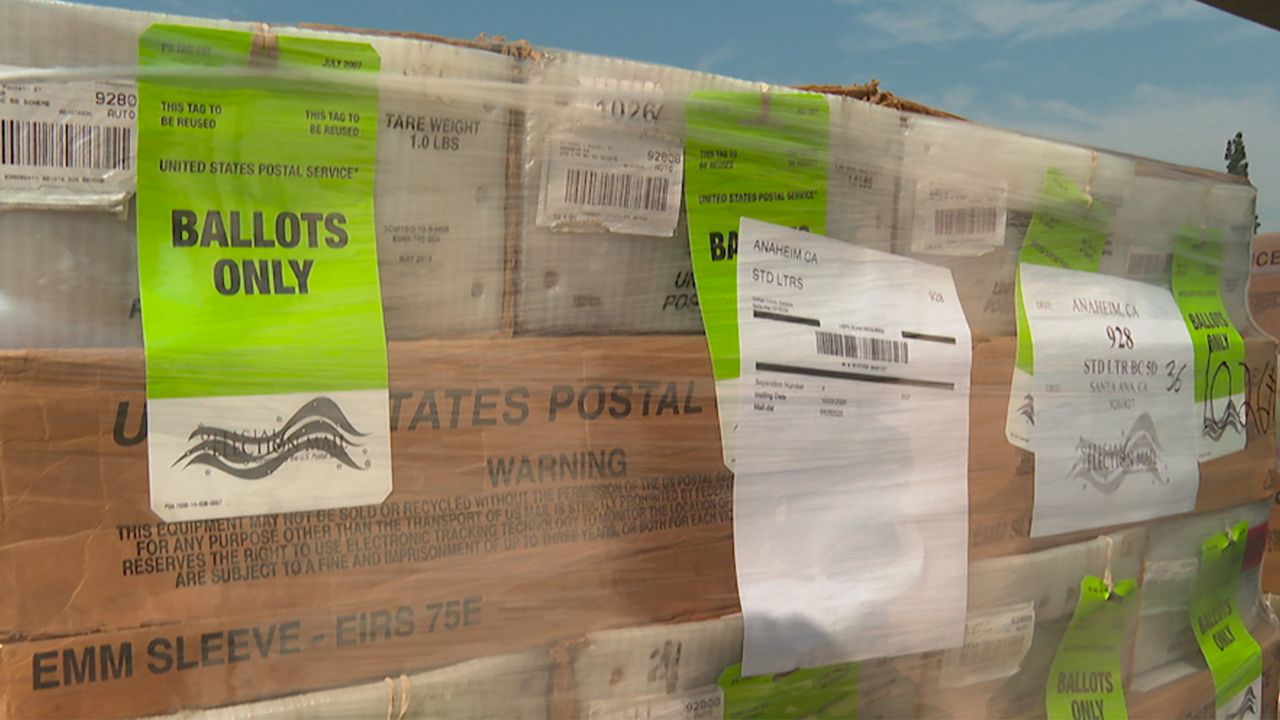 COSTA MESA, Calif. – It feels like a lot of anticipation but ballots are finally here for registered Orange County voters.

On Monday, the Orange County Registrar of Voters workers loaded 1.7 million vote-by-mail ballots to be delivered to the U.S. Post Office for distribution.

Costa Mesa resident Casey Foster has been waiting on her ballot. She’s always done mail-in voting. This year with active registered voters being encouraged to mail their ballots in, she says she trusts the process and thinks more people will see that it’s convenient and efficient.

“I’ve always received my ballot within enough time to be able to vote early and make sure that my vote counts. I’ve never had any issue with returning my ballot through the mail. You’re able to track where your ballot is at all times,” said Foster.

Secretary of State Alex Padilla was joined by county officials at a press conference at the Orange County Registrar of Voters in Santa Ana recently.

Voters can still cast their ballots in-person or drop them into secure drop-box locations, but voters are being encouraged to mail them in during the pandemic. Padilla said that voters can trust the process because of measures like ballot tracking.

“There’s so much that goes into safeguarding our elections and especially vote-by-mail that yes, California voters can rest assured the safeguards are in place,” Padilla said.

“Wow, I expected to have my ballot today. I got something in the mail that mentioned it was any day now,” Oliver said.

He says that he isn’t worried about the integrity of his ballot.

“Well, we can send satellites up into the universe, so I’m assuming that they can get this done fairly easily, so I’m not really concerned at all,” Oliver said.

But he does feel that voting in-person is easier.

“I’d rather do it the old-fashioned way, go to the place I always go to,” Oliver said.

With less than a month until the election, voters can keep checking their mailboxes.

And while Foster is still undecided on who she will vote for in this critical election and unprecedented year, she knows one thing for sure.

“The most important thing to me is ensuring that my vote counts,” Foster said.