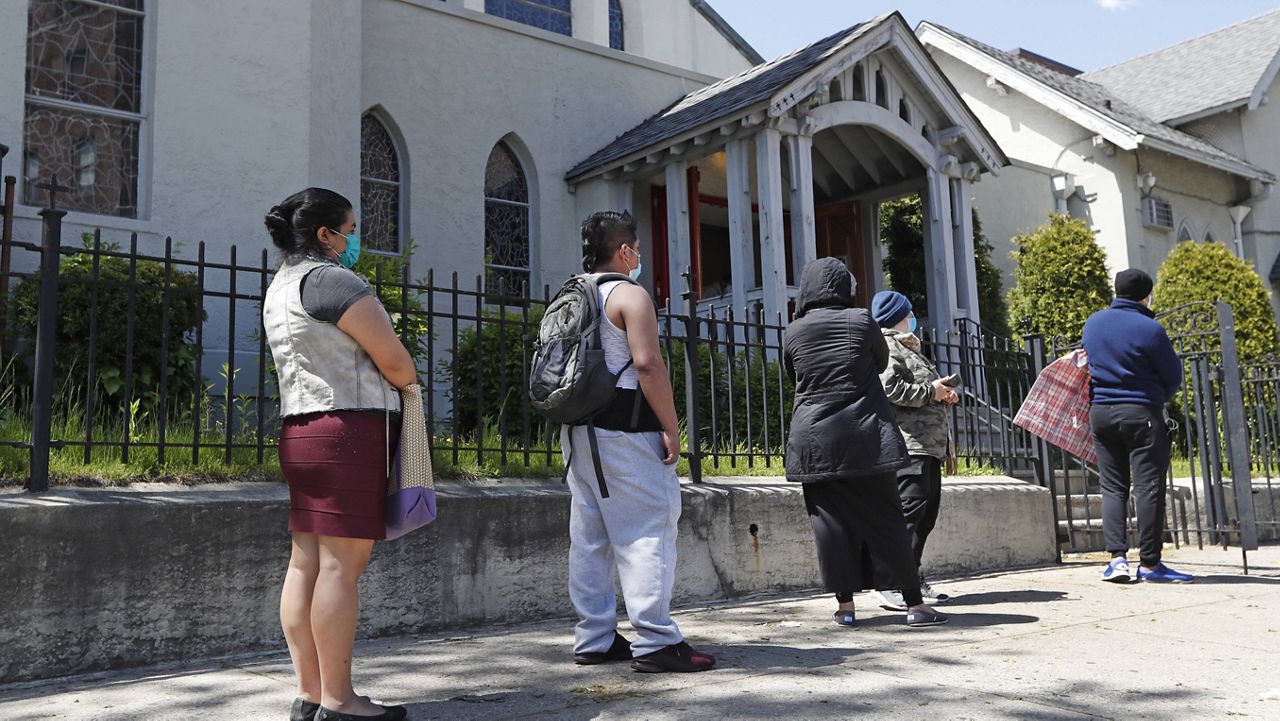 OAKLAND, Calif. – Congress has until August 7 to negotiate and pass another Coronavirus relief bill before August recess. Southern California Democrats said they made a mistake in the CARES Act they passed in March, which left out aid to the immigrant population – many who serve as essential workers amid the pandemic.


One immigrant who lives in Oakland, California, Gissela Moya, said she’s trying to help her family and their children as much as possible during this time. Moya is an ITIN holder, an immigrant who doesn’t have a Social Security number but pays taxes. Because of Moya’s situation, the federal government has yet to provide her any COVID-related financial aid.

“It’s a big stress because we have family friends who have passed away due to COVID who have come into exposure with my family,” Moya said. “And those things create a lot of anxiety and a lot of chaos for us because we have to move fast to ensure they get the proper testing.”

Moya has three sisters; one is also an ITIN holder, one is a DACA recipient, and one is undocumented, waiting for her court date. Most of their children are U.S. citizens, but Moya said times are hard as the previous relief bill left out all immigrants, as well as their spouses and children by association. Her sisters are essential workers, but since the outbreak, they’ve struggled to find child care and food, and pay the bills.

“I have six nephews. That means six nephews being at home. That meant a lot more food to be bought and a lot more electricity. My sisters, they have been going to food banks to make sure that they replenish the refrigerator because its a lot of mouths to feed, and that is just one part," said Moya. "But it’s just keeping afloat with the rent because even though we’ve heard there’s a moratoriums to make sure you don’t get evicted, you want to make sure you have everything in order because you don’t trust that those things will include you as well."

Moya said there’s too much uncertainty and she hopes this next time around, lawmakers will be more inclusive. House Democrats are proposing to give stimulus checks, COVID-related health care, and benefits to all taxpayers, regardless of their status. Even while some moderate Republicans support the plan, GOP senators did not include any immigrant aid provisions in their HEALS relief bill.

“We believe as an organization that anti-poverty and economic support in this moment when the entire country, frankly the entire world, is suffering both with the public health crisis and the economic crisis, that we can do this," Hincapié said. "We are a rich nation in so many different ways, and we’re talking about immigrant taxpayers, they should also be benefiting from the same programs that they are paying to subsidize and are investing in through their hard work.”

Hincapié said including ITIN holders and their families into the next relief package could bring financial relief to over 15 million people.

“We believe that over the next days, by continuing to amplify the stories of these immigrants and the role that they play in the society, that hopefully both Senate Republicans and Democratic leaders will be able to get this included in the final bill," Hincapié said.

As Moya waits to see what Congress will decide, she’s commending California for rolling out a program in May to give $500 cash payments to immigrants who can’t gain any federal relief, but said even the state government needs to do more.

“In terms of leadership, I think it’s good so more states will follow, because I think they most likely have undocumented citizens who need it right now," Moya said. "At the same time, there should be a push for more, because $500 is simply not enough. It’s just not going to cut it when you have so many bills in a state as expensive as California. Hear us. hear us. We are asking for help.”

Moya said she just wants what she believes her family — and community — deserves.