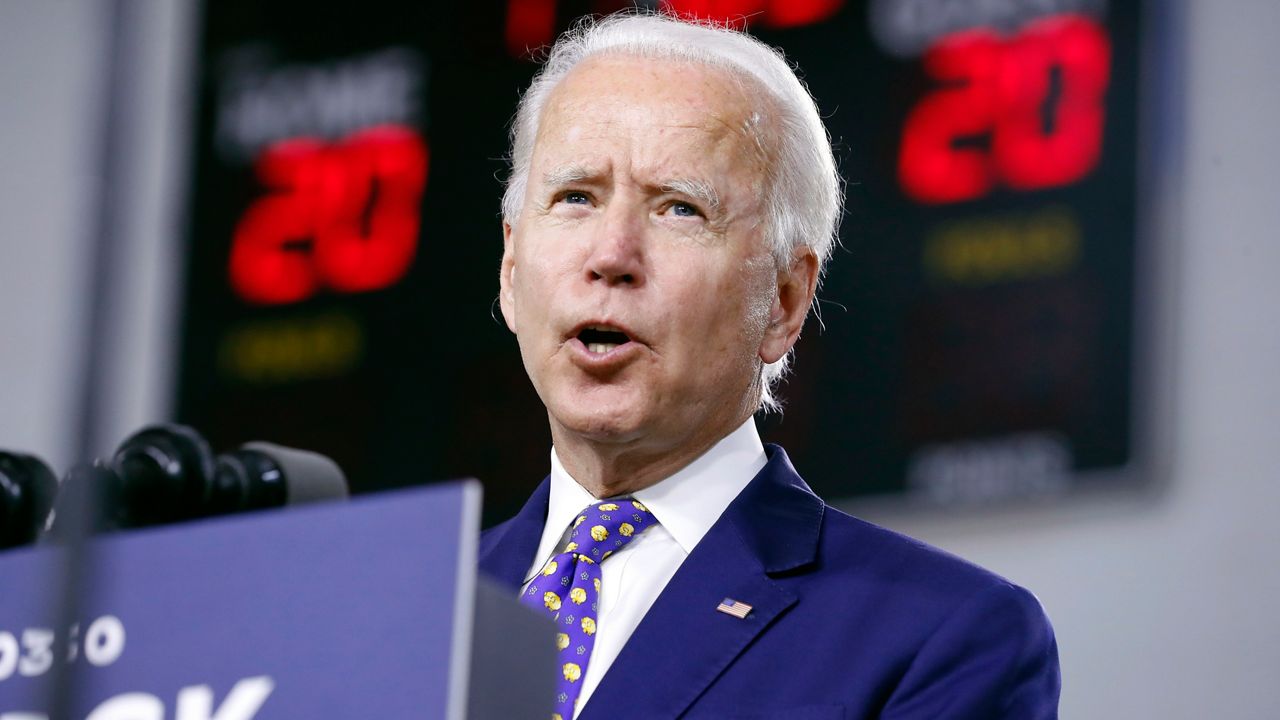 WASHINGTON - Joe Biden is about to make an important choice in an election where the second-in-line may be the first thing on the minds of voters.

In the coming days the presumptive Democratic candidate for the White House said he will announce his running mate to the nation.

“I commit that I will in fact pick a woman to be vice president,” said Biden during the last Democratic primary debate against Bernie Sanders.

Historically, the number two slot has had a wide range of important duties when serving at the pleasure of the president, something Biden of all people would know. However, given Biden’s age of 77, and the possibility he may be a one term president, the V.P. pick will be especially scrutinized — and likely villainized by the Trump campaign.

Among the women being vetted, Sen. Kamala Harris (D-CA) is an obvious choice.

The speculation about her as a top pick was recently fueled by a recent photo of Biden’s notes in which Harris was prominently defended.

Harris has served California in the U.S. Senate since 2017, and prior to that was the California attorney general.

She would be a controversial choice, giving the Trump campaign another high-profile target to attack, and some in the Biden campaign have hard feelings over an early debate in which Harris went after Biden for an early stance on school busing.

Rep. Karen Bass, also of California, is the chairwoman of the Congressional Black Caucus, has roots in community activism, and is a prominent voice on issues of systemic and racial injustice. Respected by both Republicans and Democrats, Bass represents a safe and loyal choice to be Biden’s number two.

Rice has comprehensive foreign relations credentials, something Biden values at a time when the world is a fractured place, and when, critics say, the U.S. needs to reassert itself against the growing threats of Russia and China.

However Rice would also reopen old Republican attacks on how she and Hillary Clinton handled the Benghazi incident.

Demings used to be Orlando’s police chief and would bring robust law enforcement experience at a time when the Black Lives Matter movement, police reform, and racial inequality are at the forefront of the national conversation.

Illinois Sen. Tammy Duckworth is a newer mom and former Iraq vet who could bring national security and military experience to the Democratic ticket.

The Purple Heart recipient lost both of her legs during her tour in Iraq. She would shine a spotlight on veterans and those living with disabilities.

Sen. Elizabeth Warren is a household name and is said to have a strong relationship with Biden.

She’s a progressive leader, popular with younger voters, and has chops taking on the big banks playing a major role in the formation of the Consumer Financial Protection Bureau.

Warren is a riskier pick as her progressive views may clash with Biden’s more moderate stance. She’d also be an easy target for Republican attacks.

Atlanta Mayor Keisha Lance Bottoms made a name for herself recently, taking swift action on policing while emerging as a measured and sympathetic voice on the left.

She also remained a loyal Biden surrogate when the campaign’s chips were down early on in the campaign season.

Biden said he will announce his choice the week of August 3.