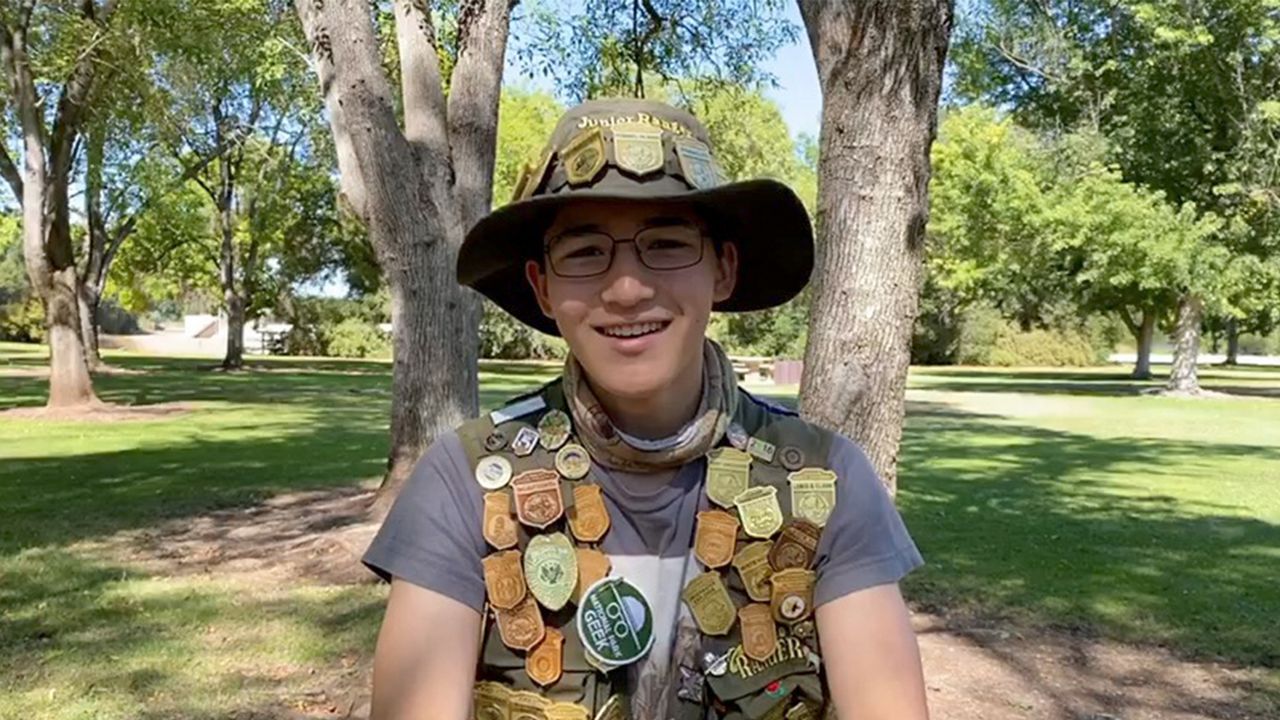 OJAI, Calif. — California is home to more National Parks than any other state, but studies show many of them need some serious repairs. Congress passed the Great American Outdoors Act last week and now waits for President Trump to sign it. The administration suggests the president supports the bill, but officials did not respond for comment when asked when the president may sign the bill.

Some public land advocates have been fighting for decades for a bill like the Great American Outdoors Act. One 15-year-old from Ojai, California, Tigran Nahabedian already has a life goal to preserve and protect the outdoors.

Tigran’s passion sparked when he was just 5 years old. Since then, he’s visited hundreds of parks and recreation centers and served as the first Bison Buddy Student Ambassador with the National Park Trust. Tigran said he has seen first hand how some parks are deteriorating.

“We can see some of the damage that just happened due to weathering and erosion but it’s important that we repair these tables, structures, anything that needs repairing in our National Parks and public lands,” Tigran said.

Many California National Parks and Forests are also suffering from issues like failing water and transportation systems, crumbling trails, and air pollution. Yosemite alone has a backlog of $582 million in needed repairs, according to the National Parks Conservation Association.

Marcia Argust has spent 30 years on public land issues and for the last five, has been urging Congress to pass substantial funding for National Parks. She said her work at The Pew Charitable Trusts, combined with countless voices across the nation, like Tigran’s, has finally turned positive results.

The Great American Outdoors Act has two components: A National Parks and Public Lands Legacy Restoration Fund that would establish up to $1.9 billion a year for five years to address deferred maintenance and backlogs, paid for by offshore and onshore energy revenues. And the Land and Water Conservation Fund to provide $900 million a year in permanent funding, paid for by offshore oil and gas developments, rather than taxpayer dollars.

“This will be the biggest investment to restore our parks and our public lands since World War II, so this is a big deal,” Argust said. “This is a bipartisan effort and this will really make a difference not just for our parks but also for local economies that depend on local park tours.”

Argust said this bill could create 110,000 additional jobs repairing infrastructure. Tigran said the timing of this bill is important, as millions of people may feel trapped or isolated indoors amid the pandemic. He said while people can’t travel, they can go to a park safely to relieve stress.

“We are in obviously a very difficult time,” Tigran said. “And I’d say our National Parks act as a spot of refuge from it for many people and that’s why it’s super important now as ever to work on the issues that have been plaguing the National Park Service. For people all around the country, National Parks are a place of peace and a way to get away from it all.”

Tigran said while he’s grateful for this bill he knows he’ll have to continue the fight to protect the outdoors for the rest of his life.

Tigran now mentors and teaches new student ambassadors and young kids the importance of parks and the outdoors. As for his own future, Tigran wants to, one day, be the Director of the National Park Service.