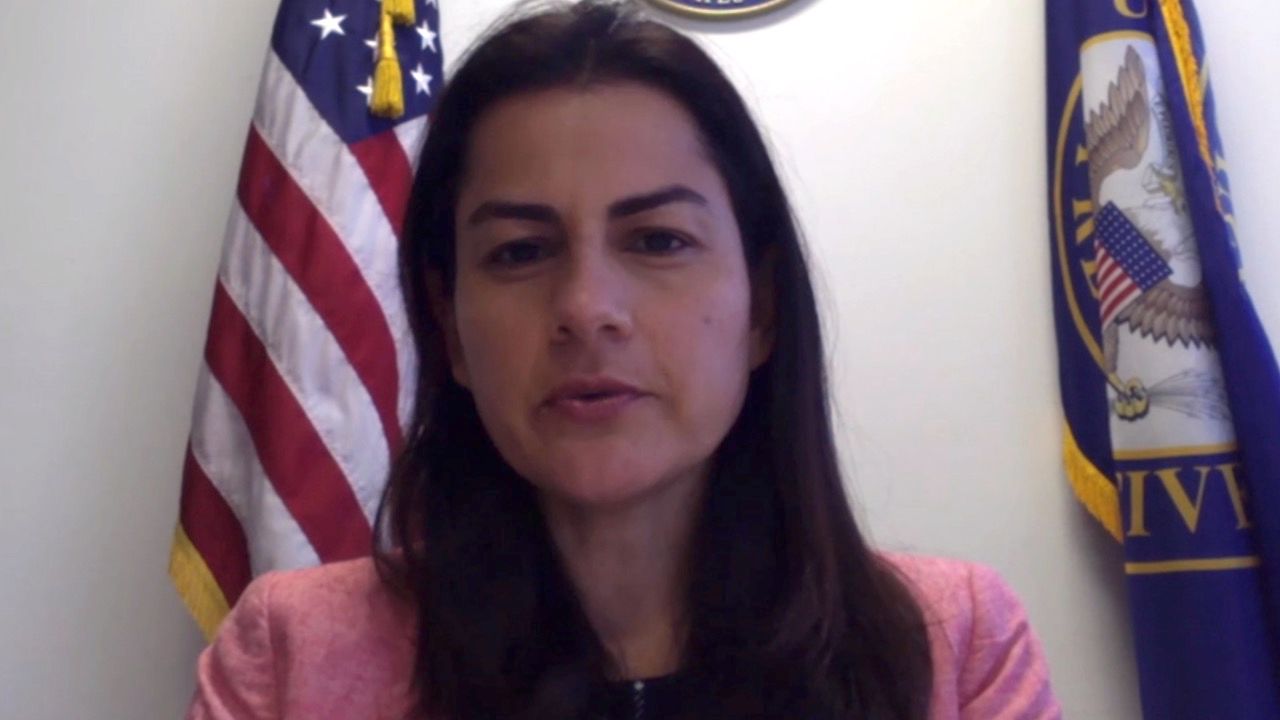 SAN PEDRO, Calif. –  The number of inmates getting sick and dying from COVID-19 at San Pedro’s Terminal Island federal prison is climbing. Federal prison officials 600 of the 1051 inmates are sick, 10 staffers are sick, and now five inmates are dead.

Terminal Island said about 10% of the sick inmates show “outward objective symptoms, such as coughing and fever”.

U.S. Congresswoman Nanette Barragan said she had been pushing to talk to Warden Felicia Ponce since April 24, and finally Thursday got in contact. Barragan said she didn’t want to jump to conclusions initially, but now that she has spoken to the warden of the Terminal Island Federal Prison herself, she’s disappointed.

San Pedro’s prison has the worst COVID-19 outbreak in all federal penitentiaries.

Barragan said she raised questions about what protocols are in place to keep the remaining inmates safe. Barragan said Ponce told her she’s separating coronavirus positive patients from the rest of the inmate population.

After a request on 4/24, San Pedro's @RepBarragan finally got a call w the Terminal Island Federal Prison's warden. She talks to me shortly after to say, she's disappointed.

More than half the inmates are struck w COVID: worst outbreak in all fed penitentiaries. @SpecNews1SoCal pic.twitter.com/fOSHX5e4of

“Yet they’re in close proximity to each other because it’s too hard in the prison to social distance, I think it’s a real concern and a real problem,” Barragan said.

Barragan said Ponce is considering home confinement for some “vulnerable inmates,” which is a federal program endorsed by Attorney General William Barr. But Barragan was disappointed when Ponce said the prison is only considering the option for 46 inmates while only a handful of approvals have been granted.

Barragan said she doesn’t understand why all inmates aren’t being considered for home confinement review.

“It is a low security prison and so they’re a prime example of who should be considered for home confinement,” Barragan said. “Yet five people have been granted to do home confinement; that’s a huge concern as well.”

Barragan said she has a request in to tour the prison herself. She said she has also reached out to the top infectious disease expert, Dr. Anthony Fauci, to inform him and to see if he can offer support.

More From Our DC Bureau

The Terminal Island federal prison said in a statement many of their inmates “require specialized or long-term medical or mental health care in a correctional environment,” which is why they tested 100% of their inmate population. They said it was a proactive way to get the virus under control, and said “testing 100% of the inmate population will significantly increase the number of COVID-19 positive cases reflected on the Bureau of Prisons’ public website. '

Spectrum News 1 reached out to the prison for a response to Barragan’s concerns, but has yet to hear back.