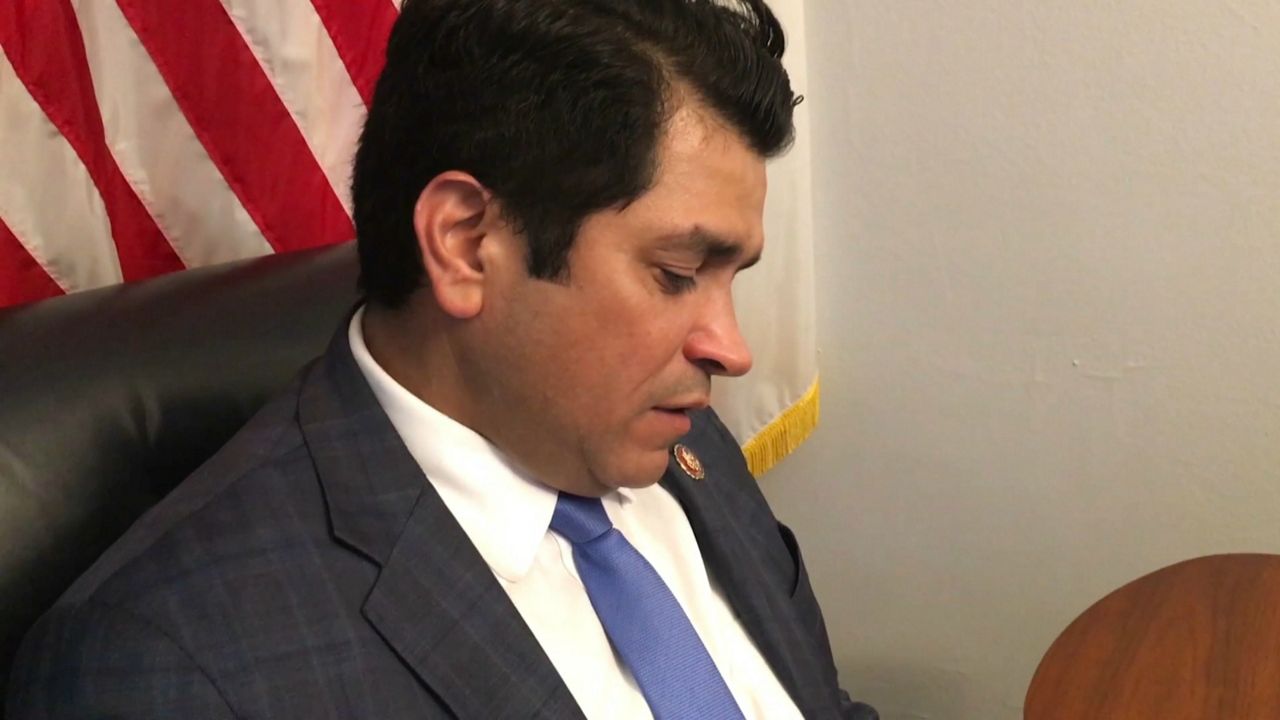 LOS ANGELES — As the coronavirus pandemic persists, new numbers show another 6.6 million Americans filed for unemployment benefits last week. That’s one in every 10 workers in the U.S. labor force.

But one Los Angeles congressman, Representative Jimmy Gomez, said many concerns are flooding into his office—not just unemployment. He said hearing about these worries can help him craft his proposals for the next economic stimulus package.

“My district has always been a tale of two districts,” Gomez said. “You have individuals who are on the higher end of the economic ladder, the people in the middle and the people who are struggling to get by. That is just exacerbated during this pandemic.”

Gomez said people are seeing the same issues that were around before COVID-19, but now the problems are larger and more complex.

Gomez said he’s proud of the first three bipartisan coronavirus bills which will soon send $1,200 in direct payments to many Americans, offer loans and grants to small businesses, and boost unemployment benefits.

But Gomez said people are still dying and that it is “heartbreaking.” He said it may be in part because a large group of people was left out of the first response bills meant to help individuals and curb the coronavirus death rate.

Once fully implemented, the #CARESact will provide financial lifelines to people who lost their jobs because of #COVID19.

Watch my video to get a better picture of how the unemployment insurance element works & how you can take advantage of all this package has to offer. ⬇️ pic.twitter.com/MZjvRGIR5S

“We need to be prepared for the next package. That means we need to figure out what worked, what didn’t work, who’s being left behind? I know for example undocumented immigrants and people who file their taxes but don't have social security numbers, they’ve been left out of the equation,” Gomez said. “There are 950,000 people in Los Angeles who are undocumented.”

Gomez said he hopes to get help for undocumented immigrants in the next bill, saying the fear to get medical aid can hinder the fight against the deadly virus.

“I am concerned, but I know that our city, our county, our state started early and hopefully they’re going to create the capacity in the hospitals in order to deal with the new cases emerging," he said.

Gomez said he’s also working to bring his constituents who may be stuck overseas back home. He wants to remind everyone that if they have questions or concerns, they can reach out to his office at any time.