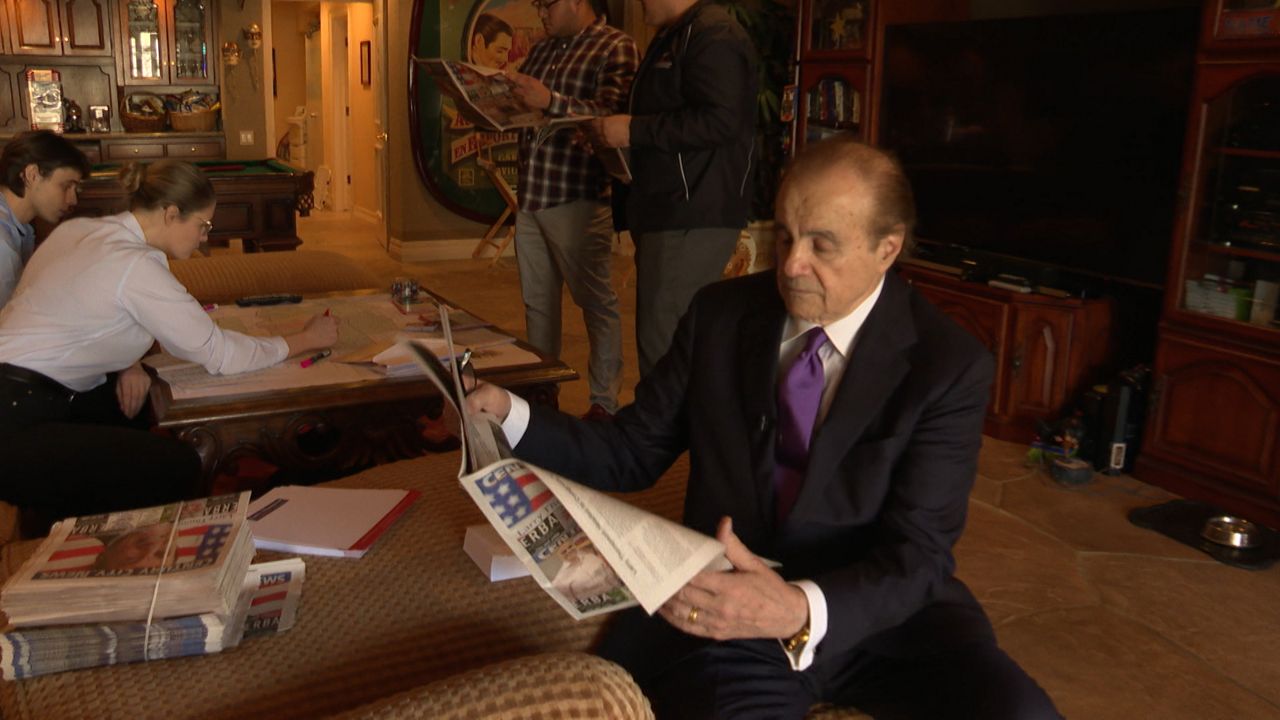 LOS ANGELES — What do politics and Hollywood have in common? According to celebrity manager Larry Thompson, a whole heck of a lot.

“They say politics is show business for ugly people. I don’t know if that’s true but that’s what they say,” he laughed.

Well he thinks there’s a big enough overlap, because after nearly 50 years of managing celebrities from William Shatner to Sonny and Cher, Thompson is running for the United States Congress.

“Now we’re going to move from motion pictures to politics,” he said as he brought us to the lower level of his home, where his campaign team works.

Thompson is running as an independent in California’s 37th District.

But while the transition from the world of Hollywood to the world of politics may seem like a big leap to you, Thompson says there's a lot of similarities between the two.

“Having managed so many stars, I’ve learned to listen and that’s the key. You cant be out there talking about what you're going to do, you have to listen to what people want,” he said. “There’s a lot to do with politics in show business. You learn the aspects of the media, but deep down you have to care,” he said.

Thompson says his platform is encouraging people to use common sense and common civility to find common ground to solve what he says are our common issues. The great divide and all the fighting he says he sees in America made him want to run for office. He hopes people will support him, but he’s not expecting that from his clients.

“I've always told my clients my entire career don’t get involved in politics, don’t take a side,” he said.

In other words, do as he says, not as he does.