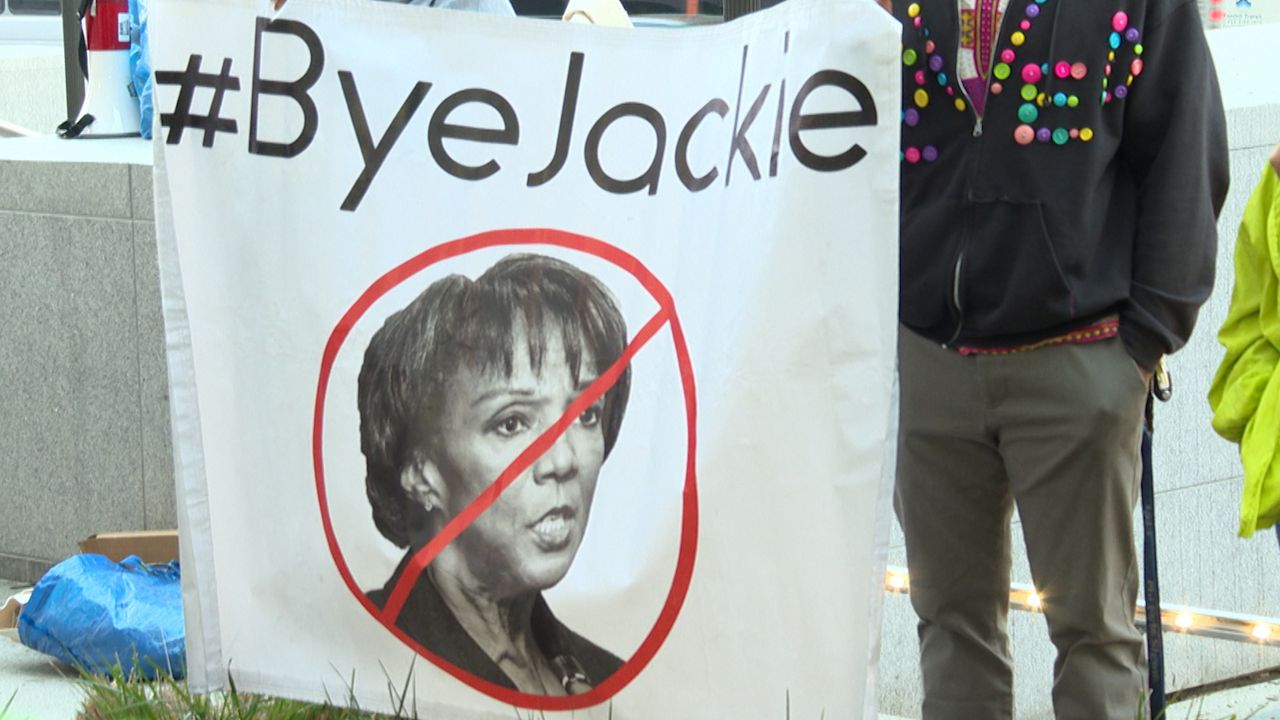 LOS ANGELES – Every Wednesday, the words “Jackie Lacey must go,” are chanted outside of the L.A. District Attorney’s office.

Melina Abdullah is one of the co-founders of Black Lives Matter Los Angeles. Her group meets every Wednesday for two hours in protest of D.A. Lacey outside of her office. They believe she has not done enough to prosecute officers in police-related deaths involving minorities and they also think she over prosecutes crimes involving minorities.

“I’m a mother of three children and I know my children are vulnerable to police violence and unless they’re held accountable, unless Jackie Lacey prosecutes police when they brutalize and kills us, then my children will be even more vulnerable,” Abdullah said.

She says Lacey is a black woman who doesn’t represent the interests of black people.

“Not only her refusal to prosecute police, but her zeal in prosecuting black folks,” said Abdullah.

She says the group is not officially supporting Lacey’s opponent, D.A. candidate George Gascon, but they just want Lacey out of office,

Jamie McBride sees it completely different. He is one of the directors of the Los Angeles Police Protective League. According to him, police and Lacey both share the same passion for fighting crime.

He has been a member of law enforcement for over 30 years, and feels Gascon, who was a former D.A in San Francisco would open the flood gates of crime in L.A.

“I was just in San Francisco three weeks ago, talking to the police officers’ association up there, and there’s several times where he refuses to file charges on people committing violent crimes, and these people get out again, and continue to commit violent crimes, and that’s going to continue down here, if he becomes district attorney,” said McBride.

This detective wants a D.A. who will be tough on criminals, while the Black Lives Matter group just wants fair treatment from the office. Both will make their voices heard hoping for a result they want on election day.

Jackie Lacey did respond to the protesters saying, “I wanted to sit down with Black Lives Matter, but do it without the screaming and the yelling, the accusations, and really look at what are the solutions.”

“I felt like I really wasn’t given the opportunity to have a meaningful dialogue with them, and I offered,” Lacey said.